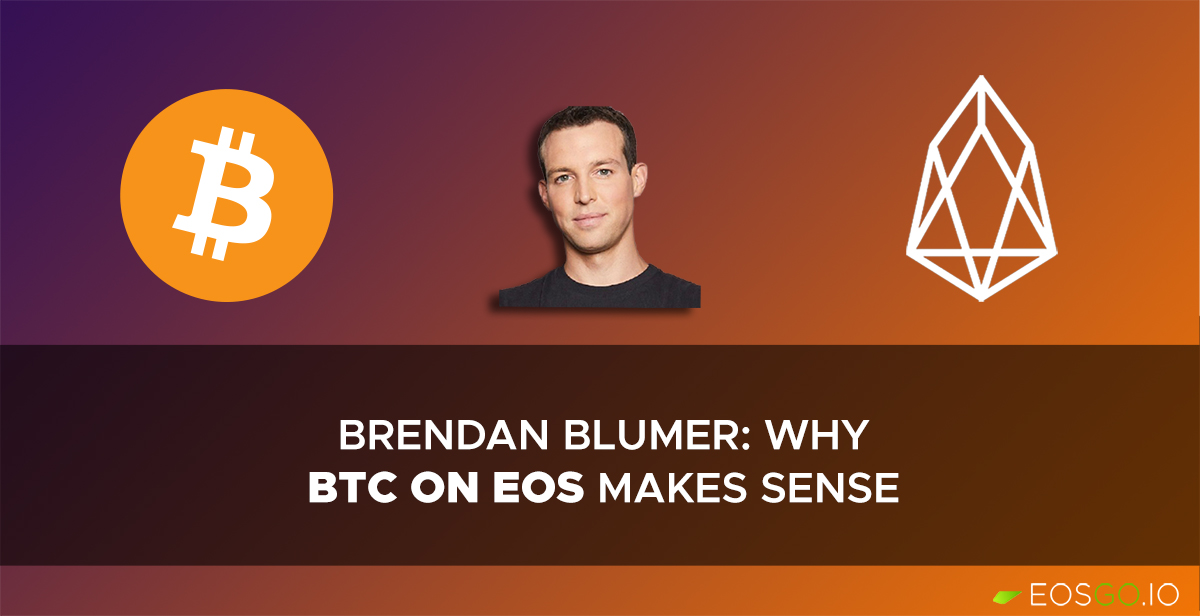 In his recent tweets, Brendan Blumer wanted to express his opinion on how BTC could leverage the advanced EOS technology to improve Bitcoin scalability. He also left some interesting insights on Block.One's intentions with EOS.

According to Brendan Blumer, a wrapped version of BTC on EOS could already achieve many advantages:

Indeed, some versions of Bitcoin already exist on the EOS blockchain, such as EBTC or soon pTokens. These tokens allow users to lock a certain amount of Bitcoin on its blockchain and then transfer it as a BTC-"copy" token on the EOS blockchain. Allowing users to return to the Bitcoin blockchain at any time. In this way an bitcoin owner could complete a series of transactions on EOS, which on Bitcoin would cost much more in terms of fees and time. Unfortunately, from the exchange volume, it does not seem to us that they are currently a very popular solution.

In subsequent tweets, Brendan Blumer replied to some questions asked by the community. In particular, the user KAI86 proposed to eliminate completely the 100M EOS in Block.One's possession, being disappointed by their inactivity. Brendan seemed to agree with this proposal, saying that the decision should be up to the community, to confirm the decentralization of EOS.

In conclusion, he stated how EOS remains "a core part of our long term plans ". We can therefore expect more updates from Block.One, remembering that by the end of the year they promised to announce a new product and extensive marketing. 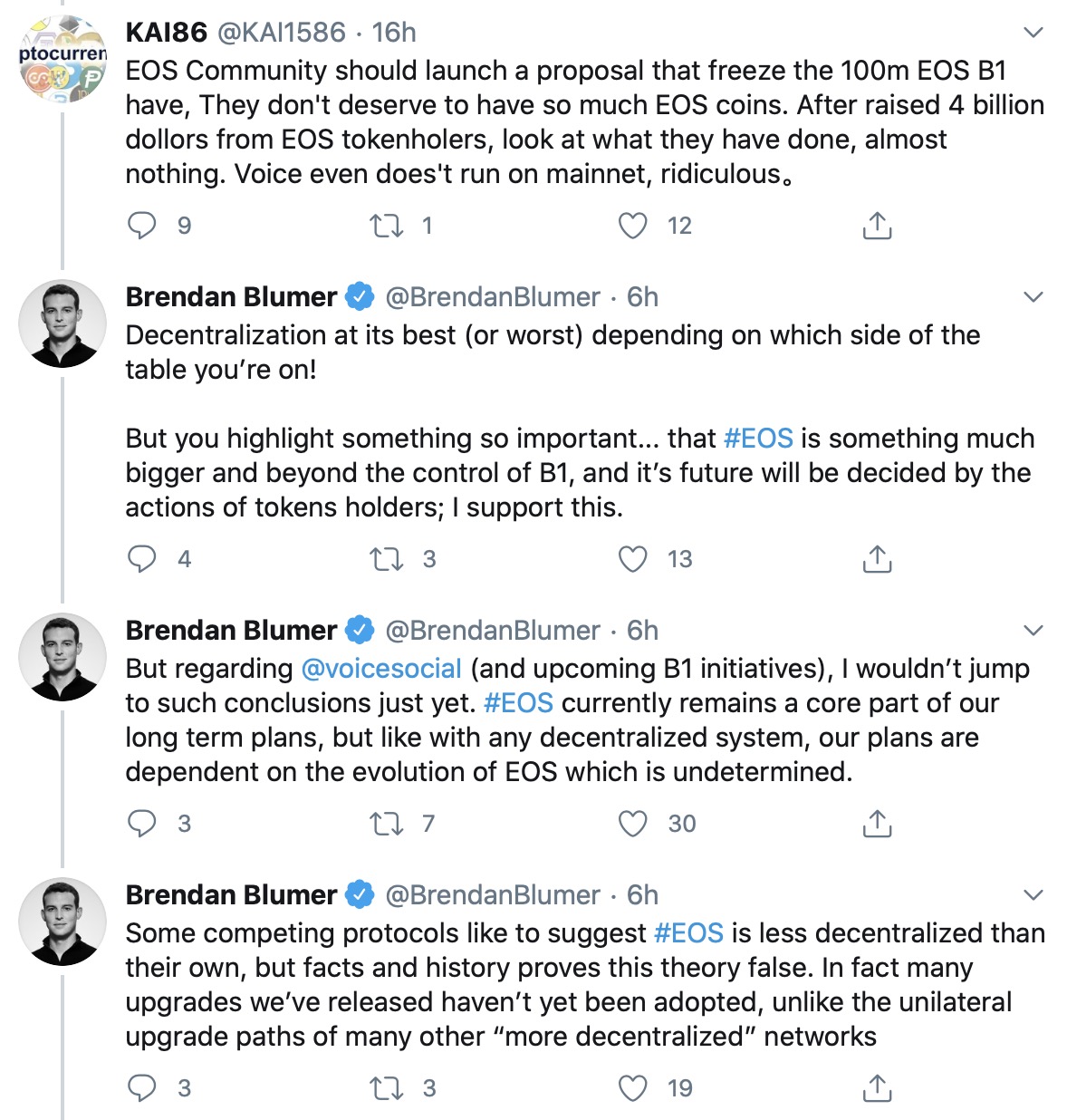 Given the upcoming release of eosfinex, the team decided to share more details about their EOSIO architecture and roadm...