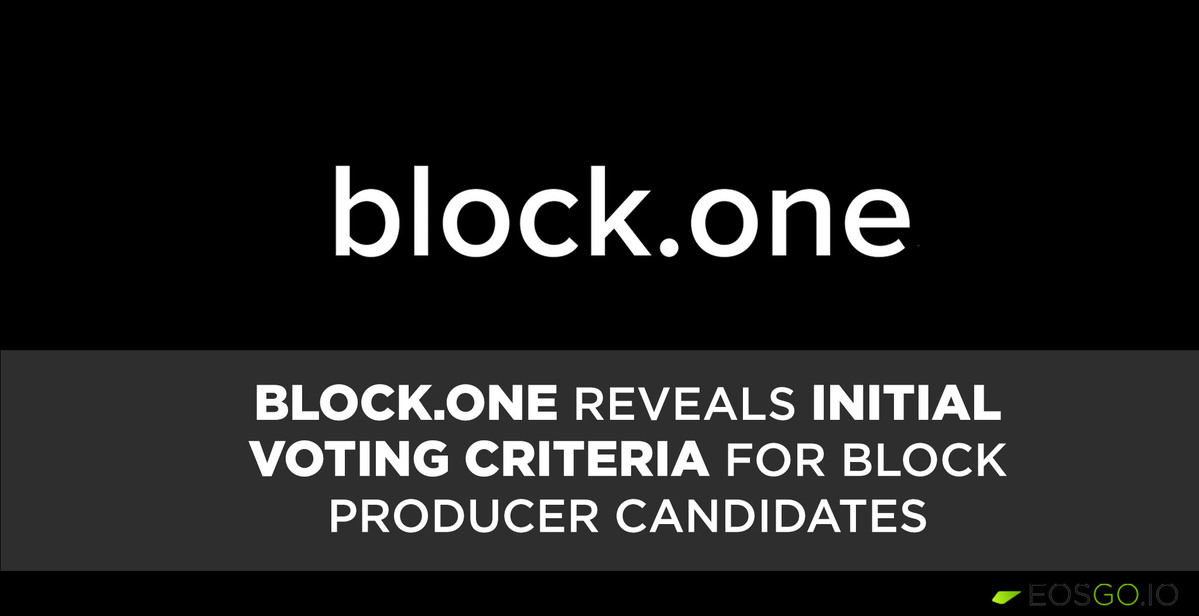 The community has been waiting for more updates and details since Block.one announced that they would vote for Block Producers on EOS at the end of May. Finally today, Block.one released the initial criteria and next steps for voting.

Block.one said that, considering the amount of open source tools and user tools that block producers have been providing to the community, in addition to the regular operation of the network, the combined consideration will support them in a relatively fair and reasonable manner.

The current initial ballot format will be based on a rotating schedule of votes for BP candidates, with no upper limit. The initial vote count will be 10 million EOS, with a possible gradual increase.

Basic requirements for BP candidates to get a Block.one vote.

All Block Producer candidates are asked to send a summary of their most valuable contributions achieved as BPs and information related to the above voting criteria to pbe@block.one by 11:59 UTC time on 22 May 2020.

The PBE sector of Block.One is working on an independent EOS Foundation project. After launch, it may operate in conjunction with the proxy weights of the tokens Block.One uses to vote.

In the information displayed by EOSX, Block.one has already created a dedicated account for voting and has purchased and mortgaged resources in several instances.

The published initial voting criteria will be adjusted and improved at a later date through community feedback or other factors, so stay tuned for subsequent updates.

Drop us a line in the Telegram group or on Twitter and join us in guessing which BP will get 10 million votes in the first round!

WAX recently announced the integration of Chainlink, the decentralized oracle network, to provide off-chain data and re...