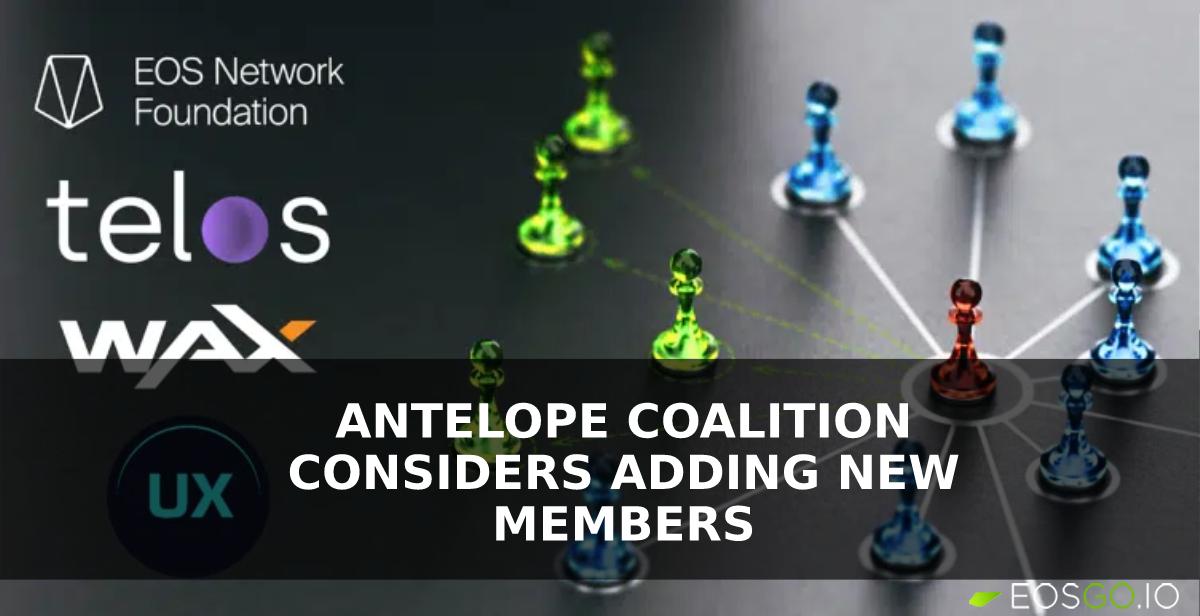 The Antelope Coalition is one of the most important developments in the blockchain industry and something that enthusiasts of blockchain technology should be keeping a watchful eye on. The coalition was founded early this year (publishing its Statement of Purpose in March) with founding members consisting of the EOS Network Foundation, Telos, WAX, and UX Network blockchains.

A month later the coalition members had committed $8 million in annual funding for core development and developer outreach. It’s also the work and efforts of this coalition that resulted in the recent rebranding of the EOSIO protocol to the new Antelope name.

In their latest meeting they discussed topics such as the upcoming inter-blockchain communication (IBC) initiative, the recently published Scalability+ Blue Paper, and other development updates. The last topic of this meeting was in regards to setting parameters for deciding on when and how new blockchains can be added to the coalition.

As one of the most performant blockchain protocols in the industry, Antelope (formerly EOSIO) has been the first choice for different types of entities to implement blockchain for public and private use. It seems that other blockchains based on the Antelope protocol are looking into joining the Antelope coalition.

“We’ve been getting chains reaching out, and it’s happened before as well in the last six months, but we’re getting more and more inquiries as Antelope is making splashes externally now. Other EOSIO/Antelope chains, that we didn’t even know exist, that have user bases, that have funding, that have their own GitHub repos, that actually have traction - are reaching out.” - Yves La Rose (ENF Founder and CEO)

Yves also mentions that some of these chains that want to join the coalition are those that were initially skeptical of joining but have since come around and are now interested in being members.

Here’s a list of Antelope/EOSIO chains that could potentially find their way into the coalition:

● Libre - a chain for scaling Bitcoin

● Plus a dozen other public and private chains

As shown in the examples above, each of these Antelope/EOSIO blockchains have something different to offer the market. Whether they can be of value to the Antelope Coalition is something that the four current members and founders of the coalition will have to consider.

The idea of a larger Antelope Coalition with more valuable members is intriguing. It could open up greater opportunities considering that members actively collaborate in efforts to grow the Antelope ecosystem as whole. Having the right members join would also create for a bigger network effect once IBC is implemented.

In their latest article, LiquidApps published an article discussing the value of NFTs, their features, and how the DAPP...