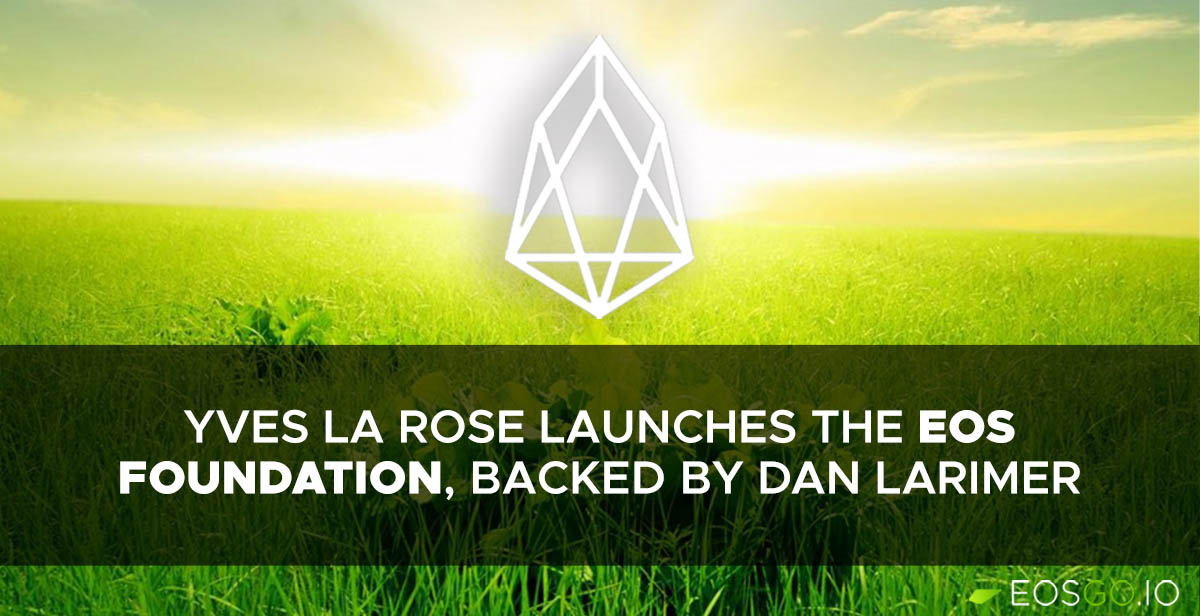 After Yves La Rose stepped down from his CEO role at EOS Nation, he's back in the spotlight, conceiving and launching the EOS Foundation. A new foundation for the development of the EOS ecosystem and backed by Dan Larimer.

In about two months after Yves left EOS Nation, he had a lot more free time to think about how EOS needed support the most. Discussing this with various players within the community and various stakeholders, and in particular with Dan Larimer, the former CTO of Block.One.

"Some of these key discussions have been with the creator and architect of EOSIO, Dan Larimer. His advice has been instrumental in ensuring that the Foundation has the best chance of success and heads in the right direction from the start, streamlining the ultimate goal. His ongoing guidance and support is much appreciated."

From these discussions came the EOS Foundation, a new foundation to promote development within the EOS Mainnet by providing grants, sponsorships and key infrastructure support. Indeed, EOS was not able to attract and retain developers and businesses to build on its blockchain, precisely because it lacked an entity that could allocate funding and coordinate resources of the ecosystem.

The EOS Foundation will be able to be more efficient, thanks in part to its centralized business approach, which will allow it to make faster and more decisive calls. Furthermore, the foundation will cooperate with Eden, to combine a centralized aspect with the decentralized system for funding within the ecosystem.

Dan Larimer himself wanted to announce his approval for such cooperation, and in particular for the launch of the Foundation.

At the moment Yves, on behalf of the EOS Foundation, is asking Block Producers to support the foundation by increasing the inflation of the network by 2% for its use. In addition to this, the legacy name and ram fees must be placed under his stewardship, and on a periodic basis, transfers from the inflation savings account for ongoing operations must be requested. Through these operations it will be possible to get the EOS Foundation up and running, ensuring ecosystem growth, support, and marketing initiatives for EOS.