Why EOS Might Be A GOOD Investment For You 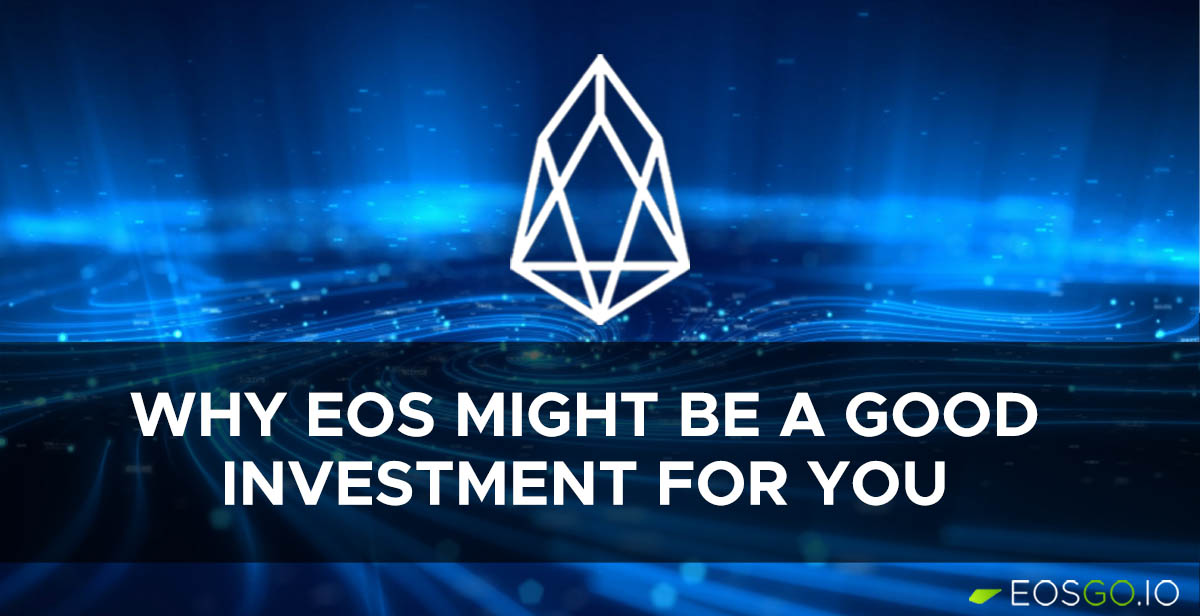 *[***Please Note*: This is a two-part article meant to present the arguments for and against EOS in order to provide unbiased information which represents competing perspectives regarding the future of EOS, especially in the sense of expected financial value – this is NOT financial advice. The next part is found at the end of this article.]***

In order to fully appreciate EOS as a sound investment for you and the world around you, we first need to go back to the beginning of when it all started. I know some of you may not have been around the blockchain space that long but understanding the historic events which led to the inception of Bitcoin (blockchain) will help give a deeper perspective of the task EOS is taking on. A perspective that has eluded many cryptocurrency investors.

Before there ever were NFT’s, decentralized finance, cryptocurrencies or decentralized immutable ledgers; few of us were longing for a means to bring about change to a fiat system we understood to be inefficient and exclusive. A fiat system – fiat meaning an arbitrary or authoritative order – is a system enforced by a government. Considering that most people don’t trust their government, they also don’t trust it to have their best interests, and rightly so as the fiat system at its foundation is built to serve its rulers – to help them retain power and control.

When Bitcoin was invented and launched in 2009 it represented a means of expression (monetarily) that the people could have full control of, eliminating the notion of authorities. A monetary expression that could not be censored, altered, or artificially inflated to target individuals or groups who are considered a threat to those in power as it happens within the fiat system. It was this idea of freedom of expression, association, and transaction, brought on by Bitcoin through blockchain technology, that drew many of the people here today to raise the technology’s standards to current heights.

Unfortunately, not everyone came into this space for the technology. An ever-growing number of people are drawn to blockchain, not because of the tech, but the many assets known as cryptocurrencies/tokens whose price seem to ever-appreciate. Price appreciation on blockchain is a double-edged sword. On one side the price appreciation is good because it represents a growing demand and the transition from fiat currencies (fiat system) to a more just system. On the other side, the sharp price rises for anything “blockchain” related highlight the mania that the industry is going through. The initial vision of this technology (as introduced by Satoshi Nakamoto) has for the most part been blurred out by the sight of “gainz”.

It was around the ICO (initial coin offering) era that things became clearer on the direction the industry was taking. The perks that cryptocurrency provides for the entire blockchain ecosystem come with a couple of challenges. The biggest of which would be crypto’s ability to distract people from the initial point of blockchain. At the peak, many ICO’s raised funds for ideas they had no intentions of executing. Even the few who had planned to produce a product or service found themselves overwhelmed by the large amounts they managed to raise without having an actual product that they eventually succumbed to the idea of retiring early and enjoying their newfound wealth. During this time investors, new and old, got into the habit of investing in projects without doing their due diligence. A habit that has since been etched to anything that shows signs of virality in this industry. Thus, the prevalence of meme coins and/or shit coins, so to speak.

So, when EOS launched its ICO during this era it represented a paradigm shift within the shifting paradigm of blockchain technologies; one that meant an actual product would be built with an emphasis on high functionality to serve the global population. The ideology was that blockchain was still in its infancy and that to move it forward it would require all our efforts because the adversaries we are facing in the fiat system are much more experienced and cunning in their efforts to maintain power and control over the global population. EOS instantly became the first initiative since Bitcoin to carry the baton forward for liberating the world from the ills of the old system because it not only claims it, as every other blockchain did at the time and continues to do, but it takes the risks and makes an actual effort to do so.

As one can imagine, taking on an adversary that has centuries of experience over you is no easy feat, certainly something that can’t be achieved in a matter of a few years regardless of the many advantages that blockchain technology and cryptocurrencies provide over incumbents. This adversary seems to have found a way to entice and distract the masses in the crypto space, - by rewarding them for their participation in blockchain technologies that are centralized and often inferior in quality. In other words, in the technologies that complement their existing systems of control over the masses by making the vehicles that drive these systems more efficient and reliable.

An investment in EOS is not necessarily in a token that could make you rich in the future, it’s rather an investment in a decentralized, freer, and more just ecosystem to interact with. The purchase of EOS tokens is a key to participation in this experiment, a first-class learning experience on the challenges and benefits of taking on a Goliath of a system, and an involvement in helping shape a better future. A future with all the great benefits of blockchain and where the uncompromising of decentralization meant individual freedoms for all.

The question then is: How much is that worth to you?

Today the Ultra announced that the two faces of Scatter: Nathan and Rami James are going to move and work for the ULTRA...

--- **What is CryptoLocally?** CryptoLocally is a Peer-to-Peer (P2P) crypto trading platform that supports many next-...