Weiss Crypto Ratings downgraded EOS from a B to a C- 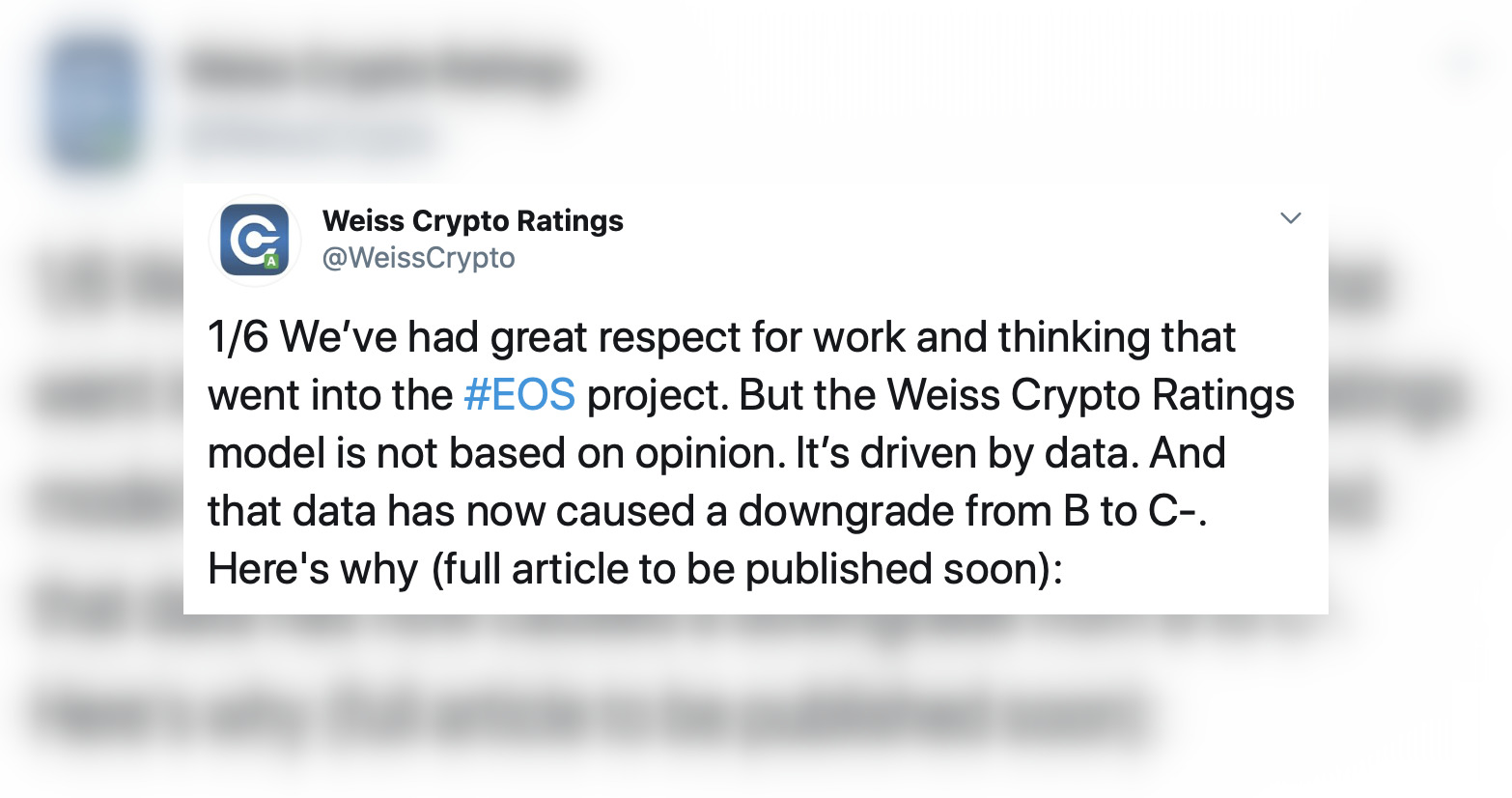 The cryptocurrency rating service Weiss Crypto Ratings announced that it would downgrade EOS within their rating from a B grade to a C-. Currently the announcement was made only on Twitter, while a full article with all the explanation on the rationale should be published soon.

The first three reasons for the downgrade seem to be:

Recently Weiss Crypto was at the center of a criticism about the credibility of their ratings, as their Twitter account had publicly stated that Cardano (ADA) was clearly superior to EOS, while EOS was ranked as many as 6 positions above ADA in their own rating.