Violet Garden: "What Voice Could Have Been" 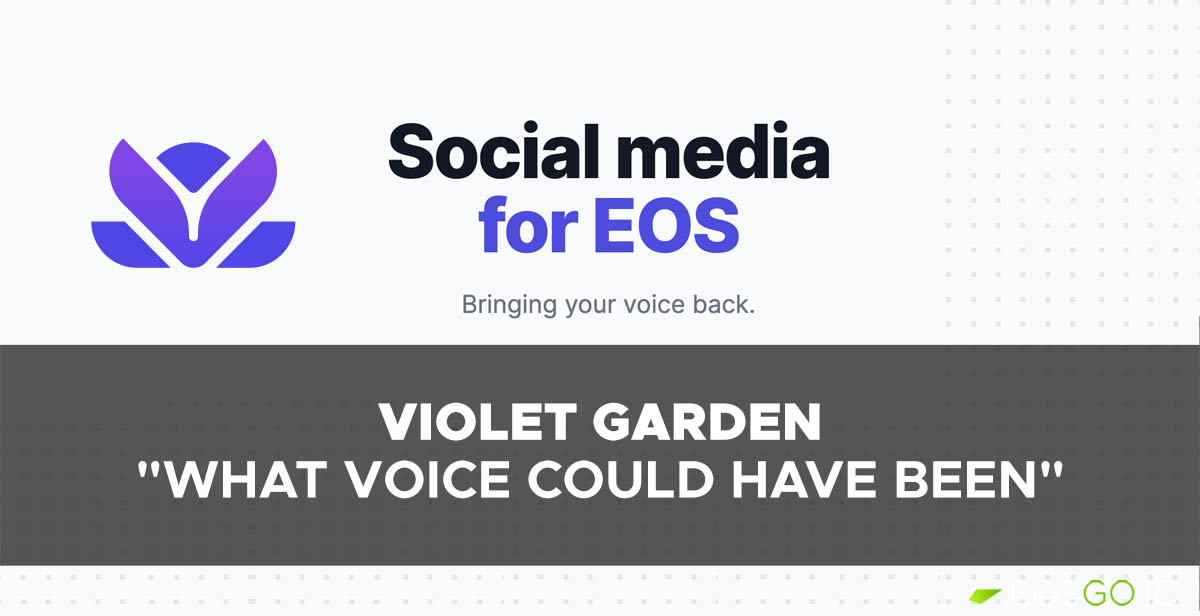 Violet Garden is a new social media network implemented by a community member, which follows the mechanics that gave birth to the first version of Voice. Dan Larimer defined it as: "What Voice could have been on #EOS".

The initial ideas that gave birth to the current Voice: the social media network launched by Block.One, currently based on NFT and powered by EOSIO, were quite different from what the platform is now focused on.

The idea of Voice introduced at the event organized by Block.One in the summer of 2019, the B1 June, was based on a token with a fair distribution model that could only be received by being a user with real content The initial strengths of Voice, were based on its tokenomics and content bidding system. In particular the bidding system was based on the mechanics first introduced by Pixel Master, the first collaborative artwork on blockchain where users earned money by drawing pixels. Leveraging the bidding mechanisms of Pixel Master, users on Voice could make bids on content created by other users, earning a profit if some other user considered the content valid, and made a bid in turn. In this way, not only the bidders earned money, but also the content creator himself, as he receives a fee for each bid made on his content.

Through this simple system, Voice promoted the creation, sharing, discovery and promotion of content on social media platforms by its users, who had to be verified as real users to avoid spam bots.

Over the years, however, the initial vision of Voice, has moved towards a system based on NFTs, which could be just as effective, but certainly different from the initial ideas.

So Violet Garden came into play, a new social media developed by the community itself, which is based on the concepts of Voice: 1. Unique Identity: 2. Get paid for creating content and bidding 3. Instant Payment

Basically every day Violet Garden users can claim 50 VIO tokens for free, which will then be used to bid on other users' posts. Every time a user bids on a post, the previous bidder receives a 10% commission, as does the Content Creator. Currently to ensure that all users are unique identities, and thus avoid the creation of bots, only Eden members, verified through the Eden community selection process, can participate. The platform is starting to take traction, you can see the home of the posts currently published on: https://violet.garden/home