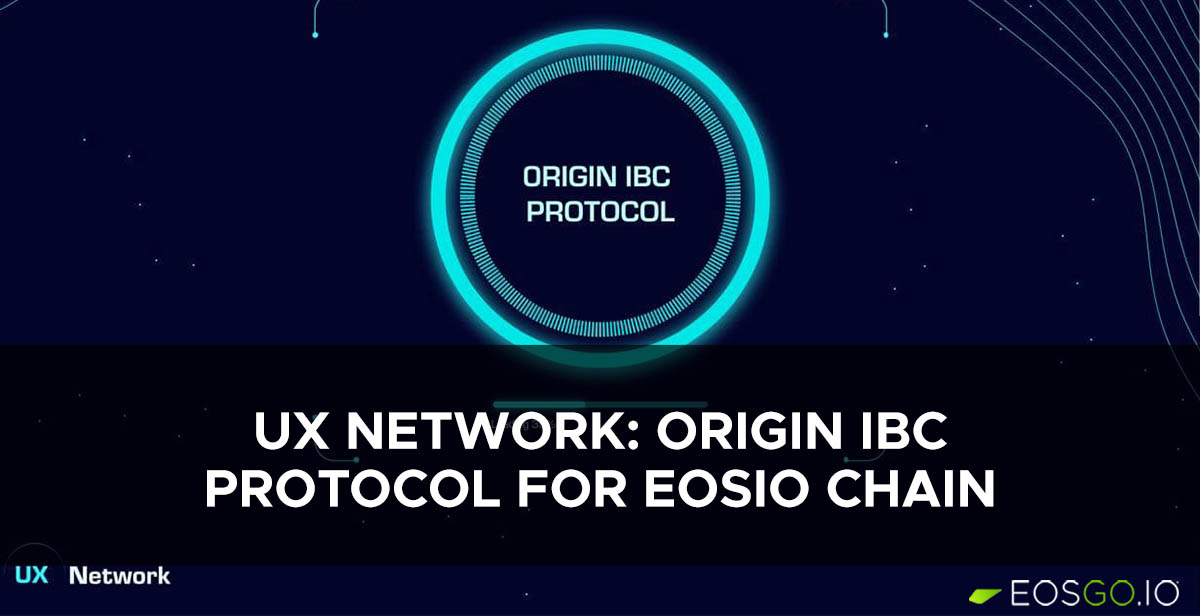 The UX Network announced its Origin IBC Protocol, a protocol for inter-blockchain communication that does not rely on third party infrastructure, but allows communication between EOSIO chains simply via API endpoints and standard history solutions.

The first implementation of the protocol is currently in alpha / prototype version, and it works correctly in most cases. The protocol is innovative as it does not require third party infrastructure, such as oracles, witnesses, relayers, state channels or off-chain computations, but exploits the deterministic finality of the EOSIO DPOS consensus algorithm.

Basically, the protocol allows to collect the required data from a chain, and compact it in a computationally-inexpensive to verify proof of an action that will then be sent to a smart contract for verification and homologation. From this base it will be possible to develop additional services such as cross-chain hash lock / time lock contracts, wrapped tokens and distributed smart contracts.

The first service to be launched will be a wrapped token contract that will allow for the first time interchain transfers of tokens in a fully trustless and permissionless manner, also guaranteeing protection against double-spending. The key to allow the functionality of this system is deterministic finality, so currently Origin IBC Protocol can support standard EOSIO to EOSIO chains and uses dfuse as the default history solution. However, the roadmap foresees the integration of other architectures, such as EVM (Ethereum, Binance), Cardano, and others.

The first feature of eosio v1.8 has finally been released and it's now live on the EOS mainnet. his is ONLY_BILL_FIRST_...