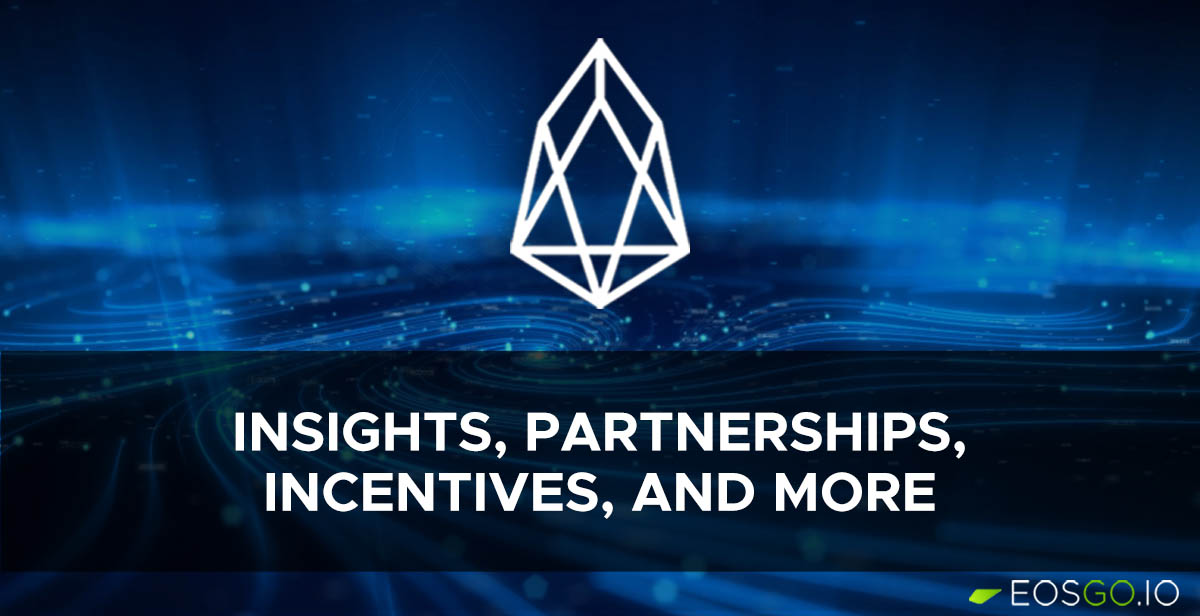 In the journey towards re-establishing the EOS network following the separation with Block.one, each week provides a lot of exciting developments, some of them are planned and others come as a total surprise. Planned or not, the general direction of developments suggest that the new EOS will be a whole lot better than what it’s been these last couple of years since launch.

The week started on such an unexpected note with the creator of Ethereum defining EOS as Ethereum On Steroids. That statement caused a lot of drama as much of the Ethereum camp was perplexed by this, for obvious reasons, and some outright called the statement as sarcastic. 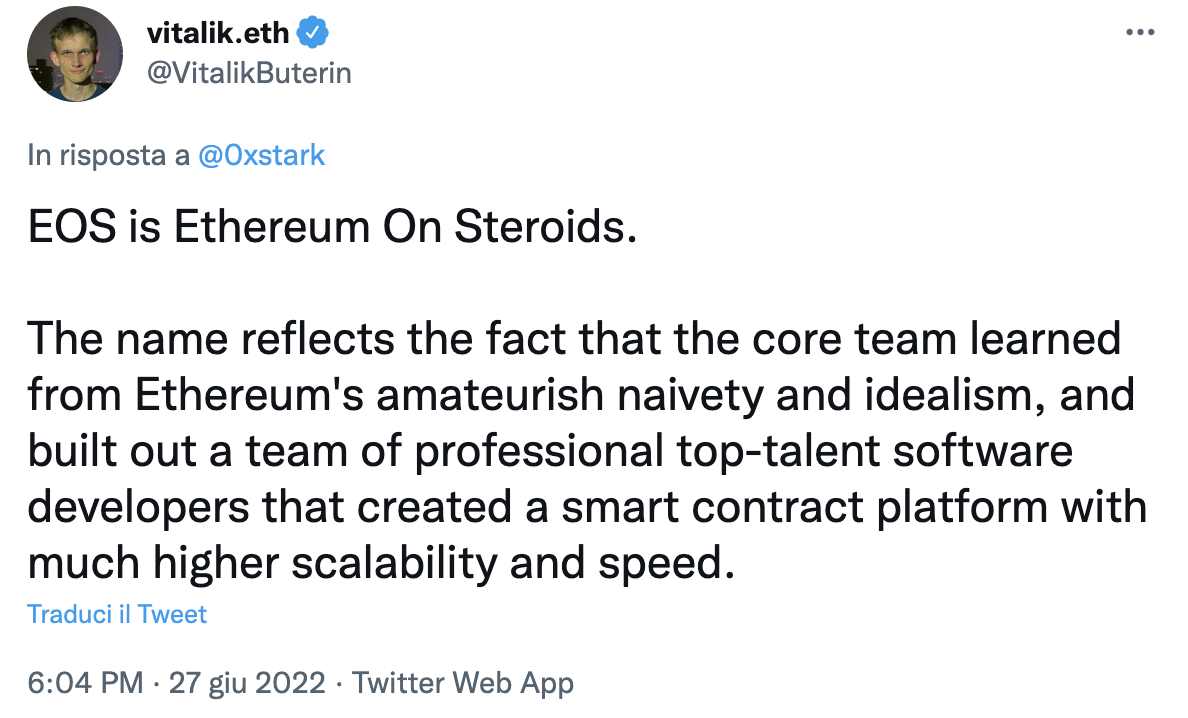 However, many in the blockchain community were intrigued by the statement as it shed light on a blockchain many were not aware of or had disregarded as a subpar technology. Either way the statement has had a net positive result as it’s caused many in the industry to look EOS up and consider its many benefits over chains like Ethereum.

EOS’ leading dApp and a top 5 game in the blockchain industry by daily active users has partnered with Portugal’s number one football club, FC Porto. The club, which was recently crowned champions of Portugal’s top division league, is considered as one of Europe’s best football clubs having won the continent most coveted club competition - Champions League - twice,

“The Top Portuguese Football Club Will Be the First to Build its Virtual Stadium, Create Collectible Team and Player NFTs, and Empower Fans and Uplanders to Connect with the Club Via Innovative Engagement Formats”

The partnership sees FC Porto become Europe’s first team to be a part of the metaverse. Upland’s metaverse is mapped to the real world in the literal sense. Using blockchain technology, FC Porto will be able to engage and monetize its global fanbase in fun ways that have never been possible before.

Korea’s leading digital assets exchange, Bithumb, has introduced a EOS staking service to its more than 8 million registered users. The staking service which targets some of its listed POS (Proof of Stake) and DPoS (Delegated Proof of Stake) assets will enable those who hold their EOS tokens on the exchange to earn an annual rate of 1-2%.

Any of Bithumb’s nine thousand unique daily users with a minimum of 10 EOS will be able to earn from their holdings. This also provides opportunities for its users to learn more about the cryptocurrency and its blockchain, and the benefits it provides. Bithumb on the other hand is most likely positioning itself to be a top block producer on the EOS network. Following a trend of ‘exchange wars’ where exchanges are incentivized to create more value for EOS token holders on their platforms in order to gain their votes.

Pomelo is preparing for the next season of its crowdfunding program to support public goods on the EOS network following a highly successful season 2. Leading up to the new season on July 19, Pomelo is fundraising for season 3 with a sale of NFTs where proceeds will go towards funding the matching pool.

On June 21, Carbon NFTs went on sale for 1.5 EOS each with a total supply of 5000 NFTs. On June 28 it was followed by the sale of Grant Collectible packs, each pack selling for 6 EOS and with a total supply of 650 packs. If all both NFTs sell out the initiative will have raised double the amount raised in the previous season.

The recent EOSIO coalition call was filled with updates regarding the progress that has been made in the past week. In it it discussed Faster Finality, Native IBC, Financial Restructuring Proposal, Rebranding Updates, and Current Market Conditions.

During the call, which had members representing their respective chains (EOS, Telos, WAX, UX Network), the rebranding of EOSIO to the new Mandel was discussed, along with the release of the second iteration of its release candidate this coming Tuesday.

The coalition also made comments of how inter-blockchain communication (IBC) between EOSIO blockchains could benefit from a “super token” that’s backed by the cryptocurrencies of each participating chain. Not much else has been shared about this new idea of a super token, at least for now.

The recently formed Yield+ Working Group has published the most anticipated Blue Paper on EOS thus far. In it, the Yiel...