This Week: EOS Re-Enters the Top 50 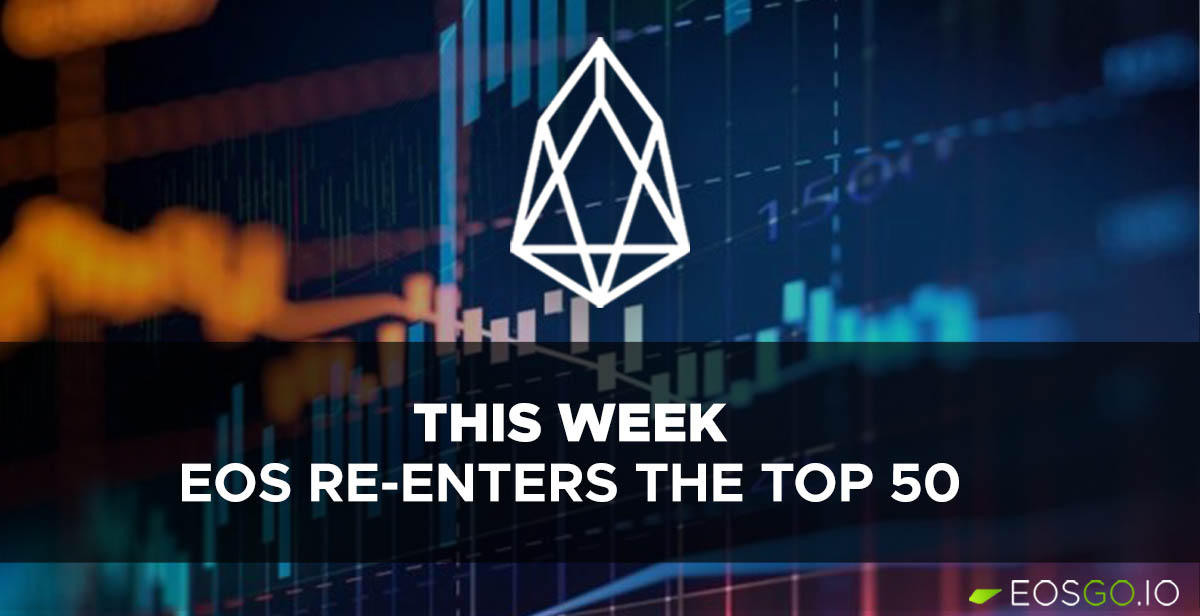 After spending two weeks out of the top 50 tokens by market cap, EOS has made its way back into the list this week. Following another epic run these past 7 days, EOS saw bullish trades that led to a sharp wick to the upside marking a 17.67% rise in its price in the space of two hours. This signaled that perhaps a whale, or a couple of them, were purchasing EOS at that point in time.

Interestingly, leading up to the rally Brock Pierce, cofounder of Block.one and CEO of Helios - an EOS VC Fund, made a claim that he had sold all of his shares in Block.one, including his portion of 240,000 BTC in the company.

A few days later, Iconic Funds, a crypto asset management company, announced that it will be creating the first EOS ETP (Exchange Traded Product) for the European financial market. Meaning traditional investors would - for the first time - gain access to EOS through the traditional products they’re already accustomed with.

That news and the statement by Brock Pierce led the EOS price to briefly cross the $3 mark this week for the first time since January of this year, leading many members of the community to believe this to be the signal for a parabolic move up for the token this year.

EOS has been steadily increasing for three consecutive weeks now, with 12%, $14%, and 11% week-to-week increases. The cryptocurrency has also had solid days where it's been a top performer in the market.

Ultra has made its first publisher announcement: Skybound Entertainment, to publish a series of games on Ultra, includi...

ITAM Games also joins the list of dApps that move from EOS to WAX, after announcing the transition of its entire mobile...