This Week: A Stronger EOS Ecosystem 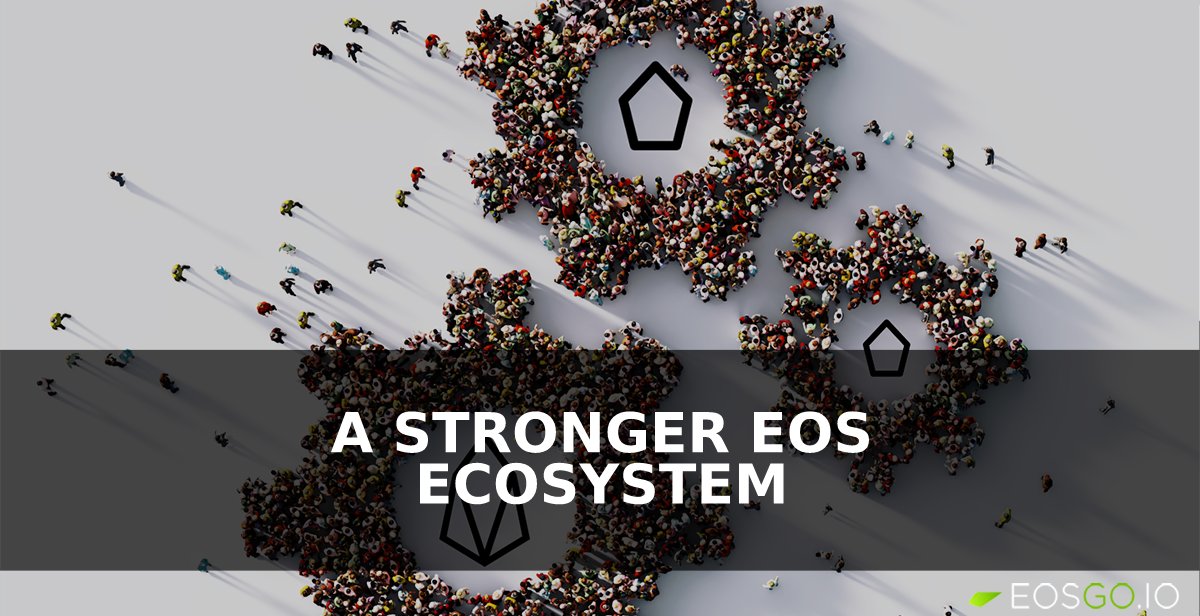 Whether judging from the past year, the last quarter, or this last week; one thing is apparent - the EOS ecosystem is much stronger right now than it’s ever been in recent years. Many things such as network developments, economic activity, collaborative efforts, and global outreach etc. have since improved.

This week’s recap is yet another highlight of how the EOS ecosystem continues to improve itself. All in the efforts of building a globally recognized Web3/blockchain network capable of facilitating the need of mainstream operations.

Trust EVM hackathon Round 3 gets underway

Following the delayed launch of the Trust EVM mainnet which led to the extension of the Trust EVM hackathon, round 3 for the hackathon is now underway. Round 3 will run until February 12 to coincide with Trust EVM’s mainnet launch in Q1 2023.

The initiative is expected to help market Trust EVM to developers, especially those who are already familiar with building on Ethereum or other EVM chains, and to build a network of strong applications ahead of its launch in Q1. Prizes for each track/category are $5,000 for first, $3,000 for second, and $1,000 for 3rd place. WIth a $150,000 total prize pool.

EOS at blockchain, cryptocurrency, and tech events around the globe

The EOS Network Foundation and its associates who are representing EOS have been on a world tour around Europe, Asia and the UAE to promote EOS. By the time the year ends they would’ve attended over 20 such events since kicking off the tour in September.

This past week, Zaisan attended the Blockchain Expo in London to represent the ENF and EOS. At their on-site booth, at the event, Zaisan enlightened the attendees about the enhanced capabilities that the EOS blockchain has.

A few days earlier Zack Gall, the ENF’s Vice President of Communications, was part of a 5-men panel at the DCENTRAL conference in Miami discussing innovative layer-1 blockchain protocols. Attendees got the opportunity to discover and learn more about the EOS blockchain and its innovative developments.

The EOS Network Foundation has published a Request for Proposal (RFP) for field research that will look into finding possible solutions to tackling the RAM limitations that some Antelope chains are facing.

This publication by the ENF is on behalf of the Antelope Coalition (EOS, WAX, Telos, UX Network). The coalition is focused on fostering technical improvements of the Antelope protocol and effective collaboration and interoperability between member blockchains.

Developer and/or research teams have a December 5 deadline to submit their ‘intent to bid’ for the project. Then the process will go through several stages before a winner is awarded the contract on January 10, 2023.

EOS Developer Documentation gets an overhaul

ENF’s Director of Developer Relations, Nathan James, and his team have made great improvements to the EOS Developer Documentation to make it easier for developers to navigate building on EOS.

The EOS Developer Documentation portal is where developers will find resources such as developer tooling, how to get started, core concepts, tutorials, and many others. Nathan James has said there is a lot more that’s still to be added.

As the EOS network continues to lay the foundations to easily onboard developers of all backgrounds, having documentation that efficiently communicates the blueprints of how to build on its blockchain is vital. With everything that’s been highlighted in this week’s recap it suggests that many developers will soon be interacting with this developer portal.

● We’re bringing EOS to DCENTRAL (Zack Gall as a panelist)

● We will represent the EOS Network Foundation at Blockchain Expo tomorrow! (Zaisan)

● EOS Developer Documentation gets an overhaul

Perhaps in what was the most anticipated event in the EOS community this year, dubbed *Twosday*, Daniel Larimer reveale...