This Week: The EOS Ecosystem Is Growing from Strength to Strength 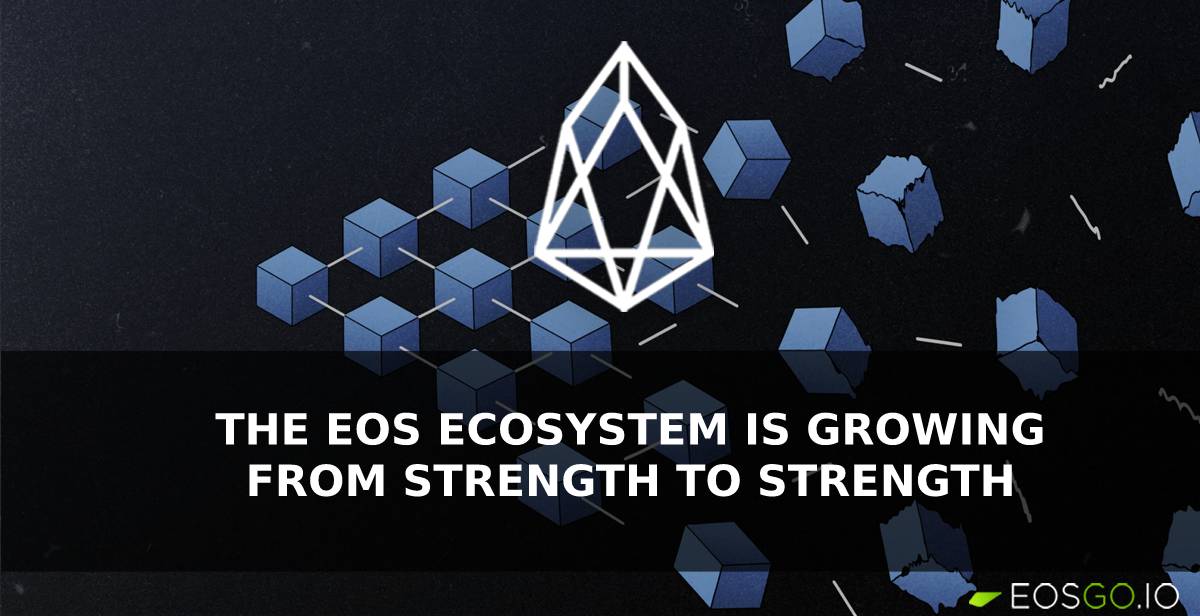 The EOS ecosystem is doing something that’s nearly impossible elsewhere - putting up impressive network developments each and every week. Now, it comes as no surprise to many that most of these impressive developments in EOS have been brought on by the recently founded EOS Network Foundation (ENF). What is surprising though is the speed and effectiveness at which everything is being carried out.

This week is yet another testament to the fast-paced growth of the EOS ecosystem, less than a year since Block.one was expelled from its network.

Coming off a record-breaking second season just three months ago, Pomelo Grants has set a new all-time high record for the number of total approved grants participating in its crowdfunding platform. This also opens up the possibility of breaking donor participation records as the grants’ respective communities visit the platform to support their favored projects.

As of writing, there are already 148 approved grants competing for funding this season, compared to last season’s 140 approved grants. This number will have likely gone up by the time Pomelo grant applications close at 1pm UTC on Monday, August 8. With donations to Pomelo grants closing in 11 days, on August 18.

Earlier in the week the ENF made another addition to its impressive list of hires, this time with the announcement of a new CMO, Patty Fisher. Patty has over 2 decades of experience in the media and tech sectors, and a background in building successful brands as a global marketing leader.

As the ENF’s new CMO, Patty’s focus will be to join the many EOS initiatives, partnerships, and community-led projects into one global EOS brand strategy. This means every initiative that’s endorsed or carried out by the EOS Network Foundation will be branded under the same umbrella, making it easier to market.

It is not yet clear how the strategy will look and operate, but it will become clearer in the coming weeks as a lot of the ENF initiatives are coming to fruition during this second half of the year.

We’ve all been waiting for new updates on the progress of Trust EVM and this week we got two. Firstly, it’s been announced that the formal version of Trust EVM will launch for Beta testing in the next one or two weeks. Secondly, the update on EVM token economics.

The EVM token will play multiple roles on the Trust EVM blockchain, including:

Coming up next week, Trust EVM will publish a Part II of the EVM token mechanics update which will discuss the topics of compensation for read transactions and payments, among other things.

Just three weeks since the first release candidate (RC1) notes were published, the team has now released a third iteration of the Mandel 3.1 release notes. This latest release includes an addition of subjective limits to the ‘mod_exp’ host function, along with several bug fixes and documentation updates.

Mandel is the community-driven consensus upgrade from the EOSIO codebase and is accompanied by a rebrand from EOSIO. The upgrade to Mandel is currently set to take place on September 23, of this year.

With Pomelo breaking new records season after season, the ENF hiring some of the best people in this industry to be a part of the growing EOS ecosystem, Trust EVM (fastest EVM in the industry) soon to launch, and initiatives such as Mandel set to elevate EOS’ technical prowess; it is clear to see that this ecosystem is growing stronger by the week!

On April 28th, a patent was confirmed at Block.One which concerns a method to encourage positive feedbacks on social me...