This Week: Tensions Arise As EOS Strives To Reach Its Greatest Potentials 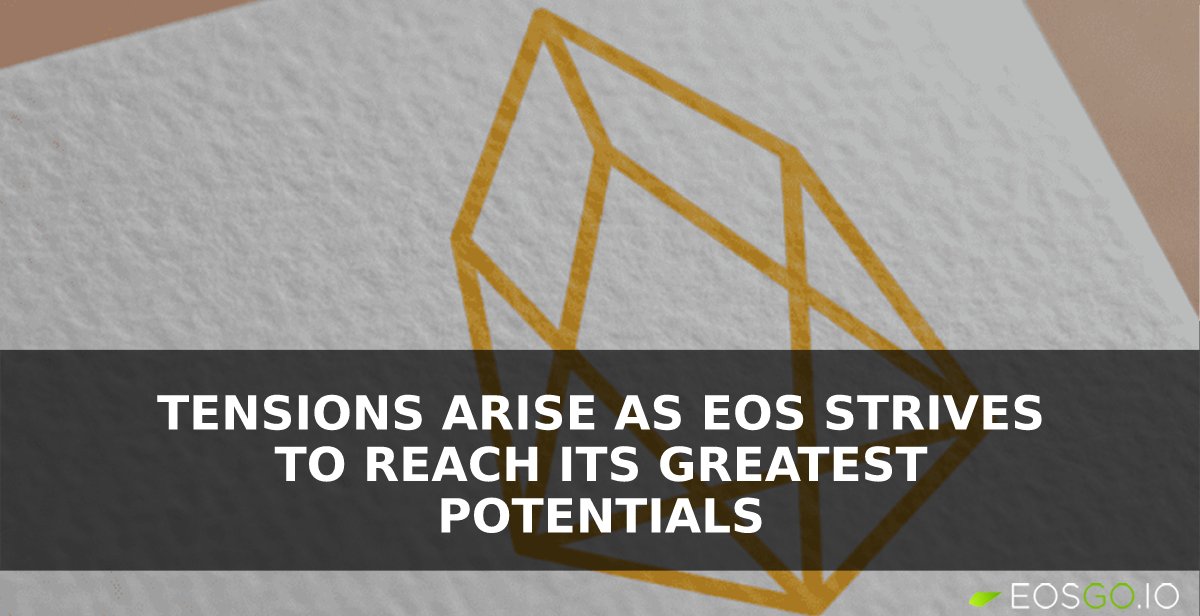 After a week of festive season celebrations and certain initiatives being put on hold, EOS has picked up where it left off in 2022 with positive developments in the new year. The first day of the year saw the EOS Fireside chat also make its return.

In the new year, and perhaps within its first quarter, EOS stakeholders will be looking forward to various developments that are scheduled for completion within the year. Some of which include the launch of Trust EVM, Antelope IBC, and the return of Pomelo Grants for season 5, to name a few.

However, as much as the previous year ended and the new one began with a lot of optimism for the EOS network, there was some bit of controversy in the air.

Towards the final stretch of the year, Block.one, Helios, and Eden announced a donation of 500,000 EOS into Eden (a democratic voting process on EOS) from a Block.one and Helios partnership. The announcement drew polarizing reactions from the EOS community - with some factions of the community seeing this as a positive step towards a stronger ecosystem, and other factions seeing this as a threat on the network itself.

This became a topic of heated debate for the remainder of the year and into the new year. A debate that still carries on today. One member of the community submitted an anonymous article pointing out his views on the negative impact this would have and what it would mean for the EOS network going forward.

Another member of the community took to Twitter to express his views on the matter:

With this creating some rift between the community; one side in support of the ENF and the other in support of Block.one, the side with the most support seems likelier to persevere in its objectives.

As a major pillar of financial support for the EOS ecosystem, the ENF Grant Framework has provided guidelines on how to apply for direct grants. Grant applications are to be completed through Github and then will be reviewed by a Grant Committee before approval.

The three types of grants being considered by the ENF are:

● New Proposal: These projects are initiated by community members and range from core chain enhancements, SDKs, tools, and applications.

● Maintenance Grant: Maintenance grants are also initiated by the community to bring back support for a library, SDK or tool that has fallen out of maintenance.

● RFP Response: From time to time, the ENF will propose a work request to the community in the form of an RFP. All community members, teams and companies are welcome to apply to the RFP.

Based on the size of the project, the ENF will give out three tiers of grants/funding. For each tier there are different criteria and requirements that need to be met before a grant application is approved. The grant amounts are as follows:

Once a grant has been approved the project will continuously be monitored to ensure that it stays on track to delivering on its milestones in a timely manner. Also, depending on the quality of the milestone delivery, the project evaluators have the right to reject the milestone and halt payments until the quality meets the agreed upon standards.

Eden’s democratic process has elected its new Chief Delegates to kick off the year. In an election cycle that saw participation increase by more than three times compared to the last election, with 140 participants this time, only four were elected as Chief Delegates.

Each of the Chief Delegates is allocated funds to help them further the goals on which they ran their campaigns on. Over the next three months these four individuals will be responsible for strengthening Eden’s fundamentals and ensuring that Eden has a clear direction on its future.

As of writing EOS is trading at $0.88. It is currently doing $55 million in daily trading volume and its market cap currently sits at $959,087,830. It is positioned 39th by market cap rankings. All stats are based on CoinMarketCap data.

● Is Block.one Attempting A Takeover Of The EOS Network?

● How to Apply to the ENF Grant Framework

Chintai released the Token Leasing market for DAPP Tokens. This will allow DAPP Network users to exploit the full poten...

On NewsBTC was recently published an article with the top 5 projects that crushed it during 2019. These are the project...