How to choose a blockchain technology, advice from Dan Larimer 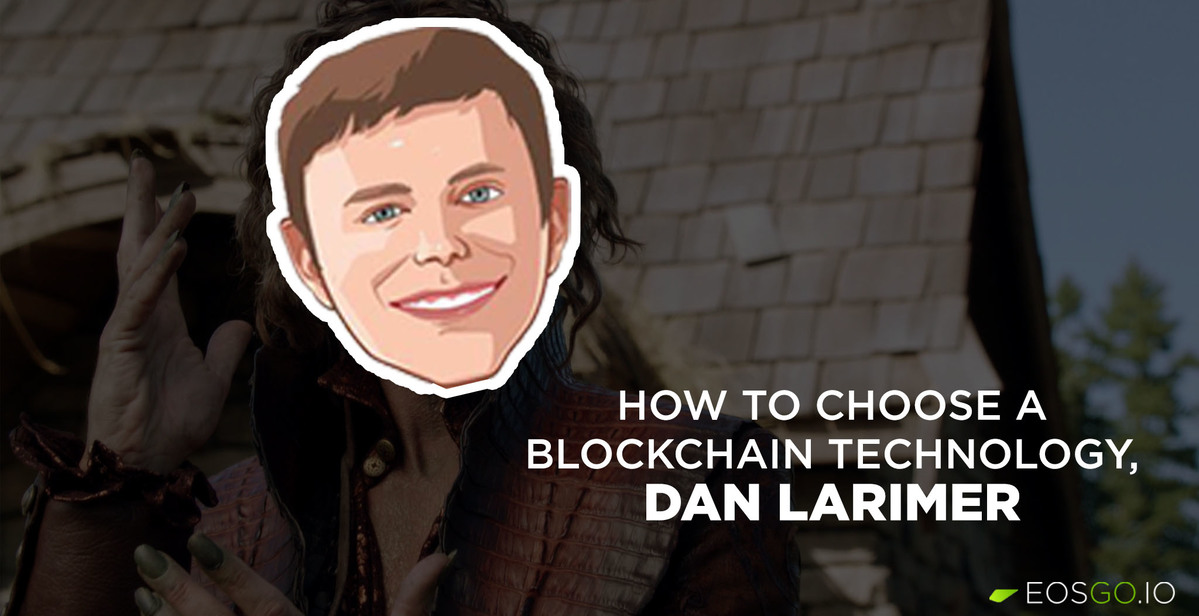 Dan Larimer, CTO of Block.One and behind some of the most innovative blockchain designs (including EOSIO, Stemmit and Bitshares), has published a new article covering some of blockchain technology's trade-offs. In the article he wants to highlight those less obvious problems that can greatly impact the choice of a specific blockchain technology over another.

"When you have an open set of producers with no “trust gate” then your code must make compromises in performance that could be avoided with a “trust but verify” system like DPOS."

Your choice of consensus algorithm impacts a lot more than just how you reach consensus.

(D)PoW and DPoS are more similar than we think because on (D)PoW the mining hardware owners at the governance level correspond to the token holders of a DPoS system. In fact the first ones manage the control on the network through their owned mining power in the same way as the token holders do with tokens on DPoS.

Consequently, regarding the censorship risk, in a (D)PoW system it is necessary to keep decentralized at least 51% of all the mining power that is mainly held by the mining pools, which are equivalent to the Block Producers in the DPoS.

"it only takes 3–4 representatives (pools) to censor a bitcoin or Ethereum transaction and it takes 8 or more to halt a DPOS chain in protest of a specific valid transaction."

For a blockchain to be truly byzantine fault tolerant it must reach the Objective Finality of the information within the blocks.

Blockchains that do not have a closed set of known validators will not be able to reach an objective finality, but only a "high probability of finality" or Subjective Finality.

Among the blockchains with Subjective Finality, Dan includes:

While among the blockchain with Objective Finality:

"Open Entry systems tend to lack finality and any kind of “earned trust” so they are limited by both performance, governance, and latency."

The lack of Objective Finality increases the difficulties of Inter-blockchain Communication (IBC). In fact, when a blockchain without objective finality is integrated into an IBC system, the communicating blockchain will have to wait a long time to be sure of the information transmitted by the first chain. In the case of Bitcoin, it usually waits up to 6+ confirmations.

"What good is a “more decentralized open-entry consensus algorithm” if it means you have a blockchain that has subjective finality and high latency inter-blockchain communication and no ability to leverage “trust but verify” optimizations in the governance layer?"

"On the other hand, there are risks to algorithms that offer finality as well."

Remember “All Blockchain-Magic comes with a price”

In this week article, Cryptomandate explains you how the EOS blockchain managed to shift from a gambling dApps focused ...

Spearheaded by the EOS Network Foundation, the EOS ecosystem has seen more improvements in the last eight months than i...