Hostile takeover on Steem, by TRON and Exchanges. Is EOS in danger? 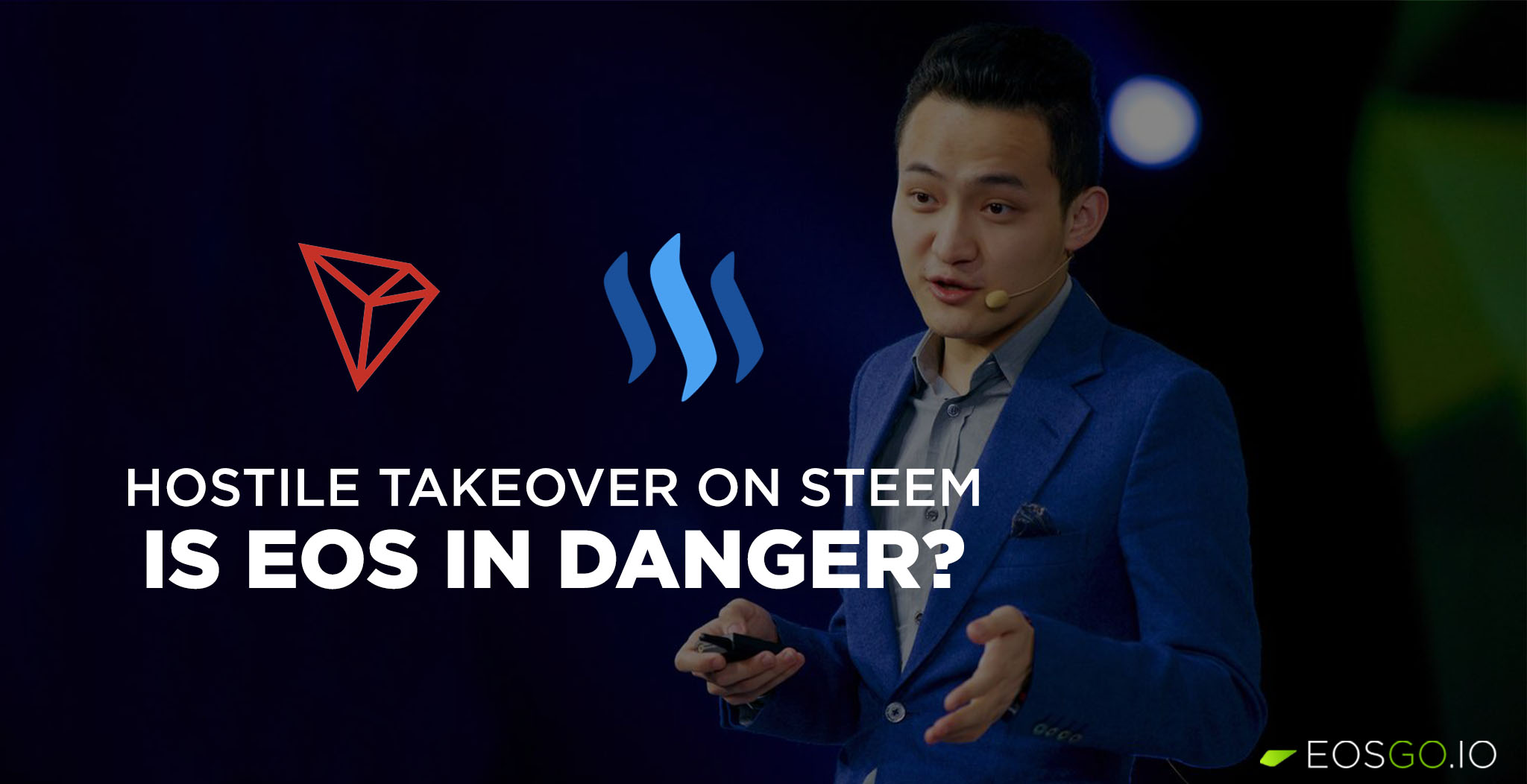 With the help of various exchanges, Justin Sun and Tron managed to neutralize a soft fork implemented by the Steem community. This was considered as a hostile takeover and puts all DPoS chains in a negative light. Is the EOS mainnet in danger as well?

After Justin Sun and Tron bought the decentralized social media Steemit, they consequently gained control of a huge amount of Steem tokens. Worried that TRON's concentration of power on Steem was too intense, the Steem community decided to implement a soft fork to neutralize the funds held by the Tron foundation. As a result, Tron immediately contacted various exchanges (Binance, Huobi, Poloniex) to organize a "hostile takeover" on the chain.

As a matter of fact, the exchanges used the tokens they controlled (but not own), to remove the previous witnesses (Block Producers in the case of EOSIO) and vote new ones using the @dev365 account as proxy. In this way they were able to disable the soft fork implemented by the community.

"the Tron folks and Steemit Inc together," justified its action by calling soft fork 22.2 "criminal and illegal."

Also in the case of EOS, many tokens are currently controlled by various Exchanges, including those involved in the Steem case. Consequently, could EOS also risk such an attack by a single entity?

To prevent this from happening the EOS community is already moving, asking for services to be implemented that allow exchange users to vote with their own tokens even if these are maintained by the exchanges. There are already open source solutions available that could allow this, including the Open Source Exchange Voting Portal.

After Coinbase decided to suspend EOS withdrawals from its platform due to "degraded EOS Network performance", Block.On...