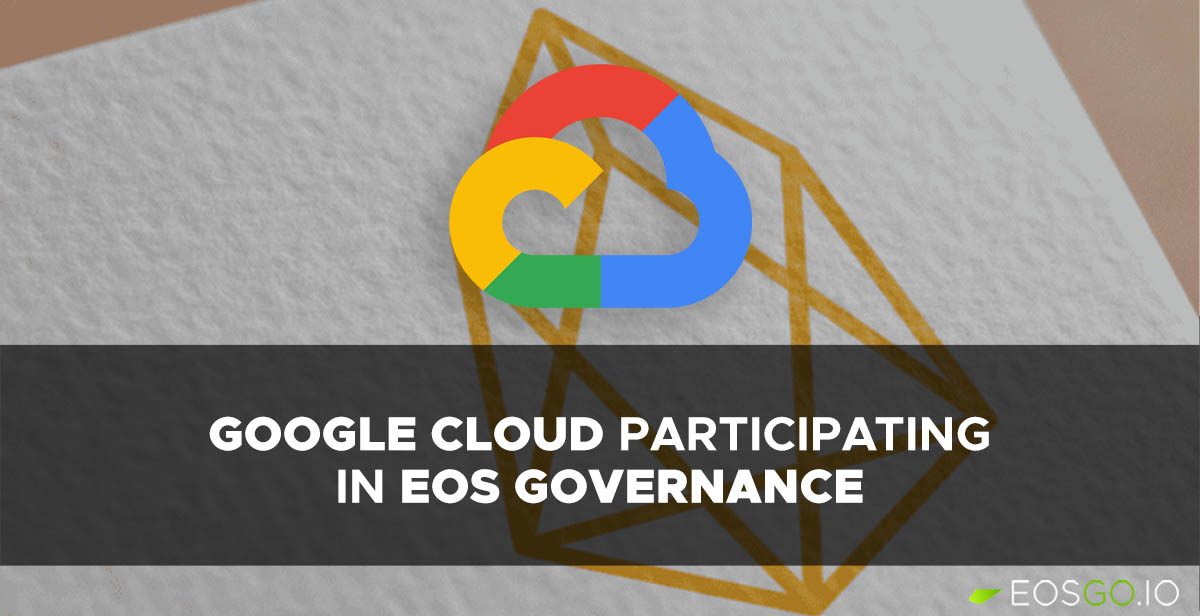 It's now almost a year since Google Cloud announced its entry into EOS as a Block Producer. As of today, Google Cloud is ready to accept votes and participate more actively with its involvement in EOS.

It is definitely an important step for EOS Governance to see one of the largest and most innovative tech-companies in the world joining the community. Google Cloud has now registered as a full-fledged Block Producer under the account eosgcpbpacct currently collecting 520,000 votes and reaching the 81st position among BPs.

“With the majority of global public blockchain activity, EOS is a powerful solution for anyone looking to leverage the decentralized ecosystem with ease... The Google Cloud team understands the thriving EOS community and the highly performant EOSIO technology on which it builds create the best entry point into the blockchain industry. We welcome Google Cloud to the EOS community and are excited for their contributions to the EOS network.” Brendan Blumer, Block.one CEO.

In order to have direct communication with the EOS community, the Google Cloud team has created a Google Group open to anyone to submit questions or feedback on their participation in the community. The group can be accessed directly at https://groups.google.com/g/eos-gcp-bp.

They will use their best-in-class infrastructure, which enables stability, reliability, security, and extensive global network coverage architecture that will take the performance and reputation of EOS (and other block producers) to the next level.

They have currently already launched services that leverage the open-source EOSIO blockchain protocol to help the open-source developer community build applications that utilize both the power of the EOSIO protocol and the unmatched expertise of Google Cloud developers.

We can't wait to see how they take action to support the EOS community and ecosystem, but this is definitely Bullish!