This Week: Exciting Developments for the EOS Ecosystem 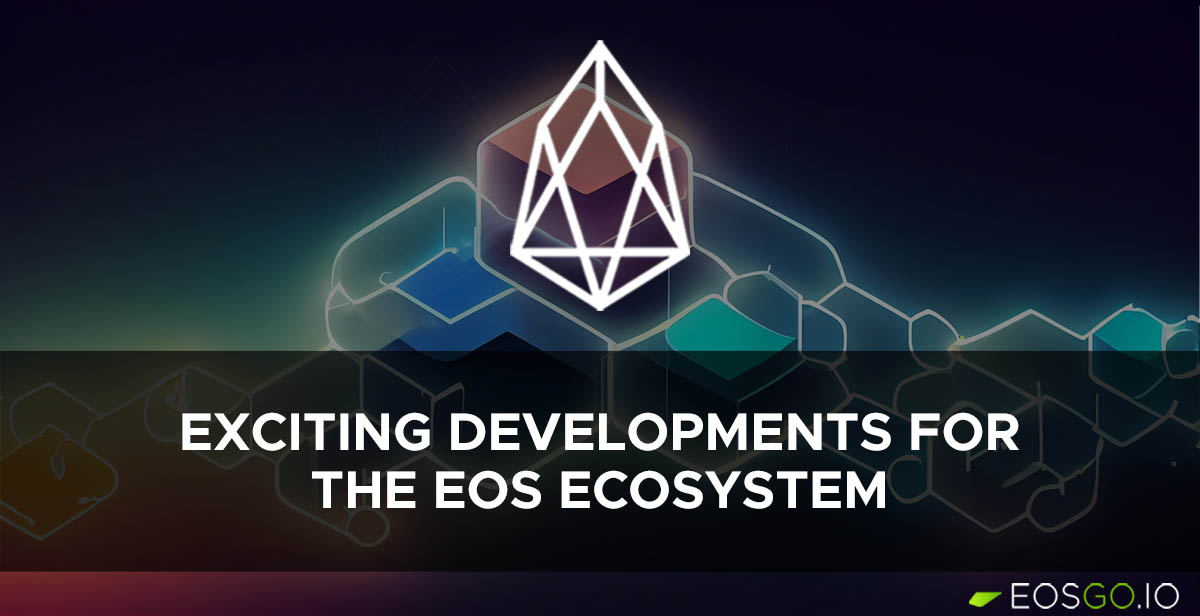 Each week has offered its own kind of excitement with the variety of developments that unfold as the days keep moving along. But few weeks have had developments as exciting about the prospective future of the EOS ecosystem.

From global events, to the promising deployment of applications set to give EOS the edge, and the receival of industry validation; this week has offered a lot to reflect on.

The blockchain world had its attention set on the TOKEN2049 event in Singapore this week. With over 7,000 attendees, 2,000 companies, and 250 sponsors; this was the biggest blockchain event since before the pandemic.

Not only did EOS have representation at the event - two of its representatives, namely the EOS Network Foundation (ENF) and Trust EVM, were title and stage sponsors. Other representatives of the EOS network, such as Zaisan, were also in attendance helping to spread the word about recent EOS developments. 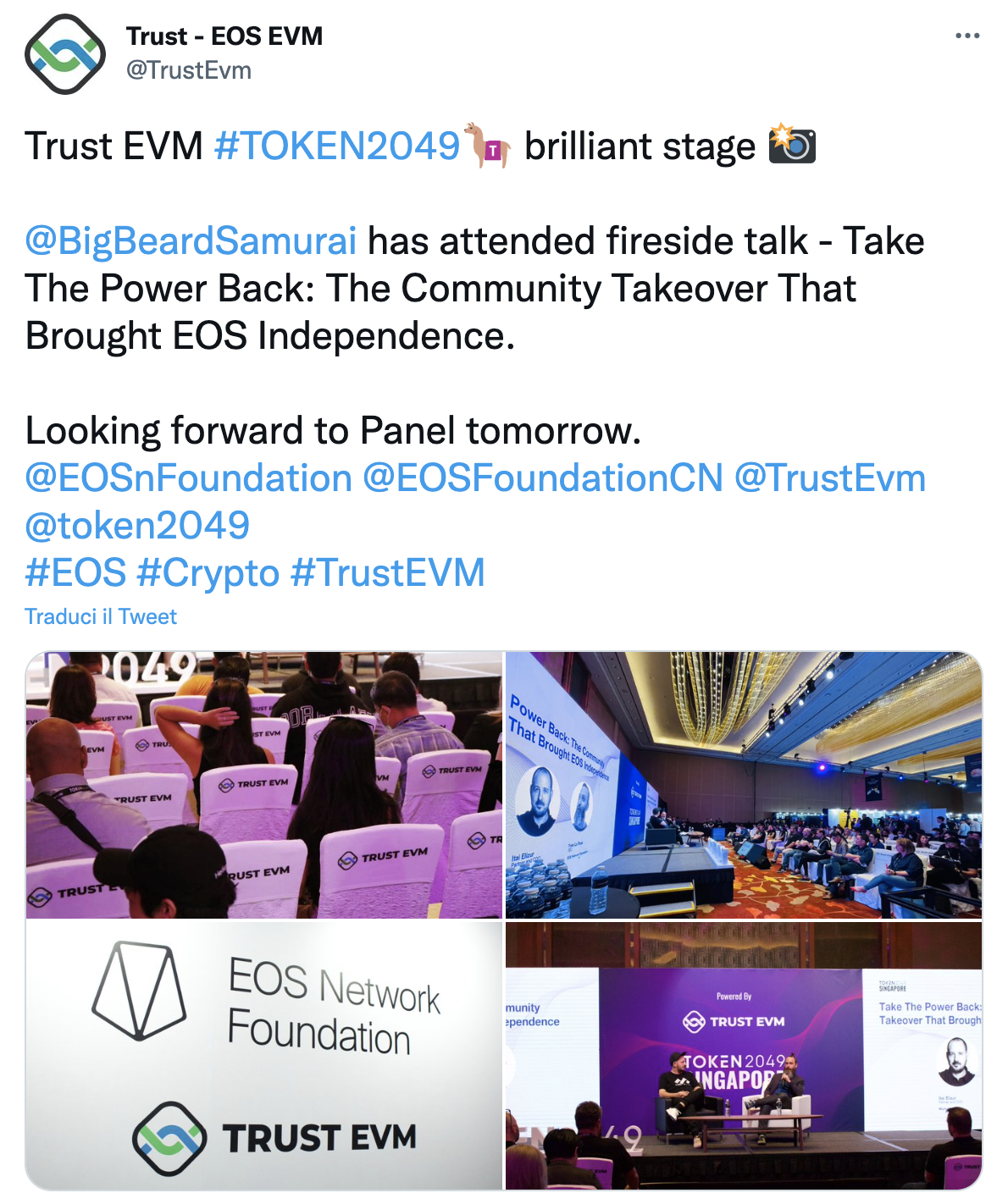 The Trust EVM sponsored stage hosted a multitude of events including the fireside chat with Yves La Rose titled ‘Take The Power Back: The Community Takeover That Brought EOS Independence’. Yves, CEO of the ENF, also took part in the event titled ‘Scaling Blockchains: Building the Decentralized Economy’, alongside representatives from Solana, Algorand, StarkWare, and Mysten Labs.

TOKEN2049 will have provided ample opportunity for EOS representatives to share information about the EOS ecosystem and its amazing developments. The EOS Network Foundation booth was a spot for networking and engaging attendees to that end.

Round 1 winners of the GameFi hackathon were recently announced with multiple recipients of the 1st, 2nd, 3rd place prizes, as well as engagement awards. Thirteen GameFi projects in total were awarded prizes for Round 1 with The Wake and FabweItToken both claiming the 1st place prize of $5,000.

The Trust EVM GameFi Hackathon’s aim is to attract EVM-compatible GameFi projects to build/deploy on the highly performant and fastest EVM on the planet. Upon launch Trust EVM will run on the EOS network and this hackathon initiative ensures that it launches with highly competitive projects to help propel it to the top of user adoption.

Submissions for Round 2 are already underway. Developers are being encouraged to take part in building on the fully Ethereum-compatible chain that has faster transactions and lower transaction fees. Participants that make it to the winners list will share in the prize pool of $150,000.

EOS is a Preferred Holding in Preparation for the Bull Market

Yesterday we covered the story of how EOS is fast becoming the hidden-undervalued crypto gem that investors are looking to add to their portfolio ahead of the bull market. It seems all of the positive developments from these past couple of months have caught the industry’s attention.

Investors and media coverage indicates that EOS is regarded as a leading cryptocurrency to have in preparation for the bull market. The cryptocurrency’s fundamentals are being recognized as the distinguishing trait that make it more bullish than most of its competitors.

As many of the ongoing developments are looking to add more bullish sentiment to the project, the industry’s perception of the EOS project seems destined to become even more favorable.

● Trust EVM GameFi Hackathon 2022 Round 1 Winners are coming out!!

Today OKeX, one of the largest crypto exchanges in the world, launched the EOS options trading. This allows users to bu...

In their latest article, LiquidApps published an article discussing the value of NFTs, their features, and how the DAPP...