eosio will become the Best Blockchain Technology for Enterprise 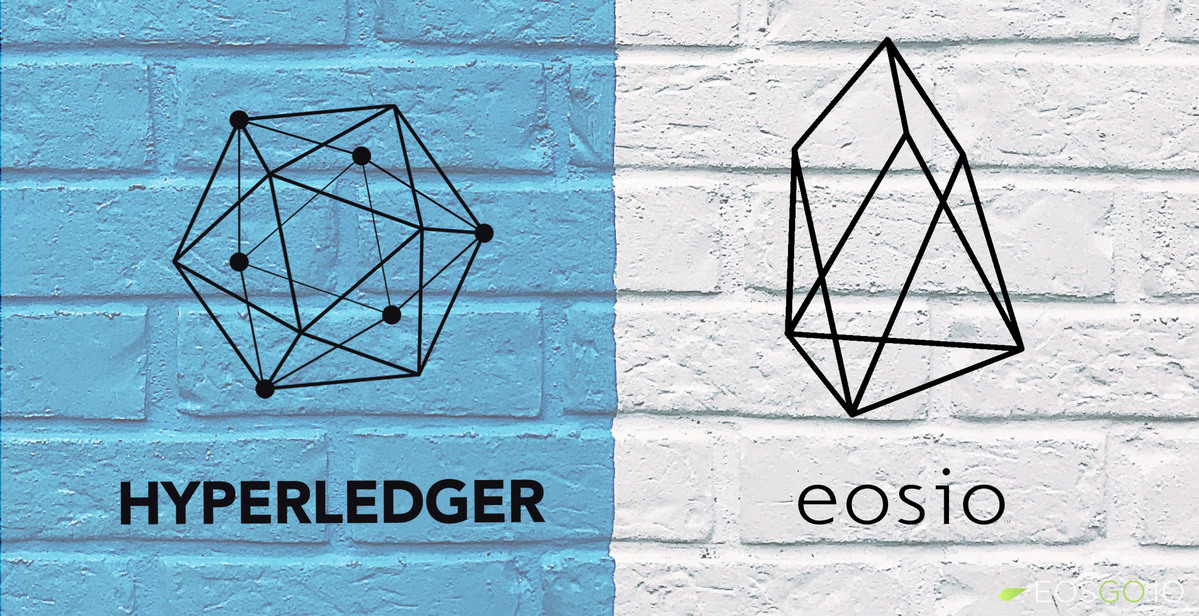 Apparently, he wanted to check if HyperLedger was actually a good alternative for businesses to develop smart contracts using a standard programming language, compared to using eosio.

A transaction is non-deterministic when given the inputs to generate it, it can produce outputs that are not always the identical. Since in blockchain and distributed ledgers all nodes must reach consensus on their transactions, it is necessary that these are all deterministic, i.e. given certain inputs, they always generate the same outputs. An example of non-deterministic transactions can concern the use of a timestamp within a smart contract.

The execute-order-validate architecture used by Hyperledger allows nodes to execute transactions in parallel, and to declare them valid when a certain number of nodes (and not the totality) vouch for their correct execution. Once declared valid, they are placed inside the ledger.

This design departs radically from the order-execute paradigm in that Fabric executes transactions before reaching final agreement on their order.

According to HyperLedger, their method is the only one that allows standard programming languages to be used in a scalable way, but eosio proves that this is not the case. eosio allows developers to create deterministic smart contracts using C++ with excellent performance. Currently Dan Larimer stated that he aims to make eosio the best blockchain technology for enterprise, and that he is working with his team to expand the number of consensus algorithms that can be implemented on EOSIO. 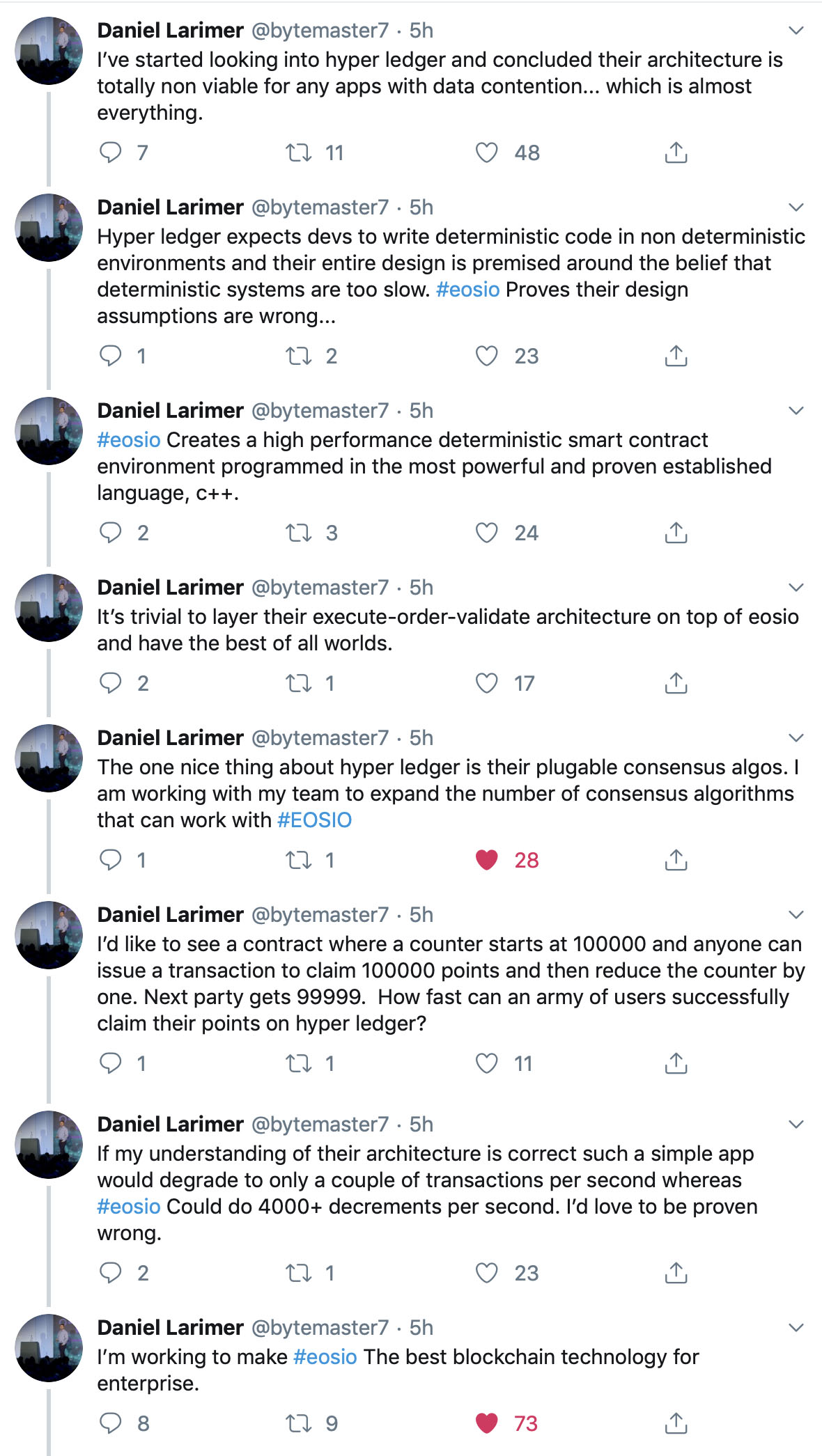 The WAX team recently announced the launch of the WAX Cloud Wallet (WCW), which allows users to use any dApps quickly a...

Block.One's investment branch, both the EOS VC Grants program and the FinLab EOS VC, are focusing more on companies tha...