This Week: EOS Taking Steps Toward an Epic End of Year! 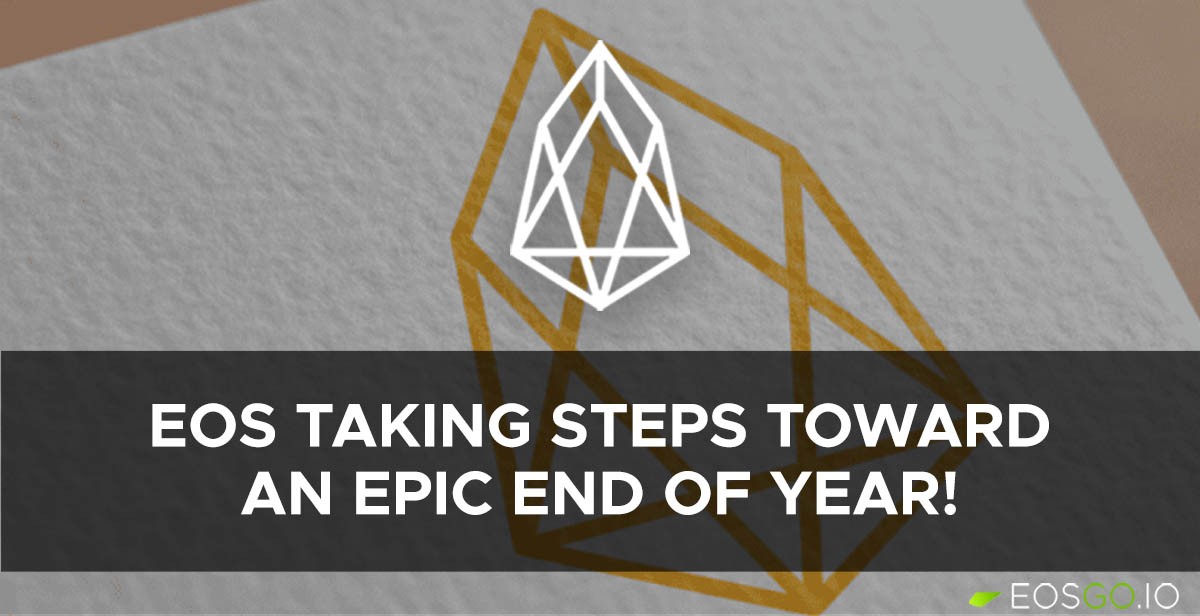 Coming off the one-year anniversary of the EOS Network Foundation (ENF) last week, the commemorative date was a reminder of all the efforts and changes to have occurred on EOS over the past year.

In a similar sense, this week has been a reminder of all the work that lies ahead, as well as the expected outcomes of such efforts. Taking the measurable results of the past year and then mirroring that forward shows promise of a thriving EOS ecosystem in the coming months.

EOS community activity is on the rise

Once again, for what must now be four weeks in a row, EOS has caught the attention of leading social metrics tracking platform, LunarCrush. This time LunarCrush was highlighting EOS’ impressive increase in community activity over the last six months. 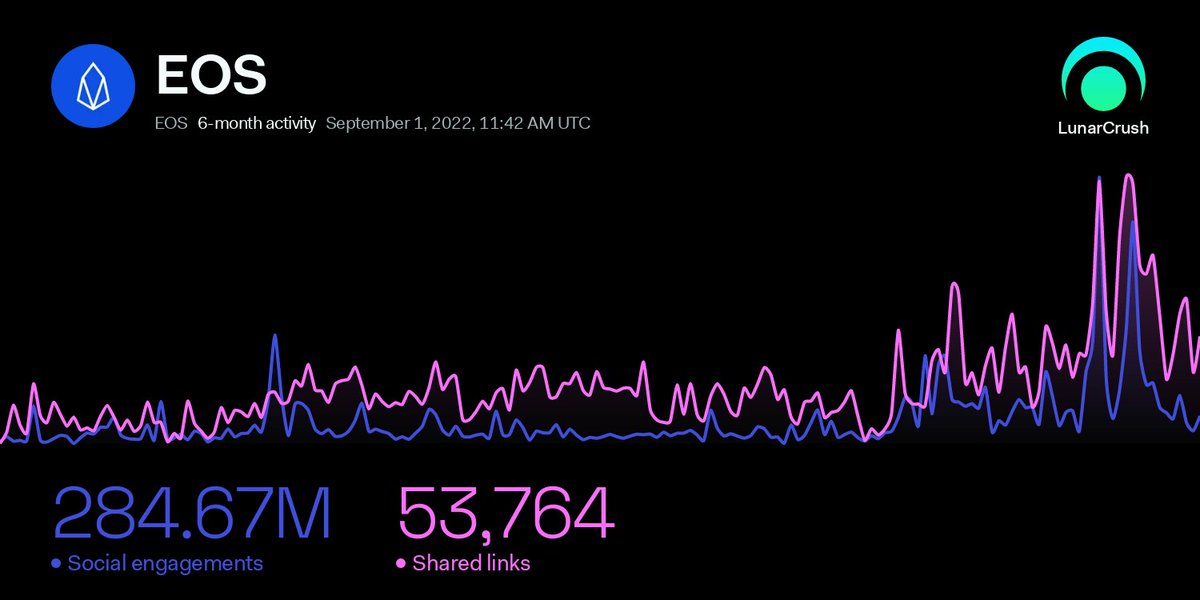 Their data shows EOS’ social engagements rising by 55.31% and its shared links rising by 103.8% during the previous six month period. Signaling the continued increase of community activity in the growing EOS ecosystem.

Looking forward to the potential growth of the EOS ecosystem and its future developments, the latest Antelope Coalition meeting shed some light on a couple of developments. These included the Leap 3.1 system contract implementations, Scalability+ Blue Paper, developer onboarding, and development workshops, etc.

One of the bigger updates was on the progress of achieving faster finality for the Antelope protocol by reducing the transaction finality time from 3 minutes to 3 seconds. This would make blockchains powered by Antelope (EOS, Telos, WAX, and UTX) even more attractive for those applications that rely on fast transaction speeds with near-immediate finalization of those transactions.

Another big development that was discussed in the meeting was the implementation of inter-blockchain communication (IBC) between Antelope blockchains. It was announced that the ETA for launch or implementation of this is roughly two months, and plans for how coalition members would go about marketing this launch were also discussed.

A collaboration between the EOS Network Foundation and Helios to raise awareness of the EOS Ecosystem will see dozens of projects compete in an Ideathon and an EVM Hackathon. Anyone with a cool idea for a blockchain application can compete in the Ideathon. The Trust EVM GameFi Hackathon will attract coders who build or want to build EVM compatible blockchain applications on EOS.

Both the Ideathon and the Hackathon will span a period of 8 weeks, from September 19 to November 14. Projects from multiple categories are welcome to compete for the $125,000 prize pool which will be distributed to 52 of the most impressive projects.

The much anticipated Yield+ Incentive Program has launched and began rewarding participants on August 28. Still in its pilot phase for the moment, participants - which are mainly DeFi protocols, are being rewarded with EOS tokens on a daily basis at a current APR of 1%.

While still in its pilot phase, participants are given the chance to familiarize themselves with the mechanism of the Yield+ platform and build whatever tools they deem necessary to help them utilize the platform better or more efficiently. At the moment there are 11 protocols which have signed up with a TVL (total value locked) of over $20 million, and this value also fluctuates based on the EOS price movements.

The next phase can only be implemented once all protocols are comfortable with their understanding of how the platform works and have voted to move forward to the next phase. The next phase, which is expected to occur within the next month or two, will see rewards increase from 1% to 5% APR.