This Week: EOS Ends the Year A Much Improved Network! 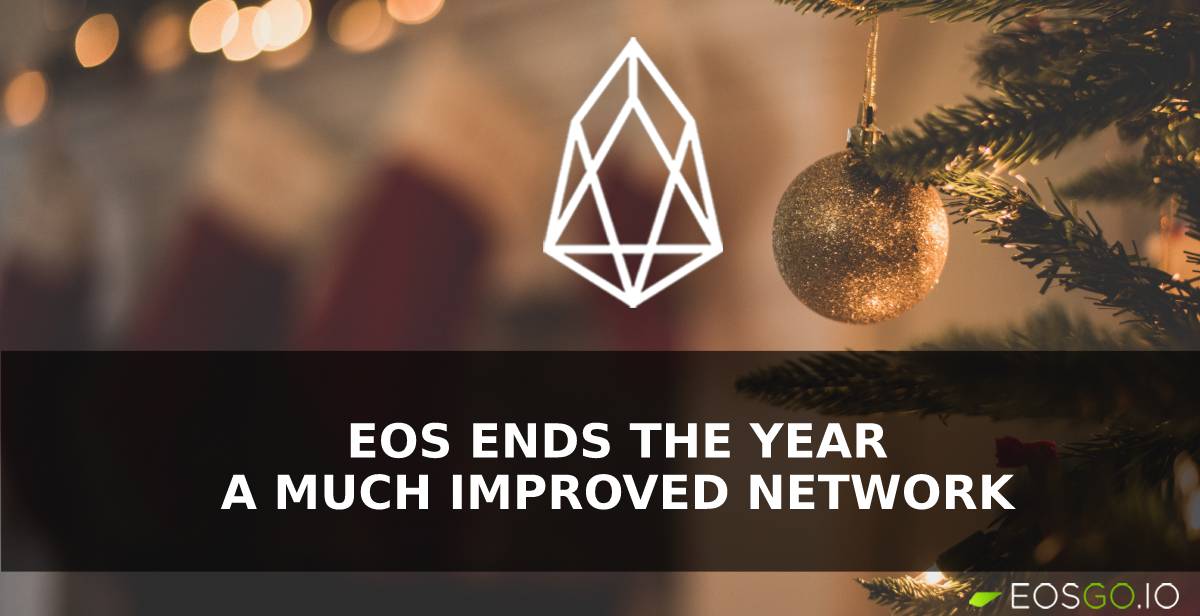 The festivities of the end of the year are in full swing as people around the world are spending this time with their close friends and family. For the EOS family this is a moment of reflection of where we’ve come as a global network, the ups and downs, but also the great year EOS has had.

Although this is a time of reflection, it’s also a time to look into the future and plan for an even better year. With this being the last week of 2022 - the week’s developments only compound on past developments and further strengthen the ecosystem. 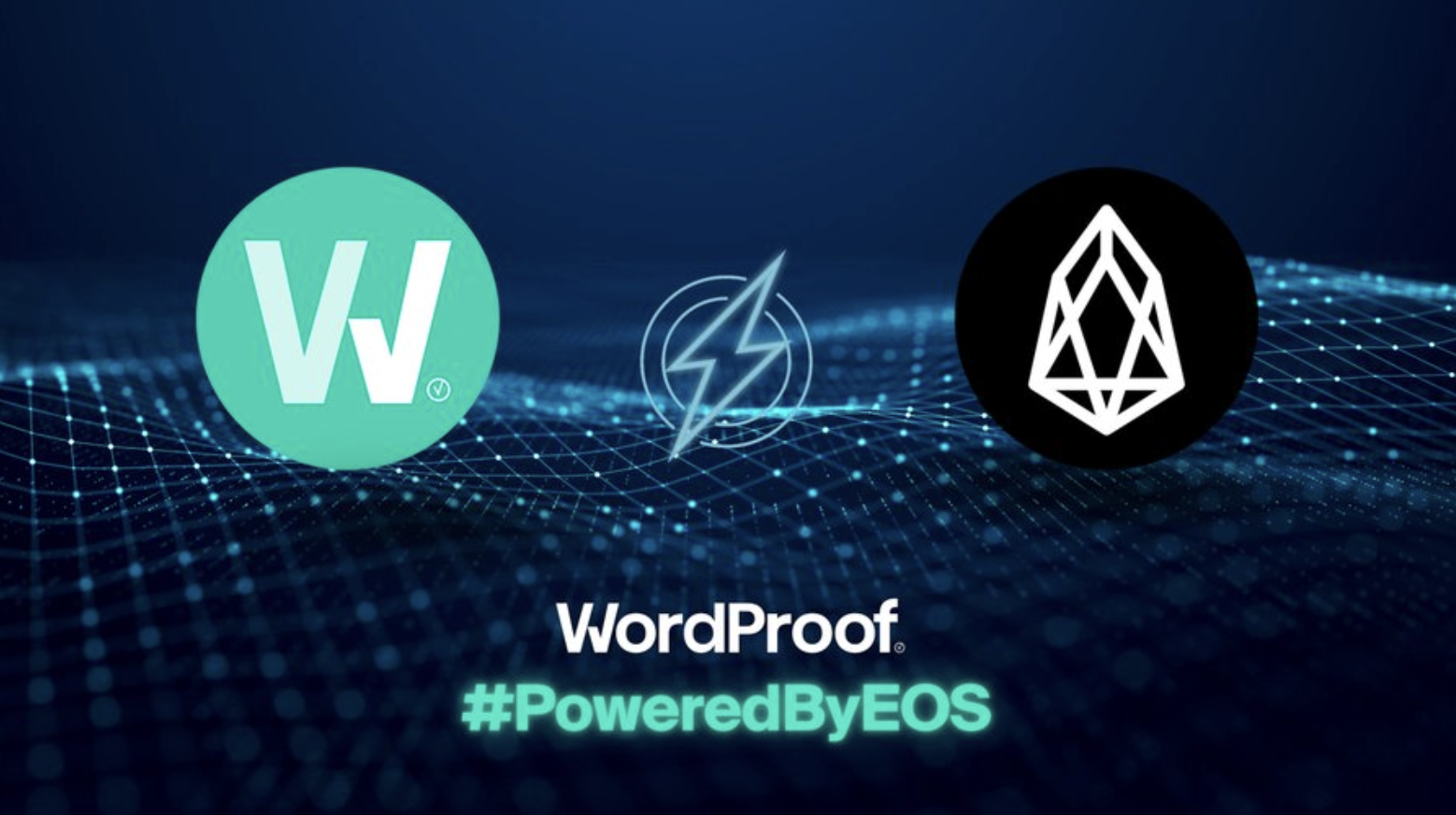 The new series titled ‘Powered by EOS’ looks to showcase the many projects, applications, and integrations that are utilizing EOS to build the future of Web3. Over the years EOS has proved itself to be a leading tech for blockchain integration into many different kinds of applications.

For instance, it has been implemented into gaming, finance, collectibles, marketplaces, and social applications etc. It has also been adopted by big corporations, governmental institutions, and entire nations to enhance their day-to-day operations.

With EOS looking to help scale other blockchain networks such as Bitcoin and Ethereum, this series should uncover some interesting use cases for EOS. Not to mention the plenty more other innovative ways that developers are finding to implement EOS’ high-performance tech stack. Some of which you’ll come across on EOS initiatives such as Pomelo Grants.

Read the series’ first edition: How WordProof Utilizes EOS to Restore Trust to the Internet – #PoweredByEOS 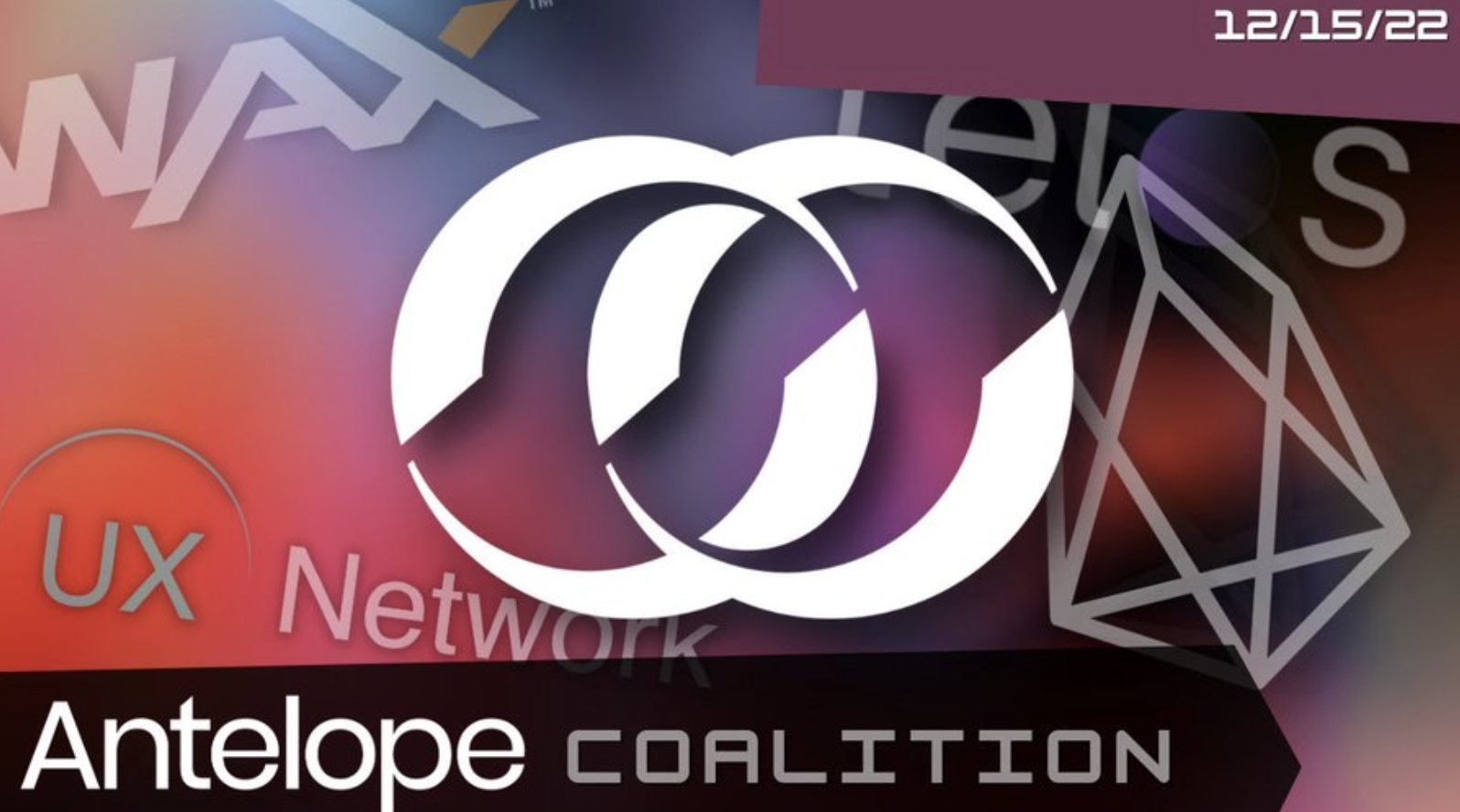 During the last Antelope Coalition meeting, representatives of the member blockchains unanimously voted to postpone and reschedule the rest of weekly meetings to January 9, 2023, in line with the holidays. However, that wasn’t until the week’s agenda was attended to.

P2P Peer Discovery - The Coalition is currently discussing the budget for 2023 after which it will go about reviewing all vendors that wish to undertake the project and then appointing the task to the most suitable vendor. P2P Peer Discovery aims to make it easy for the casual user, app developer, API provider, block producer, or even an exchange to get in sync with the network.

Ledger Support - The ENF is in communication with Ledger (hardware wallet) to add support for Antelope chains and their cryptocurrency tokens.

Antelope IBC - Inter-blockchain communication between Antelope is edging ever so close to implementation. During this past week’s meeting it was announced that Antelope IBC passed an external security audit with zero major and zero minor issues found. The next steps are for each chain to prepare the smart contracts and multi-sig accounts involved with communication with other chains. From then on Antelope IBC would be ready to deploy.

Wallet SDK - Recently rebranded to WharfKit, the team behind it is working on the website to feature marketing, reference, and education material. Other kits such as the account and contract kits (milestone 2) are still being worked but have been relegated to a lower priority level, with the next milestones taking top priority. Milestone 2 is 75% complete and will continue to be worked on in line with the project's overall goals and priorities.

All other RFPs (Request for Proposals) such as the P2P Peer Discovery and RAM Limitation solutions will also have their deadlines extended to factor in the holiday period. 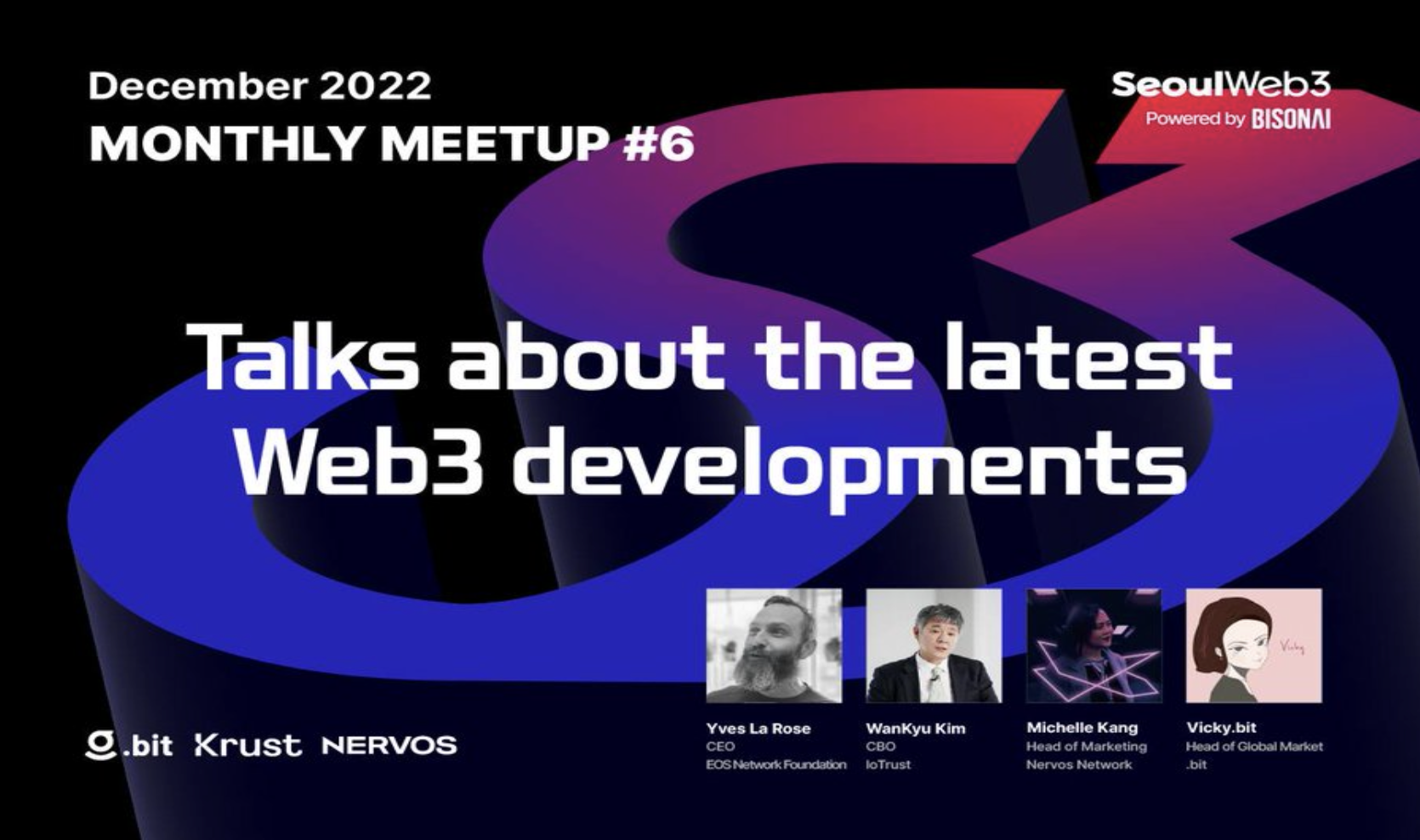 In an announcement made last week, Yves La Rose was invited to attend a fireside chat, along with other guests, in South Korea. The topic of the discussion which took place on Monday was on ‘the latest Web3 developments’.

“Thrilled to be back in South Korea for my 3rd visit in as many months to showcase the innovative capabilities of EOS, especially its unparalleled security measures! Join us... to learn how EOS is raising the standard for protecting users funds with safe and secure DeFi.” - Yves La Rose

SeoulWeb3 hosts monthly meet-ups in Seoul and invites Web3 leaders for talks and networking. Seeing that South Korea is one of the world’s leading countries in blockchain adoption, along with certain implementations and involvement of EOS at the national level, the relationship between the two will be one to keep a close eye on. 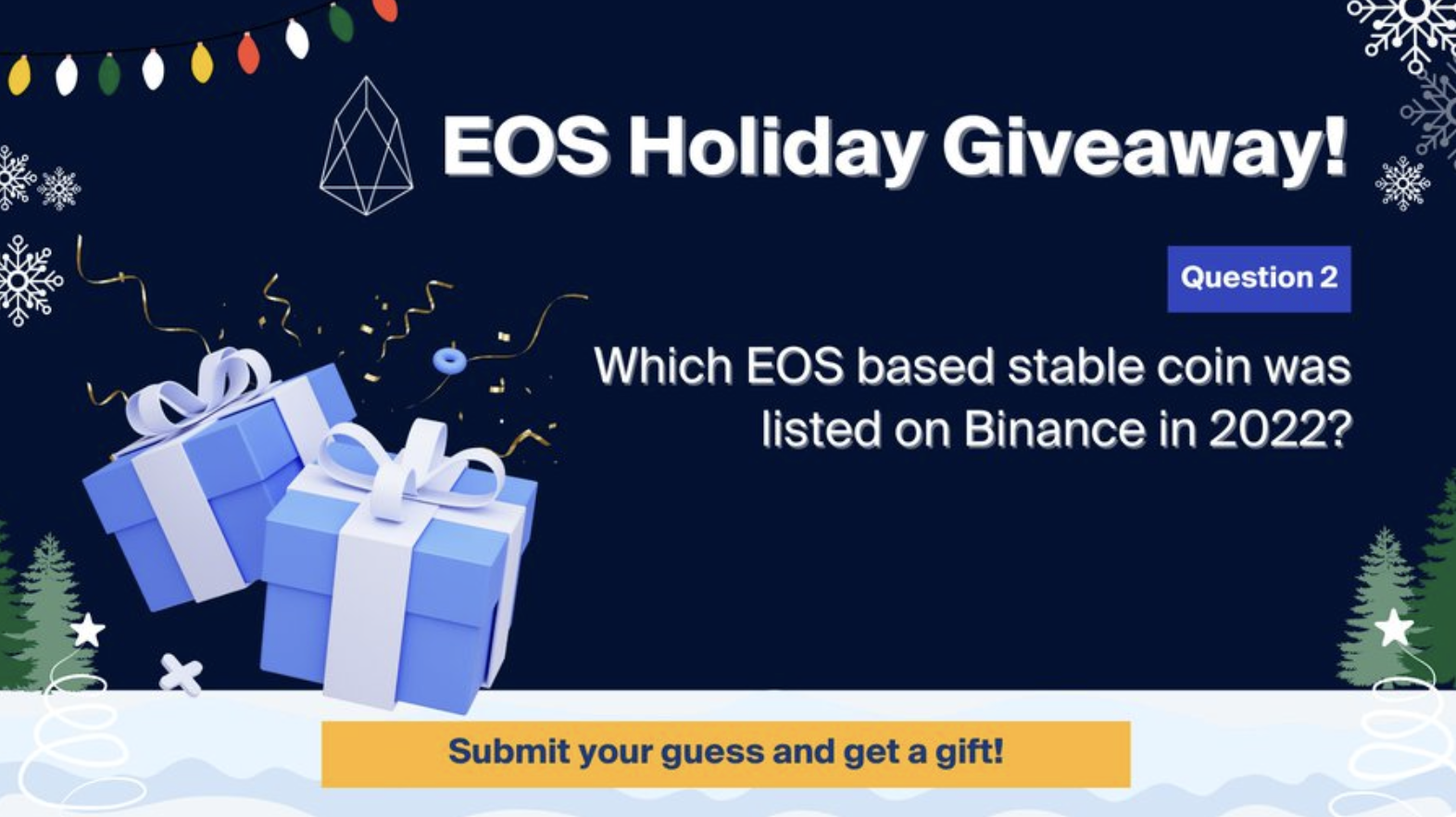 EOS holiday trivia game enters its second week with a new weekly challenge for the community. In celebration of the successful year of growth EOS has had in 2022, community members yet again have the opportunity to win an EOS Holiday Gift NFT.

Every week (Wednesdays), until January 3, 2023, the ENF will post a new trivia challenge in which all those who get it correctly will receive an EOS Holiday Gift NFT that contains special NFT surprises that can be gifted to friends and family.

These special NFTs can also be redeemed in exchange for an EOS donation to the owners’ favorite Pomelo grant when Pomelo returns for Season 5 in Q1 2023. Each week a new batch of Pomelo gift certificates will be available to be won in the giveaways.

In total, 1000 EOS in Pomelo gift certificates worth either 5, 10 or 25 EOS will be given away. Congrats to last week’s winners and good luck to all participants this week!

As of writing EOS is trading at $0.88 (same as last week). It is currently doing $51 million in daily trading volume (a slight decrease) with more or less an unchanged market cap of $945,410,004. It remains in the 38th position by market cap rankings. All stats are based on CoinMarketCap data.

Everipedia announced their first editing challenge with the goal of creating 1,000 new pages this month alone. Each con...

The WAX team has announced the launch of the new WAX testnet, where developers can freely test their dApps before relea...