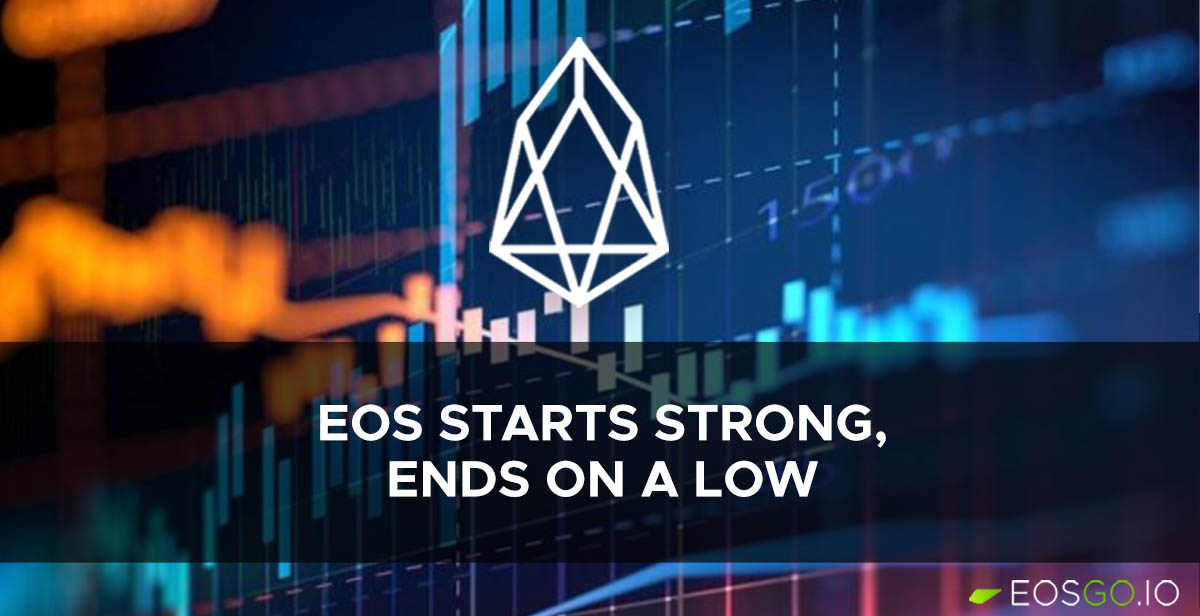 This week was one of the strongest performing weeks for EOS, continuing its bullish trend from the previous week. On Monday, Feb 28, the EOS price witnessed a 10.03% price increase to end up at $2.30 on the day, a level that would mark this week’s high.

The increase was further extended earlier this week by 8.8% to reach $283 million on Tuesday, nearly breaking the $300 million mark. According to data from DeFi Llama, nearly half of this value is locked on EOS REX and about 20% locked on DefiBox. 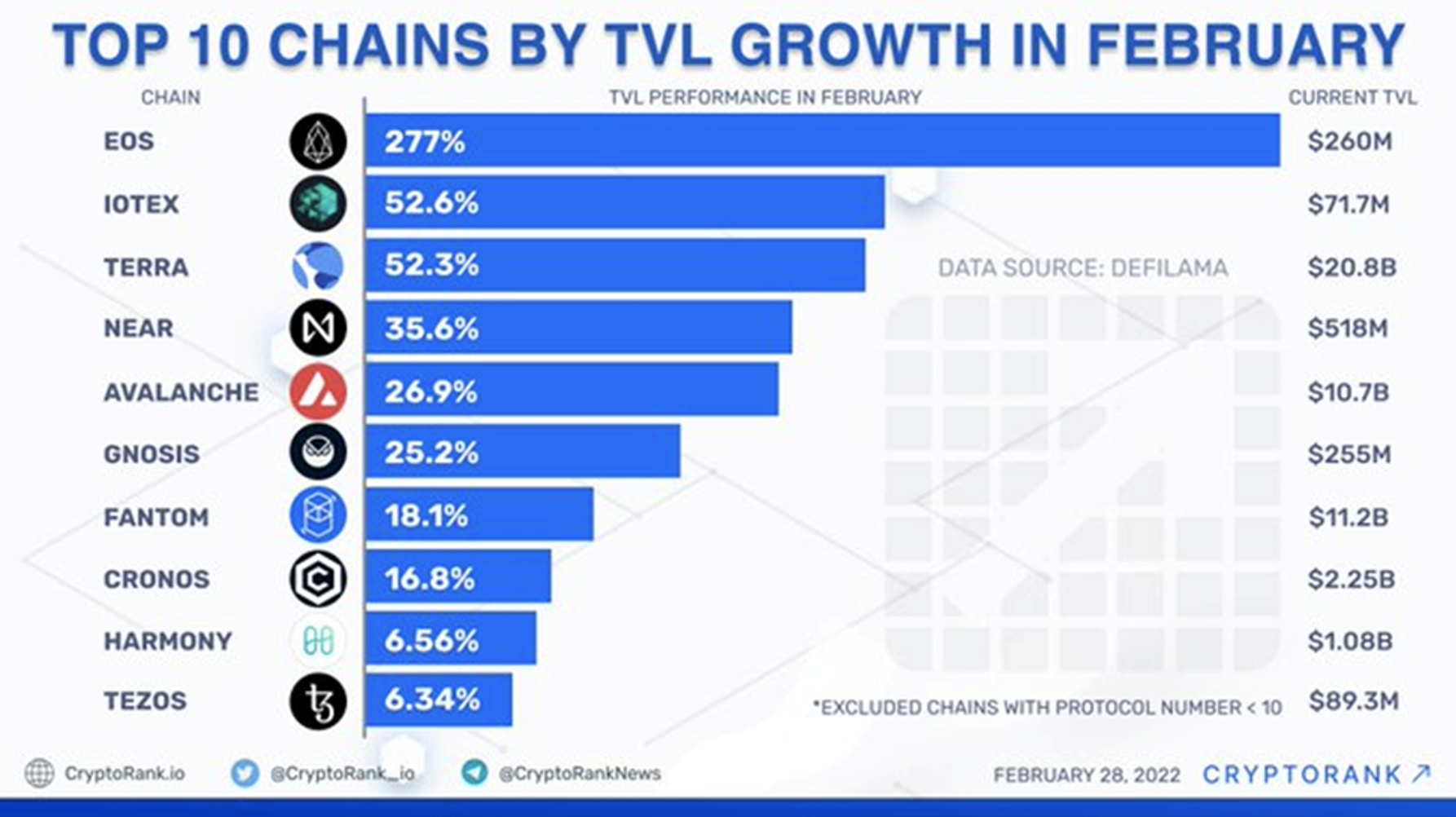 However, the great rally of the past two weeks has been undone by massive tanking’s in the cryptocurrency market. As of writing today, EOS is down 6.31% in the last 7 days seeing its market cap dip below the $2 billion mark. It has also moved down to 49th place – to spots down from 47th last week.

It’s worth noting that EOS seems to be slow on the rise but falls quickly on the way down, which signals less buying pressure than there is selling pressure. For EOS to stay ahead of competitors on the rise to a higher market cap it will need to learn how to sway investors away from competitors and toward its ecosystem.

Despite a poor performance on the markets this week, development activity within the EOS community continues to be on the rise with different initiatives underway to improve its marketability. This probably is the leading reason why EOS found itself listed by Market Wire News as ‘one of five best smart contracts platform tokens to buy under $10’.

· MATIC, NEAR, FTM, XTZ, EOS and KDA are the best smart contracts platform tokens you can buy for under $10

The first EOSIO conference of the African continent will be hosted in Nigeria on February 15th of this year. The purpos...

The Block.One team today updated their votes of Block Producers on the EOS mainnet. In addition, Kevin Rose, leader of ...