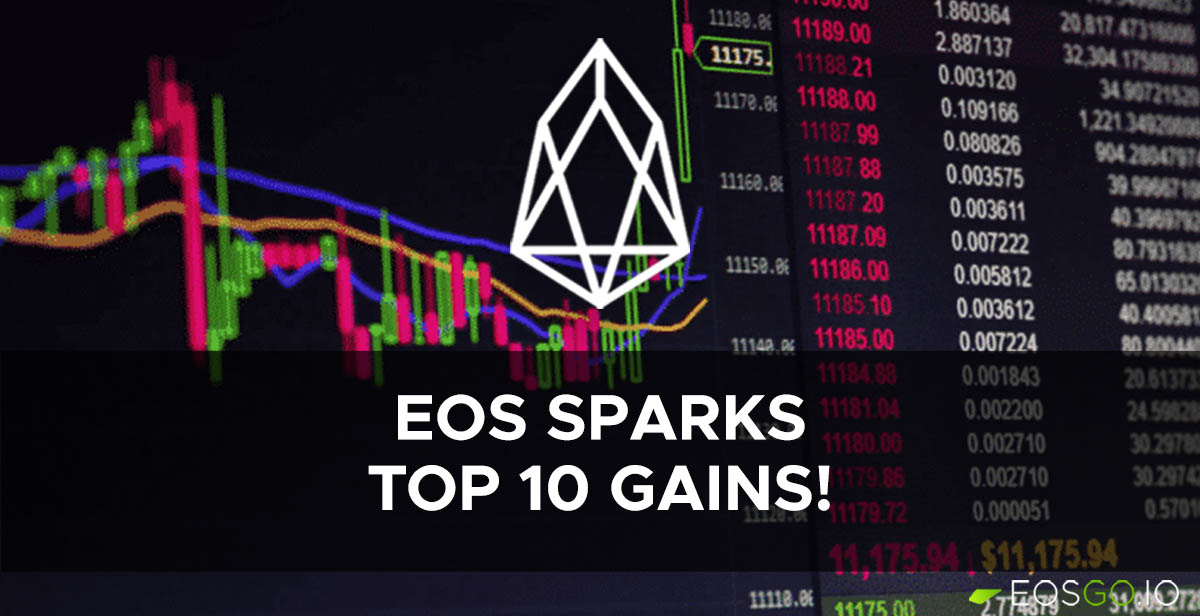 In the last couple of weeks a promising trend has been forming. In the process of rebuilding a much improved ecosystem, EOS has been attracting a lot of positive media coverage and as a result, coverage of its bullish network developments is catching the attention of big industry players.

Impressive developments in recent weeks and months caught the eye of mainstream publications such as the Wired and Forbes articles. This week it was, one of the world’s leading cryptocurrency exchanges - Huobi’s interview with Daniel Keyes (CEO of EOS Nation) and also the leading cryptocurrency activity metrics tracker, LunarCrush, who shed the light on EOS’ comeback trail.

“Would you look at that? EOS is showing signs of life!” - LunarCrush on Twitter

One of the initiatives that has been leading the charge for the EOS comeback, Pomelo Grants, opened its grant applications for Season 3 on Tuesday, July 19. Any project that qualifies as a public good (open and free for public use) can participate to receive funding from the EOS community.

Donations will begin next week on Wednesday, July 27, where EOS token holders can help fund their favorite EOS projects whether it be projects from the gaming, DeFi, social, or even influencer, and news sectors. There’s a $350,000 matching pool in place, sponsored by the ENF, that will be distributed proportionally to all approved projects using Pomelo’s quadratic funding mechanism.

- Feature allowing for block log to be trimmed, minimizing disk space usage for nodes that don’t require the full history of the blockchain

EOS Nation, the leading Block Producer (BP) on EOS, announced during last week’s EOS Fireside Chat that it has already upgraded its infrastructure (except for the BP node) to Mandel 3.1 with great results; saying it is reliable enough to deploy on the EOS mainnet.

EOS Support, a global multi-lingual, community-driven customer support service acting as trusted concierge of the EOS Network, has published its semi-annual report on the user support activities of the EOS network.

The report details EOS Support’s services for the first half of the year including:

- And many other user support operations

EOS Support has also shared the outlook of its future/operations such as creating a Wikipedia/Everipedia page for EOS network, an interactive roadmap platform to navigate the EOS ecosystem, and the gamification of EOS Support, etc.

A partnership between Helios and the ENF has been formed to create a virtual ideathon which will be less technical than typical hackathons, making it more inclusive for a vast number of people.

The virtual event, which will be run on Devpost, will run for eight weeks: two weeks of registration and six weeks for the main event - a series of seminars and workshops. These include a kickstarter, design thinking, EOS/IO technical overview, tokenomics, gamification, community development, marketing, and business plan seminars and workshops. The final workshop will be a Pitch Deck.

This EOS Ideathon will be a great opportunity for the EOS, and the blockchain community as a whole, to learn more about the different values, qualities, and operations of EOS/IO and blockchain technology. As of yet, the date for the event has not been set.

All of these developments from this past week and weeks prior to that have helped the EOS token to show top 10 gains in the cryptocurrency market. With a 25,62% price gain in the last 7 days, EOS is placed as the sixth best performing asset within the top 100 cryptocurrencies on CoinMarketCap.

EOS Go is proud to release the new article of the EOS dApp Ecosystem series. In this article we will explain the differ...