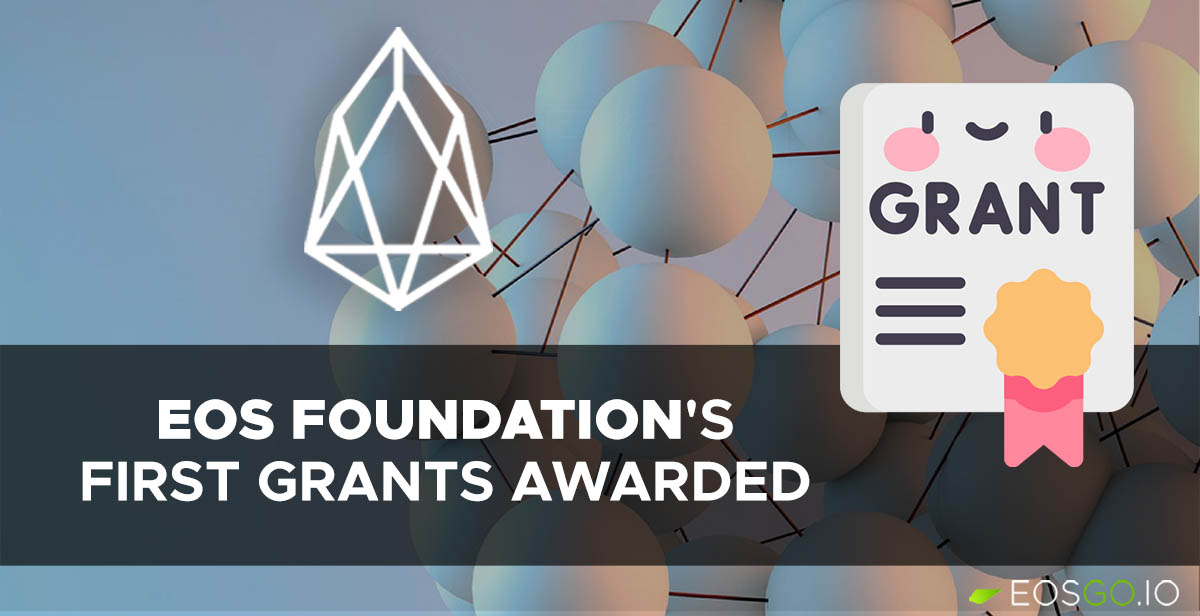 The EOS Foundation released the first Recognition Grants to EOS Go and 5 other projects, each receiving $100,000. EOS Go is honored to be one of the recipients of this grant and is committed to being an influential community for all those who are building and are interested in the EOS ecosystem.

"Nothing brings me greater satisfaction than being able to deliver upon the #EOSFoundation's mission of enabling developers, businesses, and individuals to build on EOS!" - Yves La Rose

In total, the top 6 projects that received the first round of Recognition Grants are:

EOS Go Launched in 2017, EOS Go has served as the most consistent news source for the EOS community with all of its content being published in both English and Chinese.

Atomic Assets The EOSIO standard for Non Fungible Tokens. Atomic Assets makes it easy for anyone on EOS to generate NFTs which can be bought and sold in the Atomic Hub marketplace.

Finney.World Finney is a cryptocurrency mascot for a multi-chain community-driven NFT collection originally launched on EOS that serves as an incentive layer for community content creation and engagement.

Koreos An early DAO and one of the first South Korean EOS communities. Koreos consistently provides value to its community by serving as a communication bridge to the West by providing translations of EOS content written or spoken in English.

EOS Microloan (Market Place) An EOS powered socioeconomic system where unbanked participants are building a new economy, based on the creation of liquidity and opportunities for businesses and customers.

More Recognition Grants will be distributed to a total of 34 projects as a "thank you" for all they have done, and will continue to do, to support the EOS ecosystem. On April 19th, the EOS Network Foundation officially launched the EOS EVM. Matias Romeo, the technical leader of the EV...

The dBonds team recently managed to tokenize Deutsche Bank bond on the EOS mainnet. This has been made possible through...