This Week: EOS Falls Under A Dollar, Anticipation Ramps Up 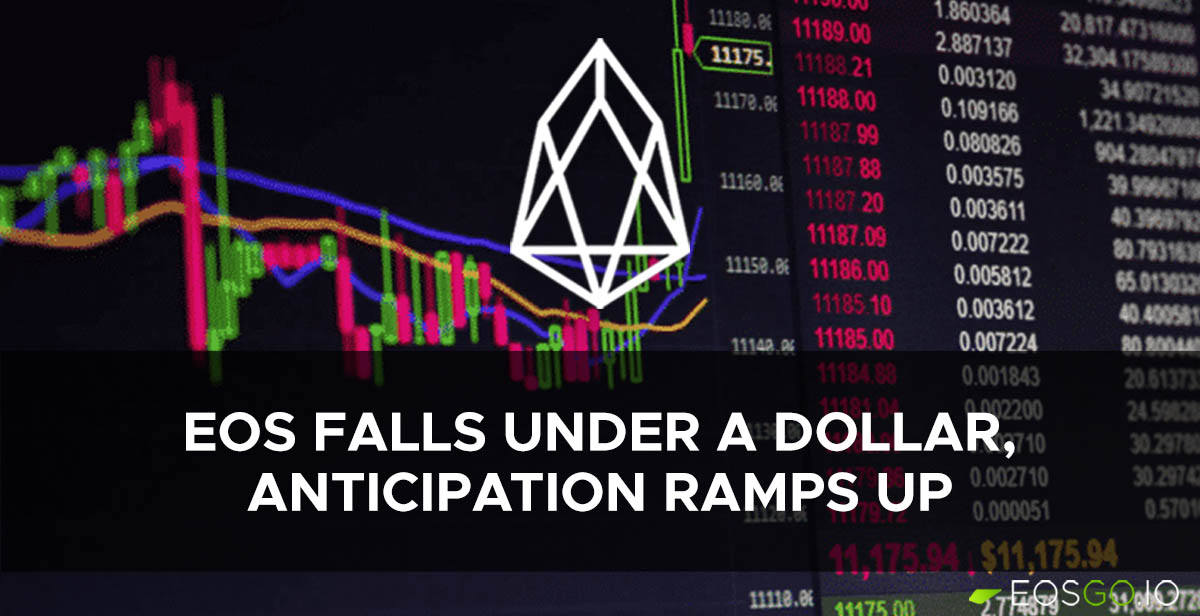 How low can it go? That’s the question everyone is asking themselves about the cryptocurrency market at the moment. The market has printed losses for each of the last three weeks, representing a 32% market cap drop across all cryptocurrencies.

Despite all the ongoing developments; EOS has not been spared from the carnage as this last week saw it trade under-a-dollar for the first time in four years. Even though the wider market and the average investor might consider this price performance from EOS as the end of the project. Those closer to its daily operations see this as a fresh start for the once mighty project and a reset from the series of events that have unfolded over these last four years.

On Tuesday (June 14) EOS celebrated its 4-year anniversary. While that brought on recollection of events of the years past, it also presented the opportunity to look at the unobstructed future ahead of us. Like every other week, this week gave us a glimpse of said future.

Earlier on in the week the EOS Network Foundation (ENF) announced the approval of two grants to projects that are building DeFi products on EOS.

The first one: TrustSwap, is a decentralized cryptocurrency exchange, forked from Uniswap V2, that’s being built on top of the Trust EVM blockchain to leverage EOS’ high-performance specs.

The second: Crypto Exchange Traded Funds (CETF), a decentralized asset management protocol that enables the creation and management of financial products such as ETFs.

The two projects, among others, will be one of the first on the new EOS EVM scheduled to launch this year in September.

In their recent Twitter Space, Trust EVM shared updates on the ongoing developments of the Ethereum Virtual Machine that will leverage EOS in order to become the fastest EVM in the industry.

The team discussed a range of topics related to the project, and gave details on how it will work and the mechanics/tools it will leverage to provide universal benefits to developers from multiple blockchain networks.

Around its scheduled launch date the team will be attending the Token 2049 crypto event in Singapore (September 28-29) along with the ENF, both of whom will be title sponsors for the event.

The ENF published release notes for Mandel’s version 3.1 release candidate, the community led EOS consensus upgrade from Block.one’s EOSIO codebase. The release notes detail the different changes, upgrades, and new features that have been added from the previous iteration of Mandel (version 2.0.14).

● Trust EVM - The Fastest EVM In The Industry

Binance recently carried out and published an analysis on the governance of EOS, highlighting all its problems and poss...