This Week: EOS Ecosystem Progress & Clarity Towards Second Half of 2022 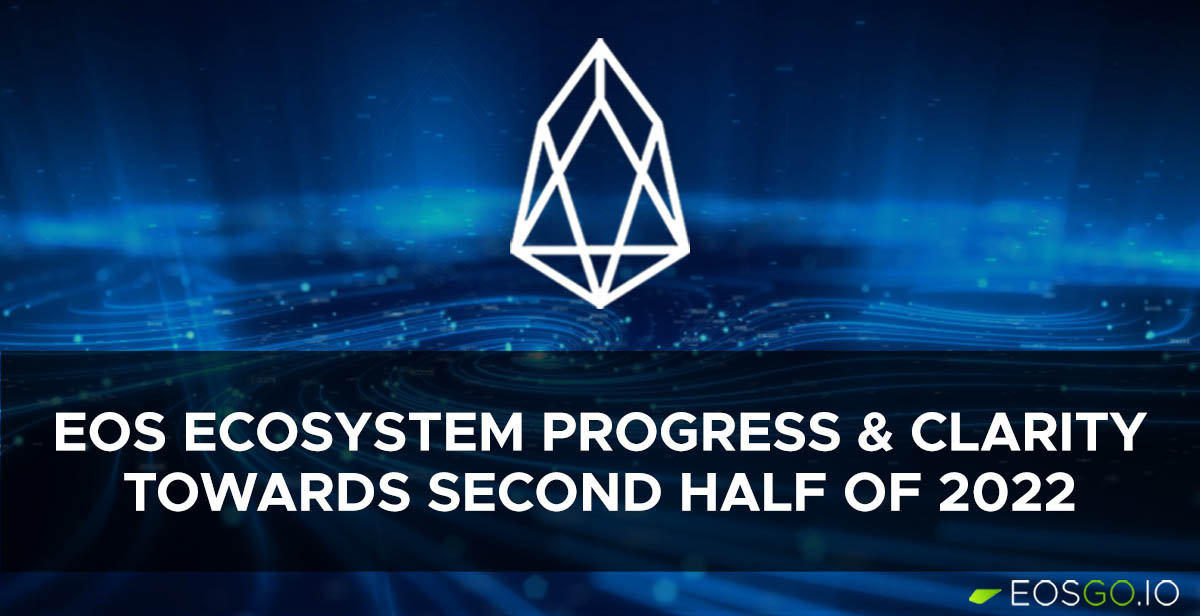 Since the start of the year, the EOS community has been on a mission to revitalize the EOS network through various initiatives that would reintroduce EOS to the masses as a leader in developing cutting edge blockchain dApps and services. As the year-end approaches the development of the EOS ecosystem becomes clearer and its ultimate goal draws nearer to completion.

New season of Pomelo Grants to begin next week

Having exceeded expectations in the previous seasons, Pomelo Grants launches its third season next week for the funding of public goods and services on EOS. Projects funded by EOS stakeholders through Pomelo’s quadratic funding mechanism help build the applications that blockchain users need to satisfy a need in the market.

Grant applications for Pomelo are set to open on Tuesday, July 19, with donations set to begin the following week on Wednesday, July 27. EOS stakeholders will once again have the opportunity to financially support their favorite EOS projects, including helping favored projects from previous seasons to achieve new milestones.

The EOS Network Foundation has also announced a $350,000 matching pool fund to help bootstrap the financial goals of all approved projects in the coming new season.

The ENF and Zaisan have inked a strategic partnership that will see Zaisan helping with EOS business development in Europe and Dubai. Also, Zaisan will be representing the EOS community at 20+ events in 2022.

Europechain, as Zaisan was formerly known, was one of the first regulatory compliant blockchain for the Europe region, helping businesses in Europe to integrate blockchain technology into their business models.

The strategic partnership between the two is likely to follow on the same path and have EOS represented in Europe as a leading solution for blockchain integration for businesses in Europe, as well as in Dubai. As Europechain was a EOSIO-based blockchain, the Zaisan team is made up of highly competent members who are familiar with the EOS ecosystem.

“Every quarter the ENF provides the EOS community with an overview of its activities, grants, and financial expenditure in a detailed report.”

The quarterly report provides EOS stakeholders a recap of the ENF’s moves over the last three months and a look at the progress its different initiatives have made in the previous quarter. Included in the progress report is the establishments (registration) of ENF USA LLC and Hong Kong Ltd. As well as, how it has more than doubled the size of its team in Q2.

Along with giving an overview on the progress of its Working Groups, the EOSIO rebranding, the major success of Pomelo Grants Season 2, and the launch of its Direct Grant Framework, the ENF also shed light on the roadmap for the last two quarters of the year.

For the second half of the year, EOS stakeholders can look forward to the network consensus upgrade to Mandel 3.1, EVM launch, ENF ventures, and Inter-blockchain Communication between the different EOSIO chains.

Some Block Producers, such as HelloEOS and Bitfinex, are already testing EOS VM on the EOS Mainnet. According to the re...

It’s now been just over a decade since Bitcoin (the first decentralized blockchain) was implemented and released into t...