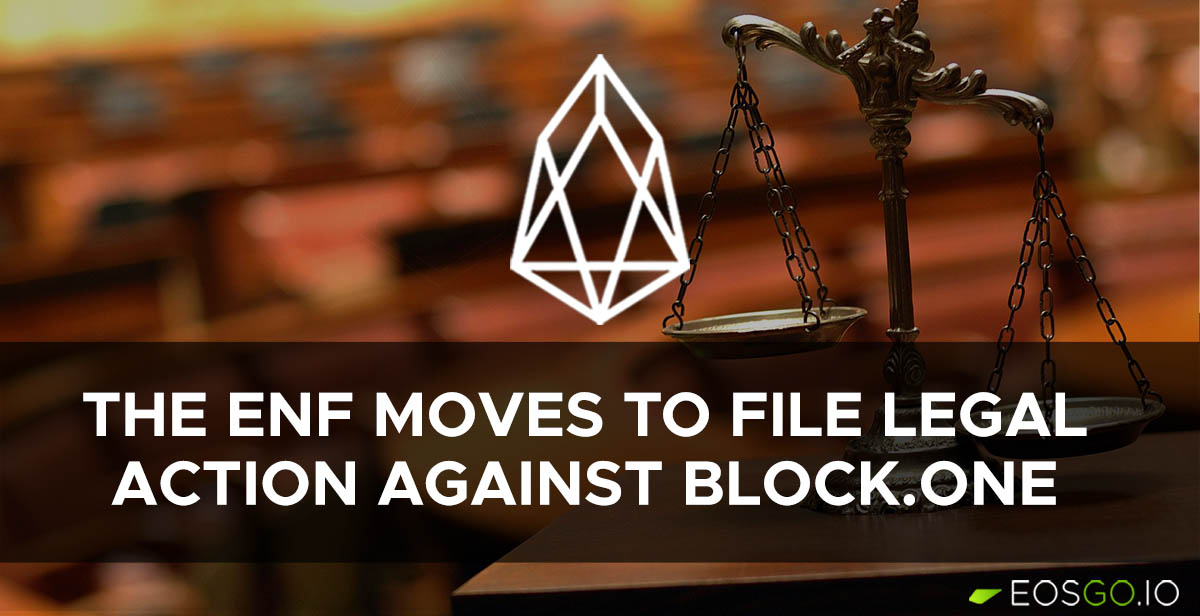 In what came as a dramatic turn of events, yesterday the EOS Network Foundation announced its intentions to take legal action against Block.one on behalf of EOS stakeholders. This comes as a result of the long-awaited actions from Block.one regarding the promises they’ve made to the EOS community for investments, funding, and the building of EOS-based products. Actions that the ENF believes would have positioned the EOS community for future success.

The ENF was established in August of last year, an initiative run and driven by longtime community members including its founder and CEO Yves La Rose, former CEO of leading Block Producer – EOS Nation. The establishment of the ENF was to “fund the ongoing growth of the ecosystem” with founder Yves La Rose citing that:

“EOS lacks a focused entity that has, at its core, a mission of enabling developers, businesses, and individuals to build on EOS. A top-down appointed hierarchy responsible for the urgently needed allocation of funding and coordination of resources that is common in other ecosystems but is lacking in EOS.”

Leading up to this point of legal action, the ENF and Block.one have previously held negotiations regarding the community’s acquisition of the EOS network’s intellectual property (IP) from Block.one, including the eos.io website. These negotiations were triggered by Block.one’s transfer of 45 million EOS tokens to Helios (valued at over $200 million at the time), which raised community concerns that this was a sign of Block.one absolving its responsibilities toward the EOS community.

Failing to come to an agreement in the negotiations; a further 67 million EOS (valued at $250 million at the time) of Block.one’s tokens which were to be vested over the next few years were halted following a consensus between the community, ENF, and Block Producers.

As surprising as the legal action announcement was to many, in retrospect this seems like yet another step in the ENF’s duty to “position the EOS community for future success”. It has enlisted the services of a top Canadian Law firm to weigh options for legal proceedings against Block.one’s actions and past promises to the EOS community.

During the last EdenOS Call, Dan Larimer announced Block.One's collaboration with the EdenOS developer team. How will t...