Daniel Larimer reveals ƒractally, the Next Generation of DAOs 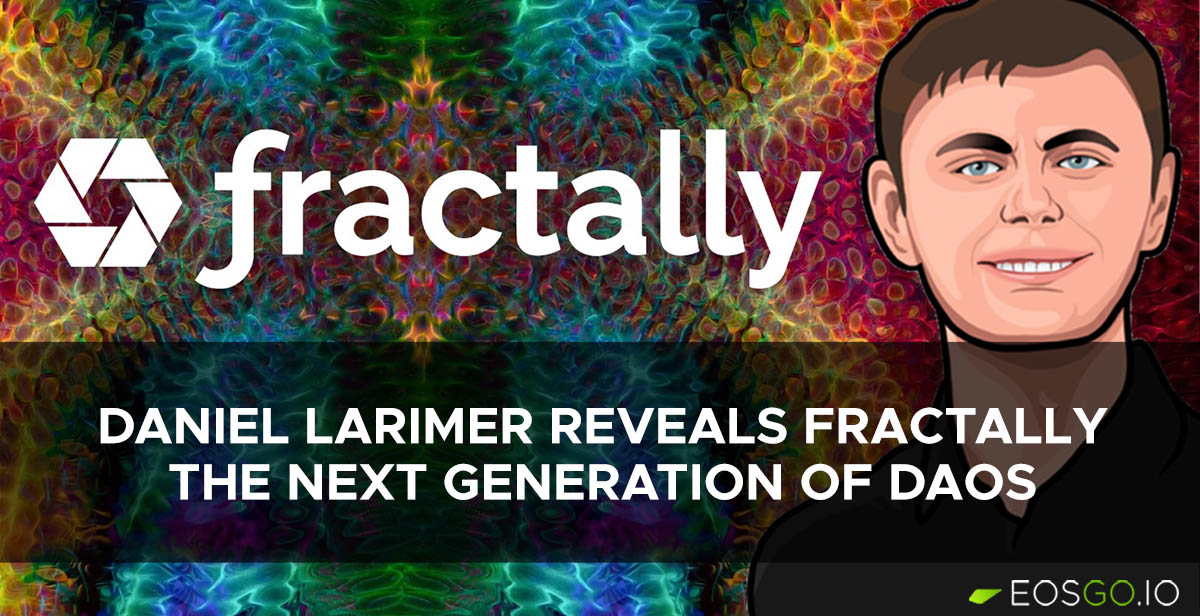 Perhaps in what was the most anticipated event in the EOS community this year, dubbed Twosday, Daniel Larimer revealed the workings of ƒractally, a platform he calls “the next generation of decentralized autonomous organizations”. It serves as a new model of governance that seeks to reward the fewer people who contribute the most value, and benefit the wider community. In doing so, ƒractally flips the current model that’s being used globally, which tends to reward the people who contribute the least but have the most control over the systems of distribution.

“Fractally is the next step in the evolution of human collaboration”

Communities or teams that implement ƒractally as their governance model will hold weekly video conferences to decide or vote on who the people to represent their community in the broader community of communities will be. This fairer system of governance is meant to incentivize people to contribute as much value as they can towards their communities’ goals and in turn receive recognition for their efforts, which in this system translates to rewards in the form of a token/currency called Respect.

Respect is earned in many ways, some of which include:

● staking Respect to earn a yield.

● Respect can also be bought from those who’ve earned it.

This, in one or more ways, makes Respect valuable to the holder.

Respect is distributed such that 33% of the contributors. earn 66% of the Respect. This is a softer form of the Pareto distribution which should tend to distribute respect in relative proportion to the real contributions of the community.

The system of communities and teams leads itself to the governance of the entire ƒractally ecosystem through The Council of Twelve. To carry out governance tasks, this council will be made up of the top 12 leaders from each of the communities/teams that have earned the most Respect in the past 3 months. The Council of Twelve will have complete authority over community policies and the blockchain-powered smart contract that mediates community interactions. Any person in the world can partake in this iteration of decentralized global democracies.

Could this be a world changing form of governance? We’ll keep you informed as things continue to unfold.