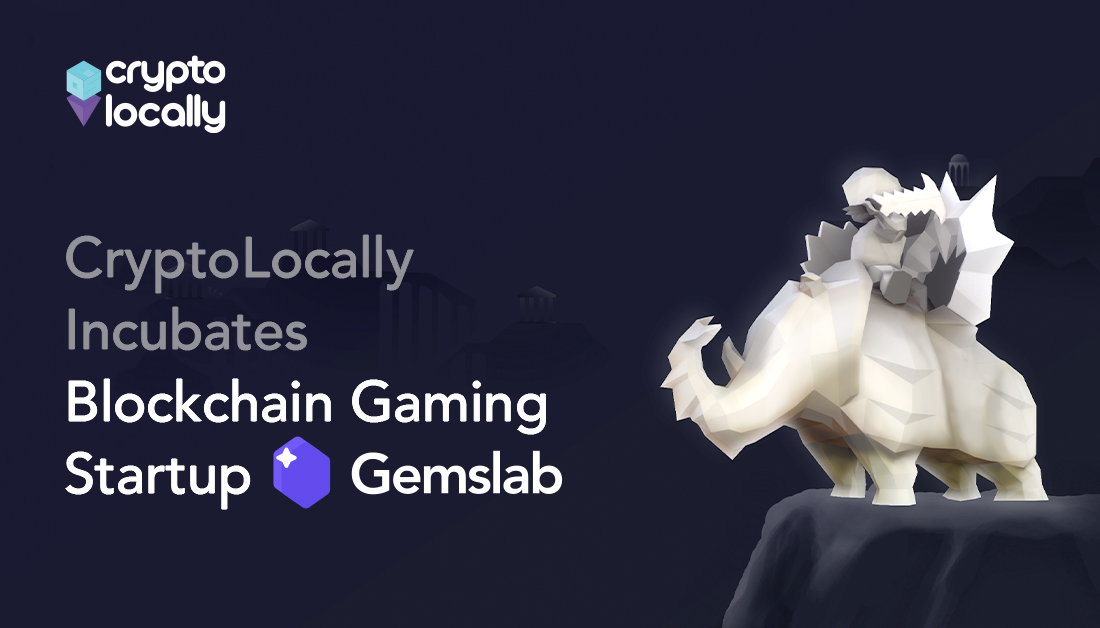 The truly decentralized peer-to-peer exchange, CryptoLocally, has recently announced its first incubation project. CryptoLocally will incubate GemsLab, the creators of Angry Warlords and Dragon Fly. It is a game studio based in Africa, that develops blockchain games for non-blockchain gamers. It's simple yet exciting games appeal to the casual gamers which make up a huge portion of the gaming population.

GemsLab specializes in building blockchain games that appeal to the masses. They build intuitive games that can be enjoyed by everyone while introducing their players to the concept of blockchain technology and cryptocurrencies. It has been their fervent belief that blockchain-based games are the best medium to get people into crypto.

CryptoLocally will support GemsLab with the development and marketing of its games. The two companies are already collaborating in the development of Gemslab’s next game: a 3D defense strategy game that will also be on the WAX chain. The game will come with common, rare, and epic heroes which you can purchase as Non-Fungible Tokens (NFT). Players can grow their abilities in the game or sell them in the future to other players for profit.

Both CryptoLocally and GemsLab are looking forward to a long, lasting, and mutually beneficial partnership. It is not hard to imagine GEM being listed into the CryptoLocally P2P platform and become the first P2P exchange to support the game token. On the other hand, we could see GIV tokens being integrated into one of the games of GemsLab further increasing the use cases of GIV tokens.

According to CryptoLocally, this is one of the reasons why they are incubating the small but highly talented game development startup. Like the startup, they also believe that blockchain-enhanced games are the perfect media to onboard the masses. Moreover, GemsLab has chosen a great blockchain that has the capacity to scale to mass adoption— TELOS (TLOS).

TELOS is an EOS-based blockchain, making it highly scalable without the insanely high transaction fees of older and less scalable blockchains. More importantly, TELOS developers are actively improving their blockchain by releasing a better implementation of resource management, more decentralized governance, and a clear and coherent worker proposal system.

Angry Warlord is a casual fun playing game built on the Telos blockchain. This means free accounts, fast transactions, and affordable resources. The game mechanics are quite simple, while riding a rhino you avoid obstacles by jumping, defeat enemies marching towards you by slashing and collect gems for real earnings. GemsLabs describes the game as pure exhilarating incentivized fun.

Dragon Fly is a game set in the world of clouds where you fly your dragon through an endless bounceable terrain to earn GEM tokens. Players earn GEMs by successfully navigating the terrain bouncing from one platform to another and try to reach the farthest point they can in the game. Like Angry Warlord, the game is available for download in Playstore for Android and Apple store for iOS.

GEM tokens are earned by slashing enemies and collecting the GEM tokens they release. GEMs are digital tokens that can be traded into EOS, TELOS, and soon WAX. You can also use them as in-game currency to buy items and upgrade your game character or buy a new one. The GEM ecosystem has attracted over 4,000+ players, many of whom had their first experience of blockchain through these games.

Binance has announced the addition of EOS in their Customizable Locked Savings product: Binance Savings. Through this s...

After the news about the SEC waiver for Block.One and the release-candidate of eosio 2, Dan Larimer has come back to be...