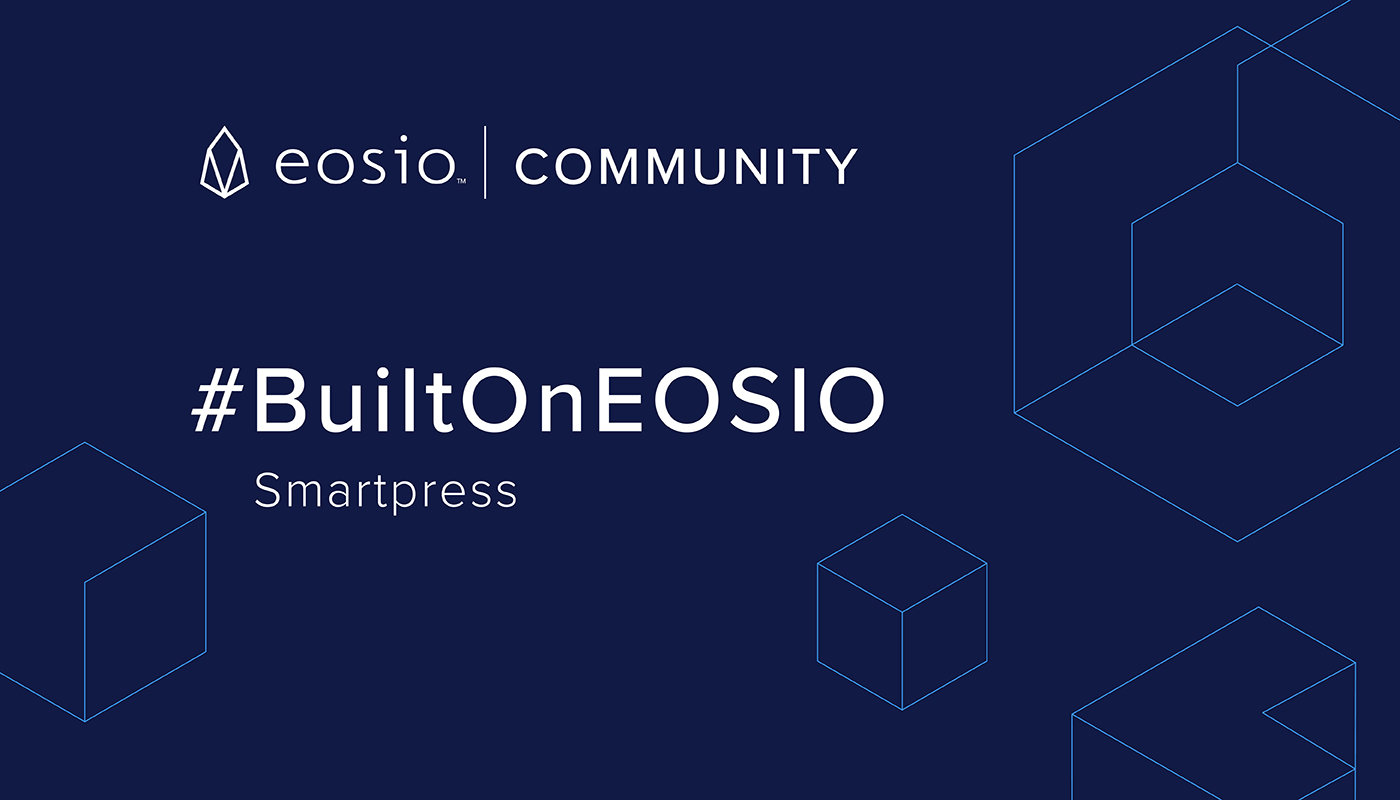 Block.One recently interviewed Lachlan Greenbank, CEO and founder of Smartpress, the SaaS that allows users to connect applications to an EOSIO smart contract.

Named "The Smart Contract Cloud", SmartPress is for all developers who want to add a level of security, trust, and validity to their applications.

This can be integrated through a wrapper API that allows developers to launch their own smart contract and create accounts for their users without having to worry about the blockchain layer.

"This makes life a lot easier for those teams who would like to enjoy the benefits of using an EOSIO blockchain, but who aren’t quite ready to take on all the complexities of Smart Contract development from scratch."

The SmartPress team decided to build on EOSIO chains for several reasons, including:

"A basic Smart Contract can be used to build trust with your users by allowing them to audit and verify the data themselves. This is what we believe blockchain is about: not trusting companies anymore and making them prove to you that they are doing what they say they are."

Currently the platform is already live and working. The team is having some trouble getting developers and applications understand the improvements that blockchain could make. Therefore they are concentrating not only on further improving the platform but also on making potential customers understand this potential.

In the future they will release additional products that will leverage SmartPress to improve the functionalities available to users.

As the crypto market has turned bearish since the start of the new year, so too has investors’ outlook for the foreseea...