Brendan Blumer and Block.One focused on EOS(IO) and more 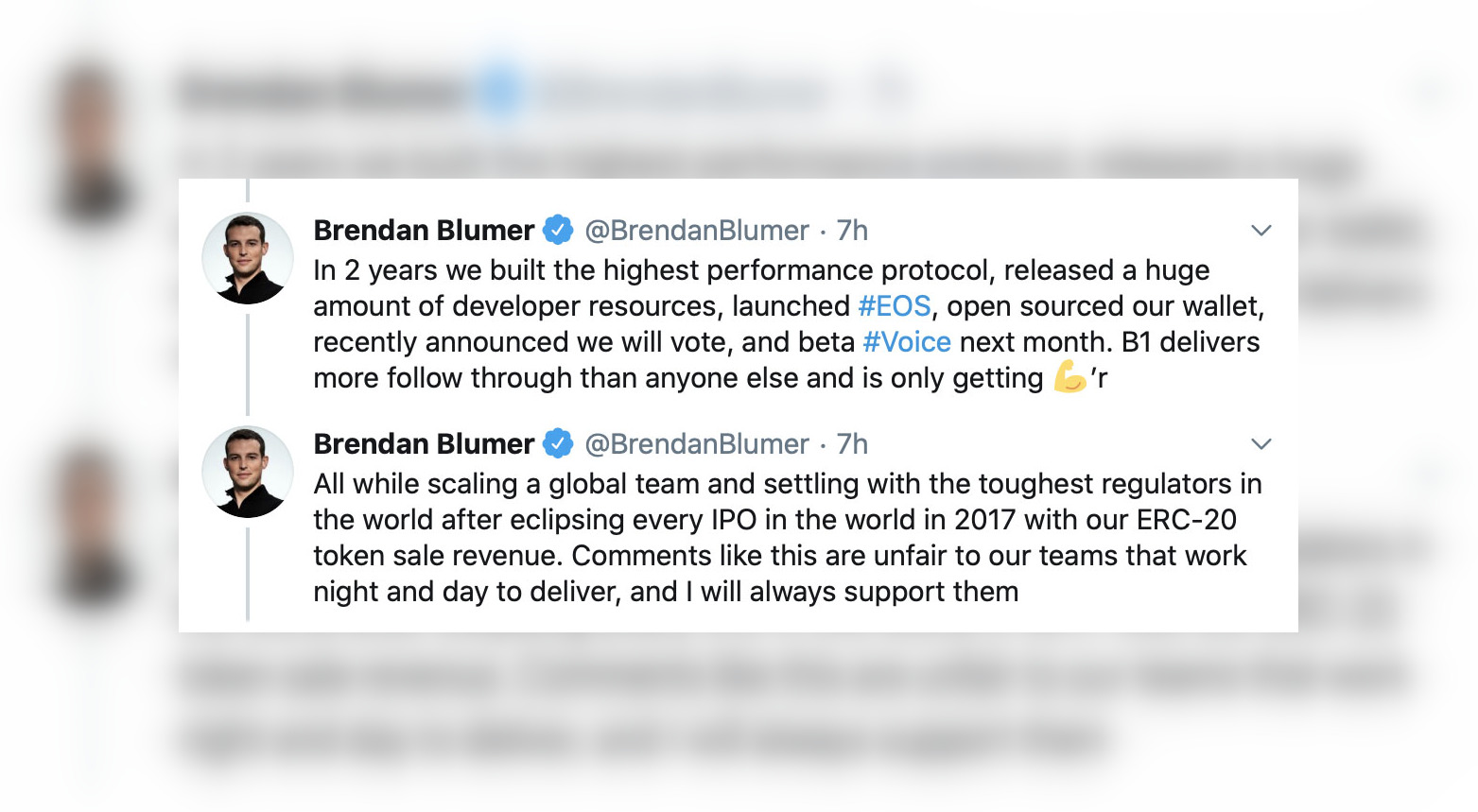 During the last few hours, Brendan Blumer, CEO at Block.One, replied to a series of comments regarding Block.One and its participation on EOS and within the EOS ecosystem in general.

"In 2 years we built the highest performance protocol, released a huge amount of developer resources, launched #EOS, open sourced our wallet, recently announced we will vote, and beta #Voice next month. B1 delivers more follow through than anyone else and is only getting"

Below are the most relevant responses to the discussion.