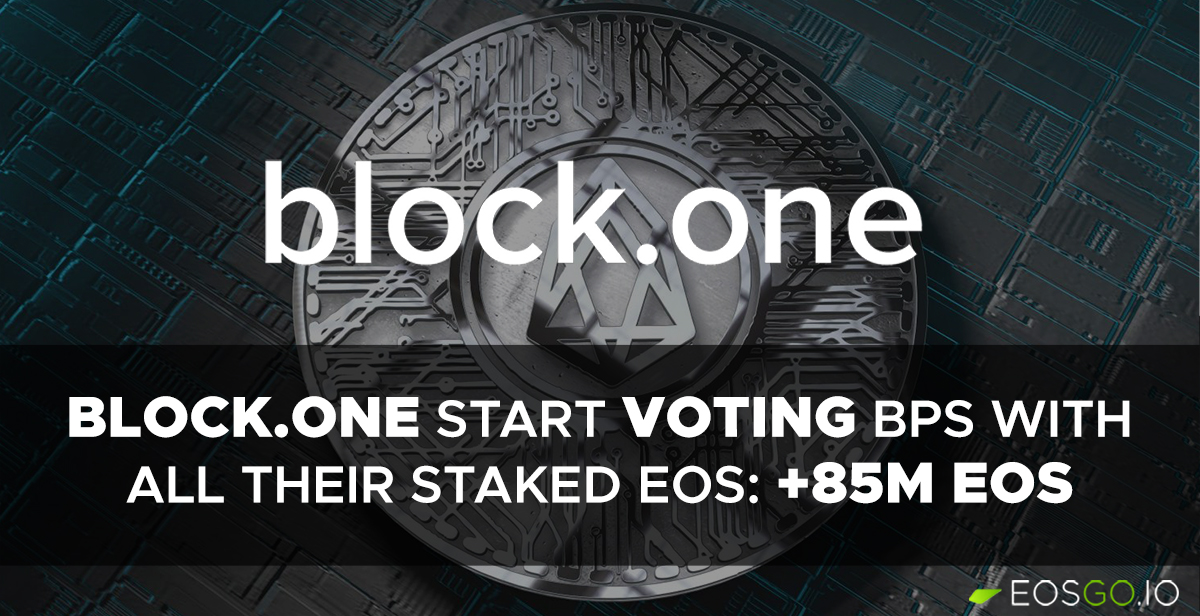 Block.One began voting for Block Producers today with all its +85M EOS on the mainnet, equivalent to over $270M. The list of Top 21 has undergone significant changes and many standby block producers will enjoy much higher rewards.

sub2.b1 is the new proxy controlled by Block.One with a voting power of over 85M of EOS. According to the first indications, this proxy will vote block producers, together with the first proxy sub1.b1 launched this summer with 10M EOS. With the new proxy, Block.One has decided to vote for 39 "technically talented organizations", which have engaged with the resource model testing program. This would be the new Resource Model, which should be launched in the coming months on the EOS mainnet. To read the analysis of EOS Asia in collaboration with EOS Go, head to: EOS new resource model 'rentbw', analyzed and explained!.

Each of them has released updates, explanations, or helped in the development of the new resource model, and soon another 19 block producers will be voted in their place.

This first round of voting, has shaken the internal composition of the top 21 block producers. In addition to this, many standby block producers, have increased significantly, almost doubled, their total number of votes, thus drastically increasing their rewards.

In the last 24 hours we have seen a huge reduction in the resources available on the EOS mainnet. This is because the n...

**‘Blues - a state of depression or melancholy.’** ### Bearish market conditions We are going through the most dread...