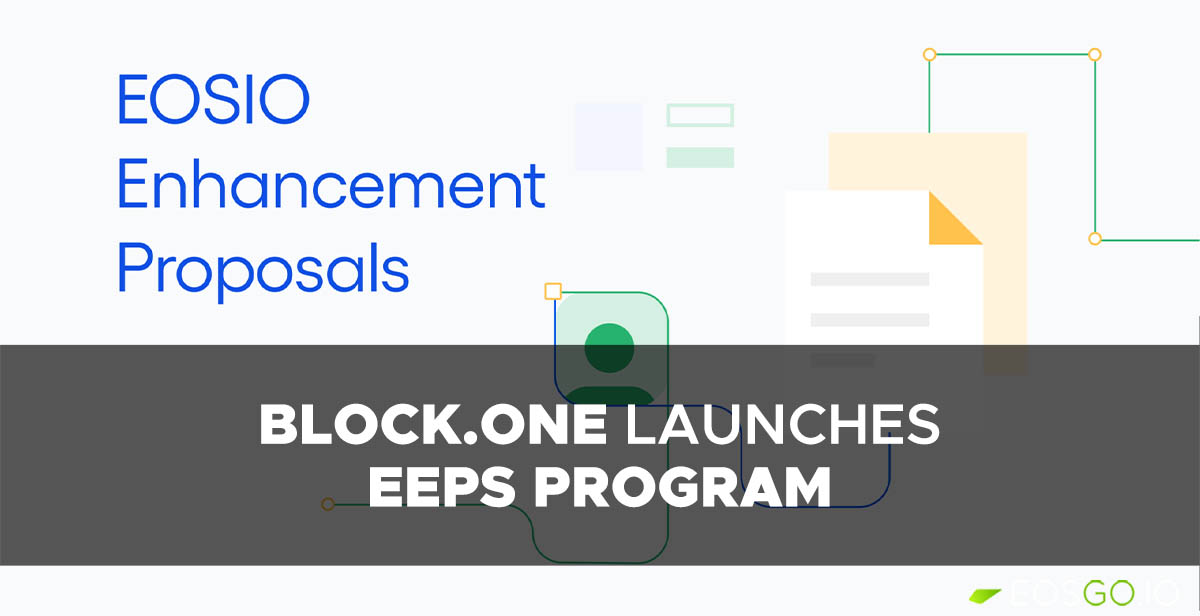 In the official release, Block.one stated.

"We believe it is important to tap into the collective knowledge and talent of our global community. Through the EEPs program, protocol improvements and new features will be discussed and developed."

The goal of the EEPs program is to continue to evolve and expand EOSIO and to give the community a voice in defining its future.

The EEPs program's intent is to further develop and expand EOSIO and to give the community a role in shaping its vision for the future.

Anyone can take part in the program by submitting a proposal or providing technical feedback on one that has already been submitted. Each EEP proposal should follow the standards and contain thorough documentation explaining the new features and their impact on the community.

A technical definition, community benefits or use cases, and the justification for the feature should all be included in the EEP. The EEP author is in charge of bringing the community together and documenting differing viewpoints. This method is chain-independent and solely pertains to the EOSIO protocol.

How the EOSIO EEPs program works

Currently, in addition to the proposed EOSIO token standard, Block.one is introducing a new proposal to allow the creation of a common API for token checks and contract verification checks.

In the future, the EEP proposal will be taken by Block.one as an input to the EOSIO roadmap. SEP supports the open-source community approach in which a more robust EOSIO may be built by a community.

The PredIQt team announced the launch of their Prediction/Knowledge market on the EOS mainnet. Users can now access the...

Yves La Rose, CEO and founder of the EOS Network Foundation, has published a statement regarding the [recent announceme...