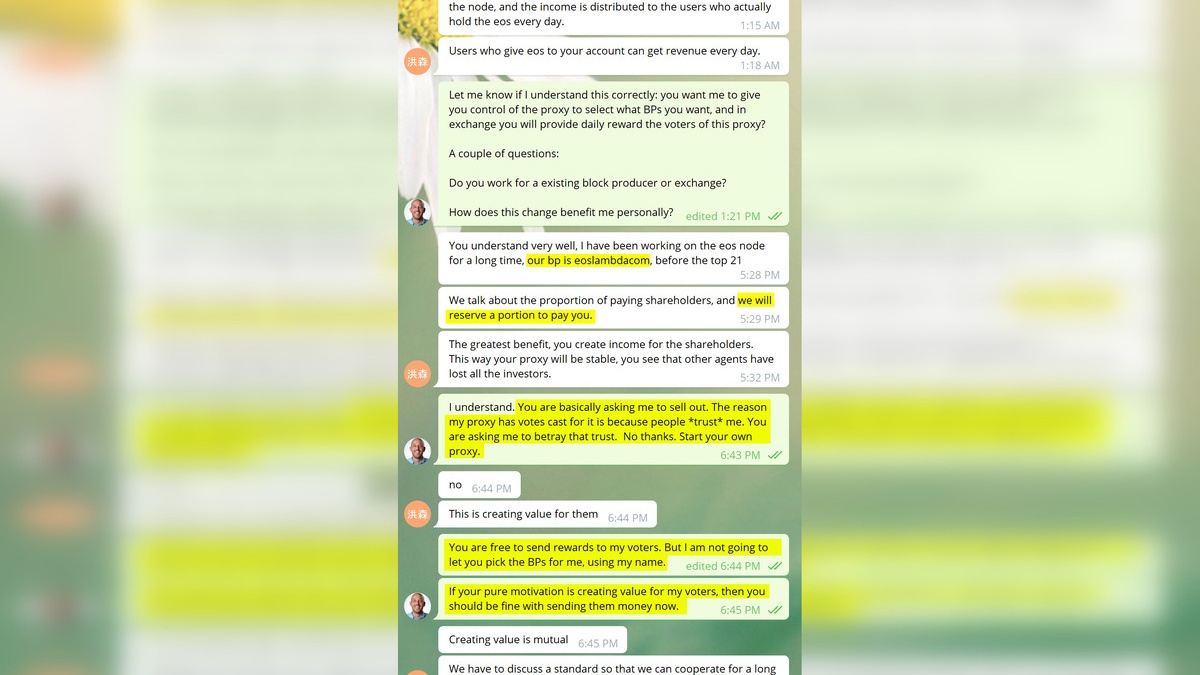 Colin Talks Crypto recently revealed on Twitter some screenshots of a private chat with EOSLambdaCom, currently a top 21 Block Producers.

As the screenshots reveal, the BP has made a rather unusual request, indeed asking to take control of the proxy in order to change the list of BP voted and then rewarding voters.

According to EOSLambdaCom, this could be a great way to create mutual value between voted Block Producers, the Proxy and its voters; however the rest of the community doesn't seem to agree.

What are your thoughts on this?

A great analysis on Vote Incentivation can be found at: https://steemit.com/dpos/@anyx/how-vote-incentivization-degrades-delegated-proof-of-stake