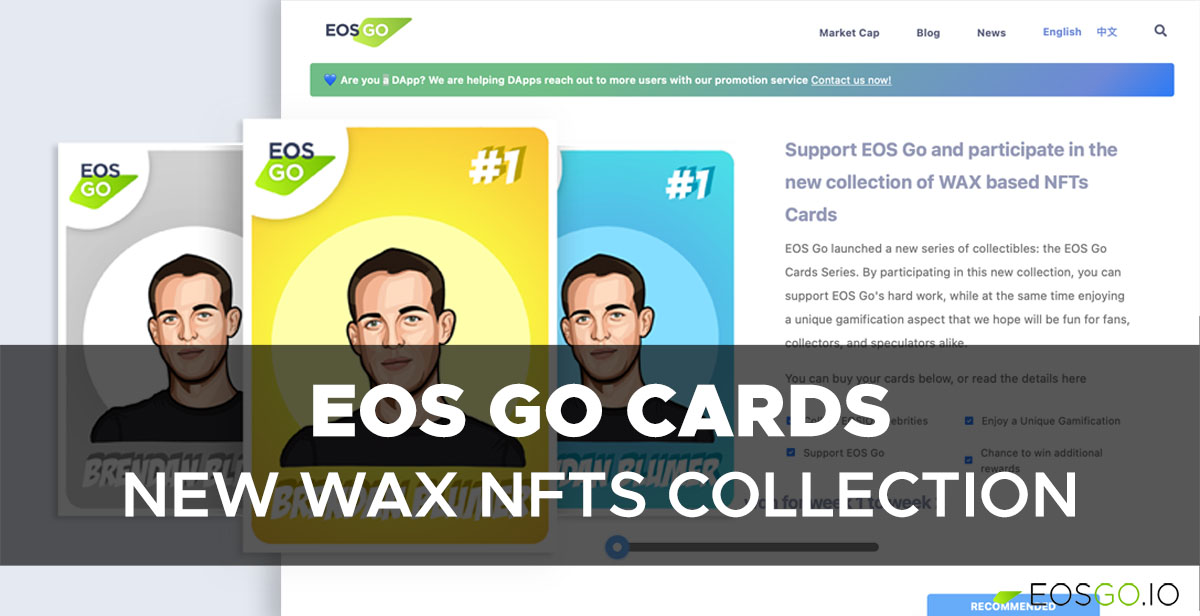 New Updates at EOS GO CARDS: Support us for Next Level Rewards!

EOS Go is excited to announce the release of our new WAX NFT’s EOS Go Cards. With NFT’s being all the rage and EOS Go being heavily involved with the WAX blockchain and community for quite some time, we thought it about time that some of the long standing community members and projects of EOSIO were immortalized on-chain as their own specialized NFT collectible card. 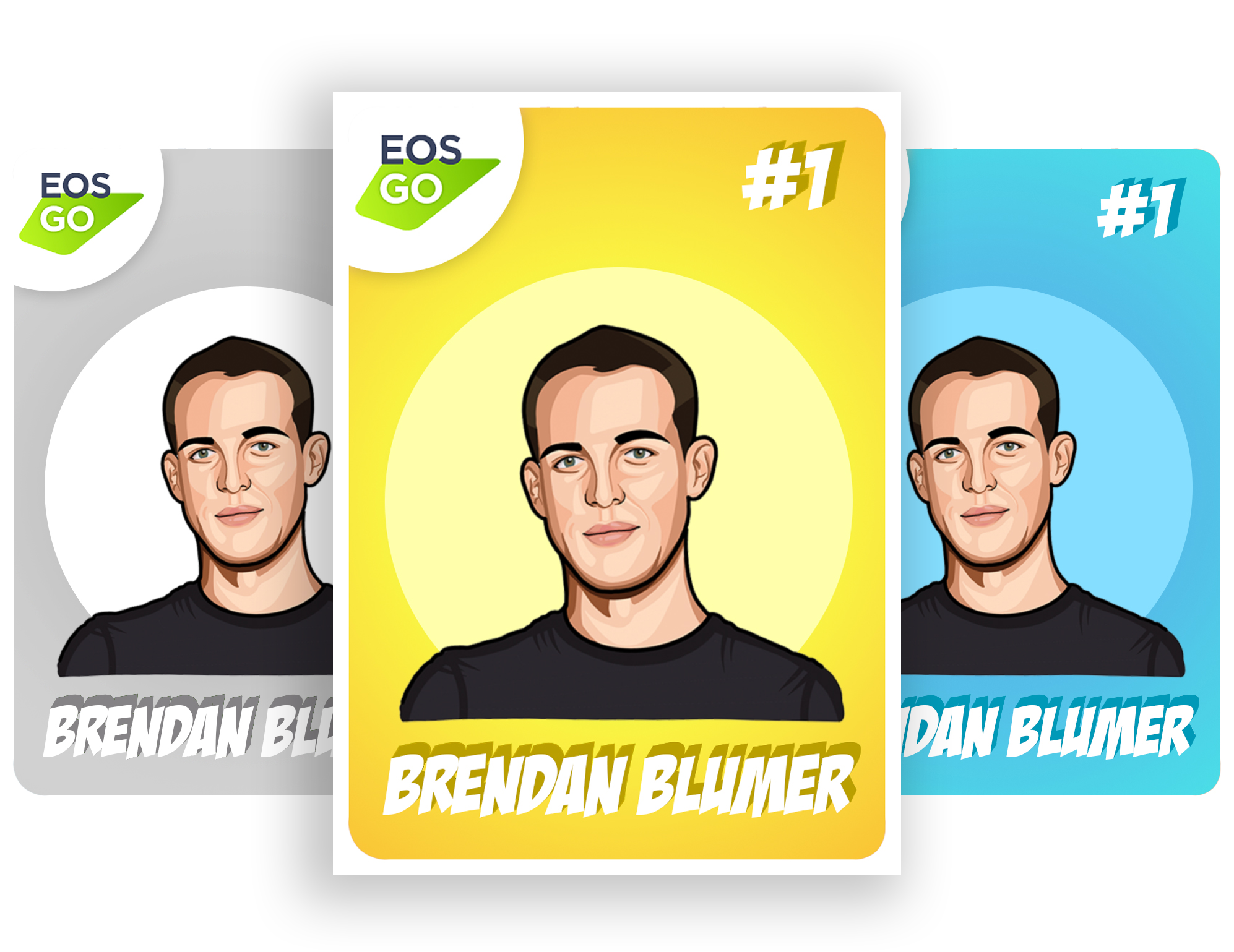 Beyond just being a card with a celebrity EOSIO project or face however, there is also a unique gamification aspect that we hope will be fun for fans, collectors, and even speculators alike. The basics are as follows,

A new main card will be launched every month. These cards will consist of Base, Rare, and Legendary rarities and can be purchased for the duration of that month for a fixed price. In addition, every week for the duration of the month more cards will be released with the same three rarities however, unlike the main card these are not purchasable. Those able to obtain these cards will need to already possess a card from the previous week. In other words, by having a card from the previous week it is possible to be awarded another card the following week. This actually is where the gamification comes in, as the chances to win subsequent cards is entirely based on the probability of the card held from the week before as seen below.

Hold on though, cause that is not quite all. In addition to all this, on the final week of the month, users in possession of that week’s legendary or rare cards will be eligible to receive a special Topps Digital card as a bonus prize. Of course, these cards as well will be determined by the rarity of the card in the users possession for the past week. So not only will those who participate get to keep EOS Go cards to collect or list on secondary markets should those that partake so choose, but a Topps digital card will also be thrown into the mix. And with that of course comes the added bonus of picking up more cards on the secondary markets to increase chances due to rarities of the future drops. Well, at least for that month anyways, as the beginning of the following month a new main card will be listed and the games will begin anew.

Of course the funds that EOS Go receives for these cards will help EOS GO to expand our reach and better keep those that wish to be in the know best informed about what is happening in and around EOSIO. That said, by buying the first card of the week/month, users will receive all the subsequent cards for the entire month, the only difference being the odds of which rarity that will be received after the first one.

As for the odds and how the weekly drop mechanics will work, a provably fair-like mechanism will be utilized and the drops will be calculated with a server-seed hash while card ID’s will use the Atomic Asset standard. As this is all transparent, the day before each drop EOS Go plans to share the hashed server-seed for that particular drop on social media so that anyone can later verify the random numbers generated were fair should they so desire.

Drops themselves will be made automatically one day a week to all eligible cards, and even newly purchased ones will be eligible for the new drop cards. However, once any given card has been used to receive a drop it will no longer be eligible for future ones. This again will all be provably verifiable so that should a card already used be put on the secondary market, those thinking about purchasing these will be able to verify whether or not it will enable them to be eligible for a future drop.

It should also be noted that main cards can be purchased directly from EOS Go at any time during the month. These too will be eligible for future drops not already having taken place, but since these future drops rarities are determined by the second week’s drop card, this too will be issued at the time of the purchase for those not within the first week. Shortly prior to the end of the month which signals the changing of the card sets and the issuing of a new main card to be purchased, the card sale will however be closed and the special Topps cards will be assigned to users who hold within their account a rare or legendary card from the fourth week.

All in all we feel that this will be a fun way for the community to engage through the collection and gamification of NFT’s designed to pay tribute to some of our favorite projects and celebrities in the EOSIO space. And with the addition of the added Topps card for select holders of previous weeks cards on the final week EOS Go is confident that there will be some pretty competitive engagement both through the EOS Go site and within the secondary markets as well in an effort to solidify a chance at one of these better known collectibles. That said however, we really do think that you will find something of interest with our original releases and hope that you have as much of a blast playing the game as we did thinking it through.

Keep an eye on the EOS Go homepage for further details and prepare yourselves for the first main card available for purchase soon!