EOS GO CARDS: Support us for Next Level Rewards! 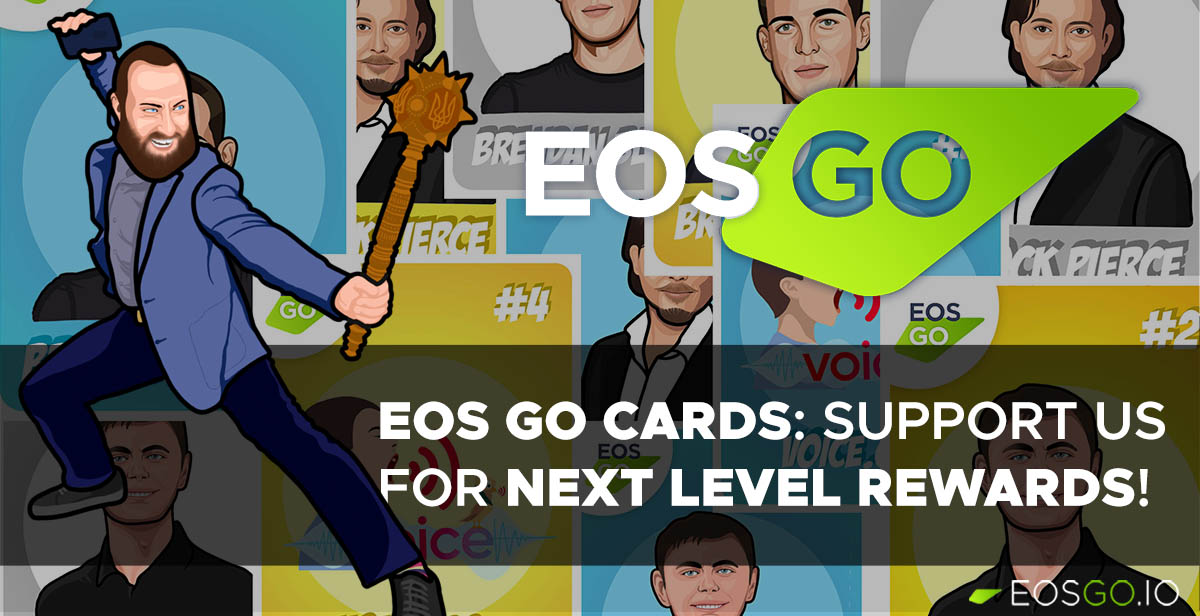 During December we started the first launch of the EOS Go Cards, currently consisting of 4 sets of cards with 3 rarities each: 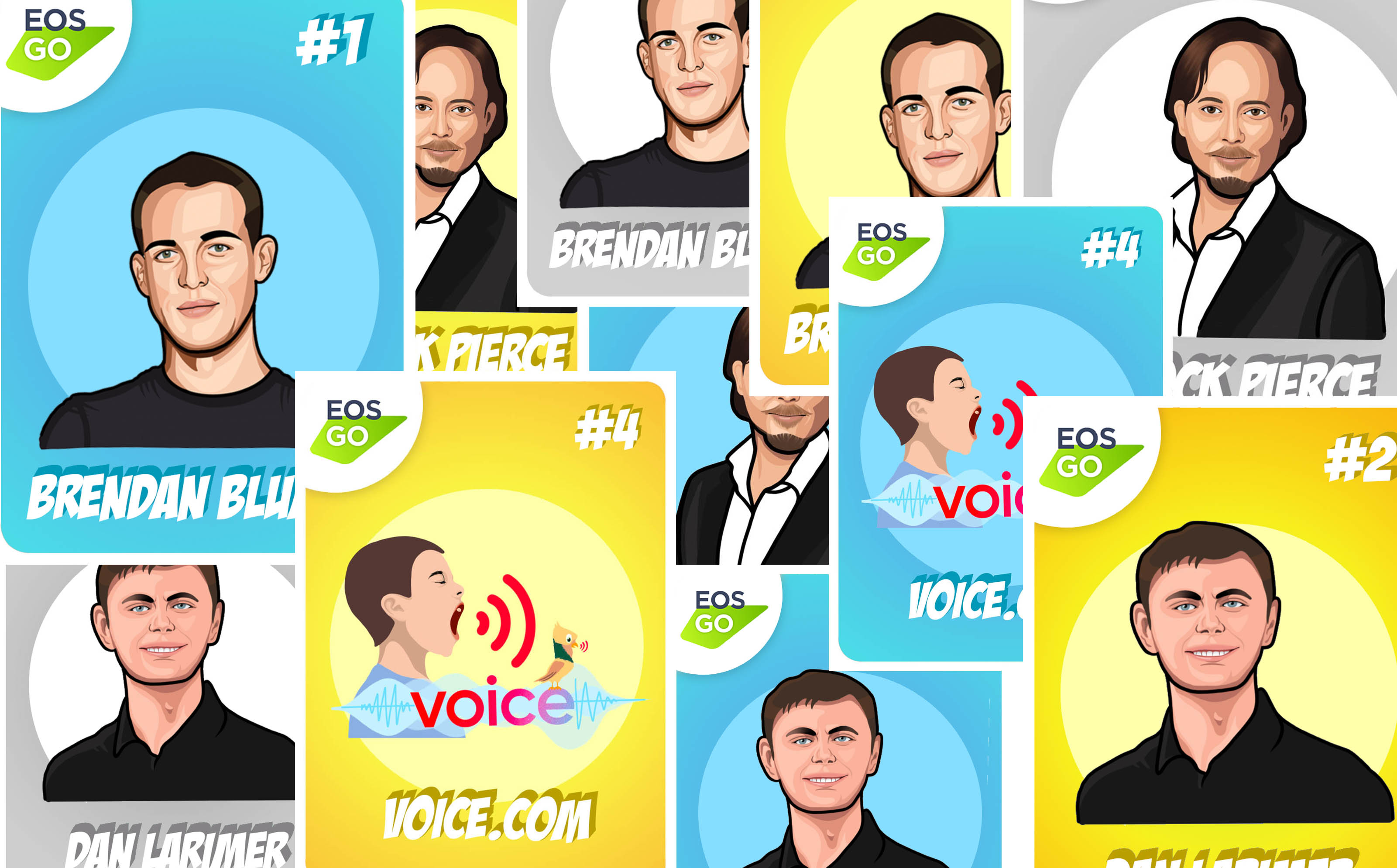 Over this time we have worked on improving the EOS Go Cards experience and will continue to do so in the coming months for future releases. The goal for this month's changes was to increase sales by introducing a Reward Mechanism and a Referral System.

This month's sales will begin on February 3 at 12:00 UTC, with the main or primary card released featuring Yves La Rose of EOS Nation. 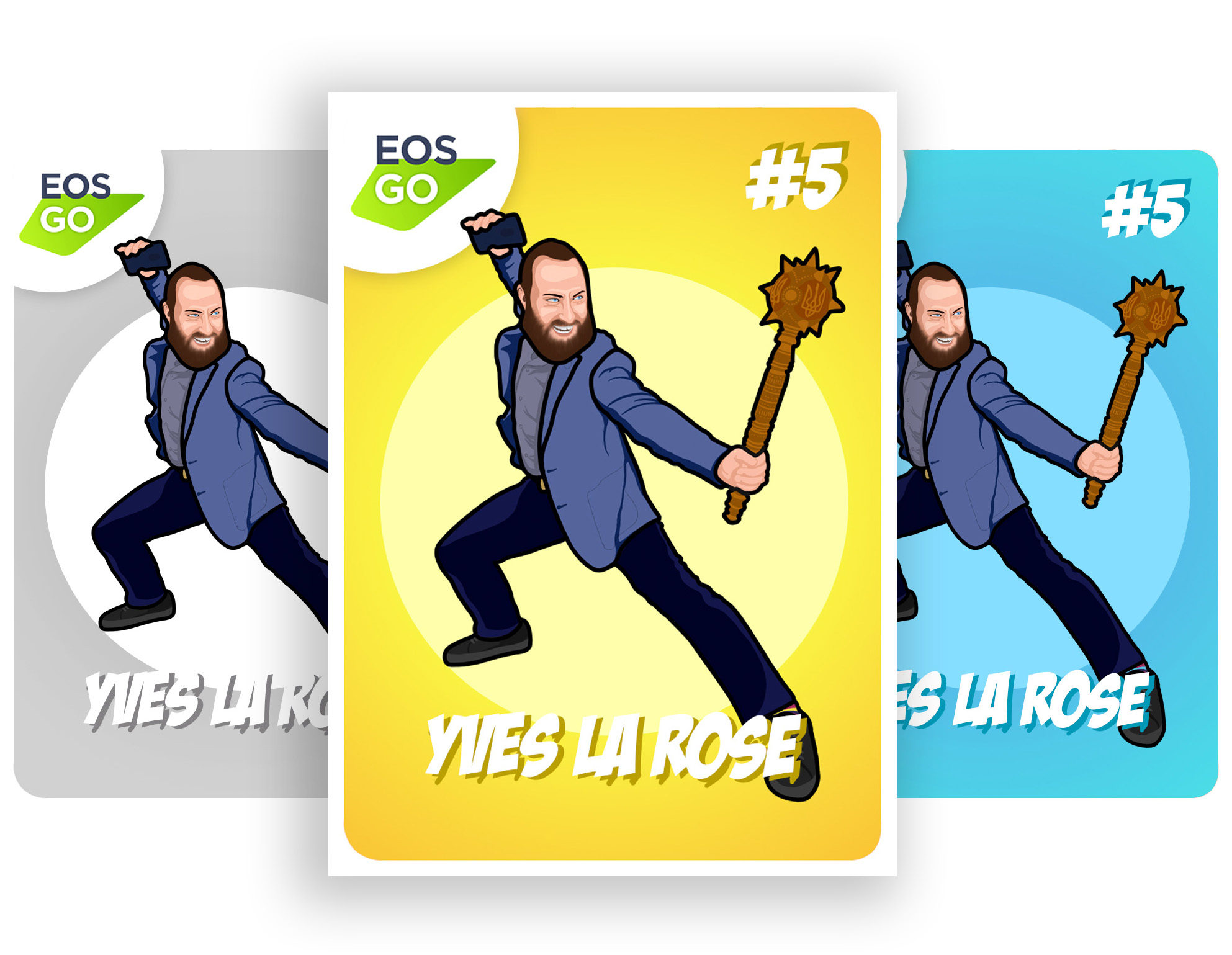 So then, let's have a recap of how the system works: Every month we release a set of cards with 3 rarities: base, rare and legendary. Throughout the month users can purchase cards, and then they will receive new cards for free every week until the end of the month. The rarity of the cards users receive each week will be based on the rarity of the previous week's card, according to the odds displayed on the eosgo.io homepage.

Basically by buying the main card of the month, the following week you automatically receive the second card of the month with a probability that varies depending on the rarity of the main card. The following week you receive a third card with probabilities based on the second card, and so for the last week with the fourth card.

At the end of the month, when all the cards are distributed, those who have the fourth rare or legendary card of the month will receive a reward in WAX tokens.

With the launch of the new cards this month, starting February 3 at 12:00 UTC, every time you buy a card of a particular rarity, the price to buy it later will increase by 1%. At the same time, however, the reward you'll get at the end will also increase, and be proportional to the price increase. Through this system, whoever buys the cards first, could almost ensure a higher reward at the end of the month, since the reward increases the more cards are sold, but remember only for those ending with a legendary or rare card.

Prices and reward amounts will always be available on our homepage at eosgo.io.

In addition to the Reward Mechanism, we have also introduced a referral system. Every time you purchase a card, you will be able to refer a referee. When referees manage to promote the purchase of at least 10 cards of a single rarity, they will be able to make a claim to receive a card of the promoted rarity for free. That card will be delivered regardless of its current price. This could be a great mechanism to get EOS Go Cards promoted directly by the community. Referral claims can be made directly from our smart contract eosgo.xy

All in all we feel that this will be a fun way for the community to engage through the collection and gamification of NFT’s designed to pay tribute to some of our favorite projects and celebrities in the EOSIO space. And with the addition of the added reward prizes for select holders of previous weeks cards on the final week EOS Go is confident that there will be some pretty competitive engagement both through the EOS Go site and within the secondary markets as well in an effort to solidify a chance at one of these better known collectibles.

Of course the funds that EOS Go receives for these cards will help EOS GO to expand our reach and better keep those that wish to be in the know best informed about what is happening in and around EOSIO.

That said however, we really do think that you will find something of interest with our original releases and hope that you have as much of a blast playing the game as we did thinking it through.