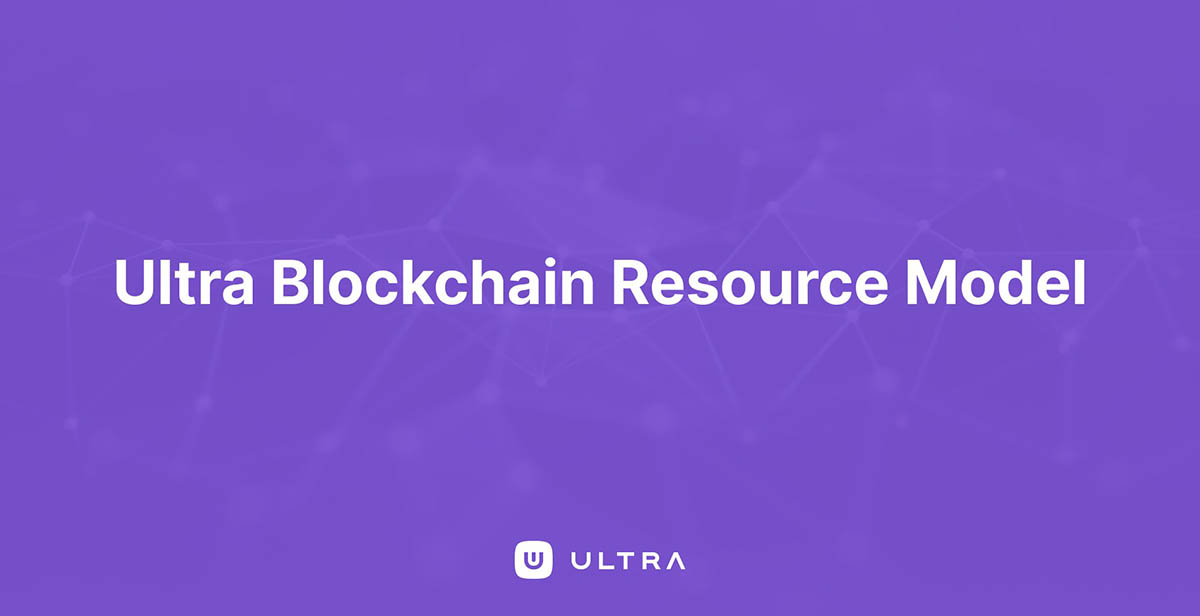 After announcing the finalisation of their Gaming Platform Protocol, the Ultra team explain us more about how their Resource Model works, combining CPU and NET in the Ultra Power.

The combination of resources is an important step to make the blockchain less complicated for newcomers. On the Ultra blockchain, the CPU and NET are combined into a single "Ultra Power" resource, which is not even needed to perform transactions by users.

This is possible thanks to a new resource sharing mechanism, which pool the available resources and make them usable by anyone who needs them, when they need them.

According to this mechanism, Ultra Power is used to give priority to users who perform transactions. "The more Ultra Power one has, the faster one's transaction gets executed."

You can get Ultra Power by staking UOS tokens. Each time you execute a transaction, you will spend Ultra Power, but it will be restored every 24 hours.

This feature allows the Ultra Blockchain to always use 100% of its computation capability.

In addition to this mechanism, there is also the possibility for companies to "sponsor" their users' transactions. That is, a company can stake UOS tokens and pay the Ultra Power on behalf of their users, especially for users who have a specific NFT.

"One could imagine Ubisoft buying UOS tokens and “sponsor-staking” them to fuel all transactions made by users with their Far Cry 6 smart contracts, as long as these users own Far Cry 6 (On Ultra, purchasing a game is technically purchasing a game NFT)."

"When a user’s transaction is sponsored, not only does the user’s Ultra Power quota stay untouched since the company would ”pay” with their own resources, but his transaction gets execute with the highest priority."

In this way, the various companies can ensure a seamless user experience for their customers, who only have to worry about buying the video game on Ultra and start playing.

Ivan On Tech, one of the most famous crypto-influencer, recently managed to interview Beni Hakak, CEO of LiquidApps. Th...

After announcing the finalisation of their Gaming Platform Protocol, the Ultra team explain us more about how their Re...