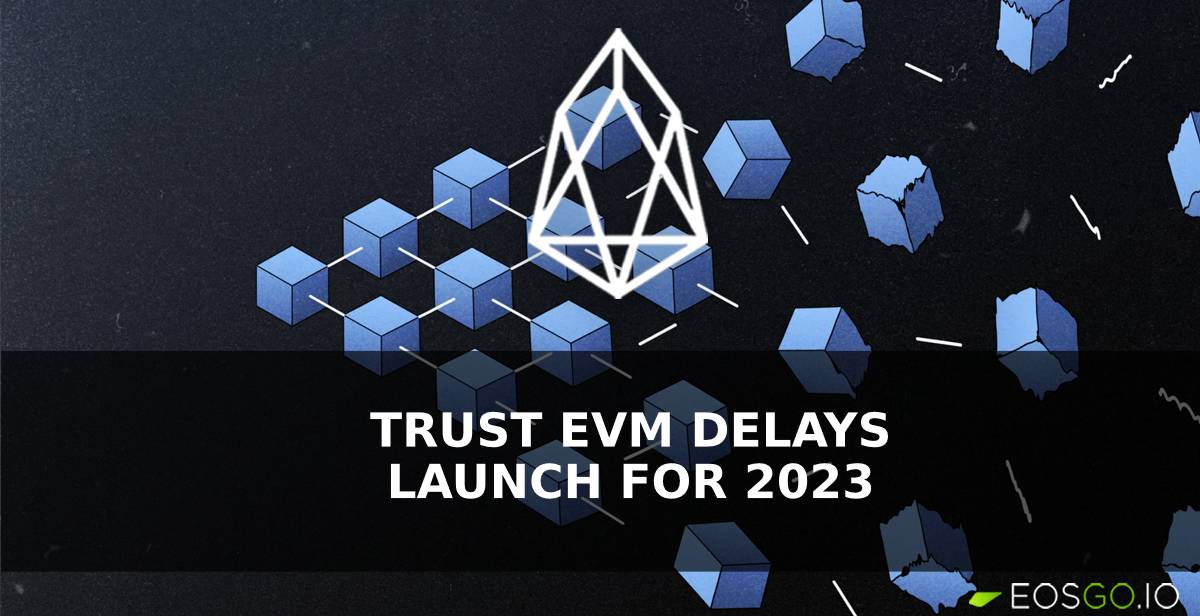 In its latest update article, Trust EVM announced that it will be delaying its chain launch until 2023. The update article also shared information on Trust EVM’s activities at the recent Token 2049 event in Singapore of which Trust EVM attended as a title sponsor.

Initially scheduled for a Q4 2022 launch, the Trust EVM launch has now been set for a Q1 2023 launch. Reasons for the delay have been attributed to the necessity to include more performance optimization and an extra feature regarding the block time.

In order to deliver on the 0.5 second block times, it’s been decided that the new design will use timestamp mapping rather than block mapping. The idea behind this design is that the EVM chain will generate one block every second, or 0.5 seconds if it's been decided on a different path.

Implementing the timestamp mapping design is said to have the following advantages:

(2) We can change the duration of Antelope block production and not have to worry about breaking our Trust EVM system.

(3) It will allow us to easily adapt this model for things like multiple blocks sharing the same timestamp to increase throughput by modifying one parameter.

“After considering all the points mentioned above, we decided that we should go for this timestamp mapping model regardless of whether we want 1s block time or 0.5s block time. This new model is far more flexible and is friendlier to further performance optimization”

A delay on Trust EVM’s launch for another quarter should bring additional benefits to the strength of its ecosystem for when it launches. The delay affords the team more time to improve upon the chain's performance, but also time for additional marketing efforts to bring in more developers. Especially with ongoing initiatives like the Trust EVM GameFi Hackathon to deliver potential industry-leading applications.

Since today Block.One has finally started to use its EOS stake to vote Block Producers on the mainnet. It's an event th...