Fully private and untraceable transactions on EOS thanks to ZEOS 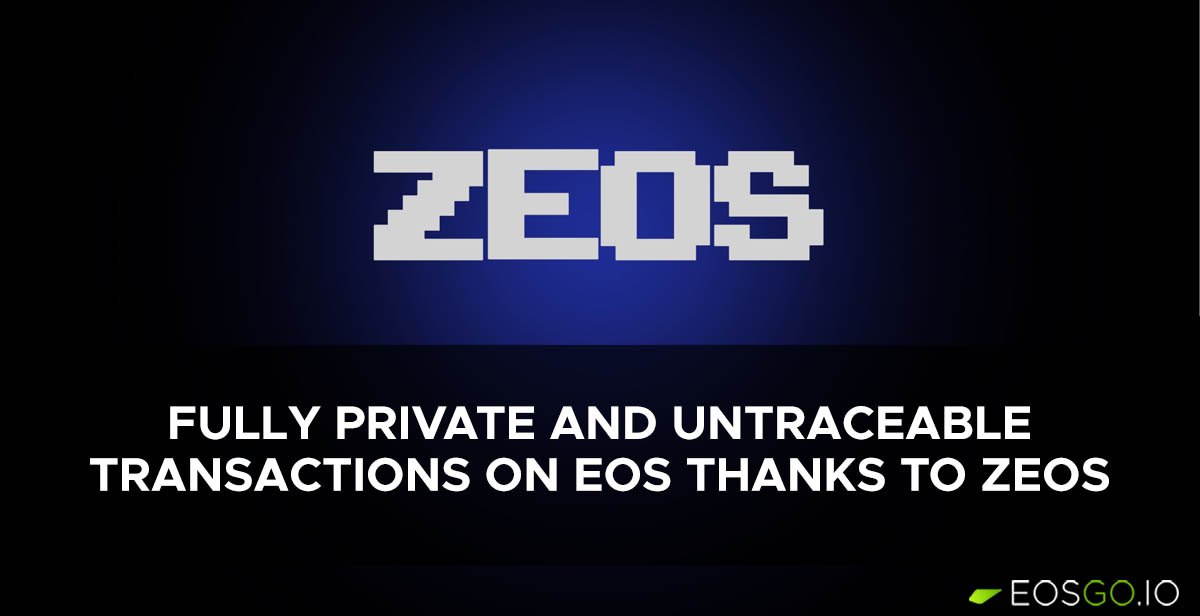 On the EOS mainnet has been recently launched ZEOS, a protocol to enable fully private and untraceable transactions using zk-SNARKS. The ZEOS token has been airdropped to all pEOS token holders.

Through ZEOS, both users and developers of dApps will have a new ready-to-use solution to perform transactions on EOS in complete anonymity. In this way, developers in particular can focus on developing new dApps without worrying about the implementation of a proving system for their zero knowledge proofs.

In past years, another project known as pEOS, had already attempted to bring private transactions to EOS by leveraging an architecture similar to that used by Monero. Unfortunately, the project was abandoned, but now the ZEOS team has decided to airdrop their tokens to all pEOS holders.

The airdrop was performed on December 24, for every pEOS token held 4.76 ZEOS tokens were obtained.

Thanks to Pomelo, the ZEOS team was able to raise about $24,000 from various contributors, to continue the development of the project and improve the roadmap. The long term goal of ZEOS is not just about private transactions, but the team wants to create a system of tools and protocols to support a private and untraceable DeFi ecosystem on EOS.

> “It marks a major milestone to EOS’ path to becoming the best in class blockchain for highly scalable Web3 applicatio...

Developments over the past few months have led to this present time where the details of everything that’s expected to ...