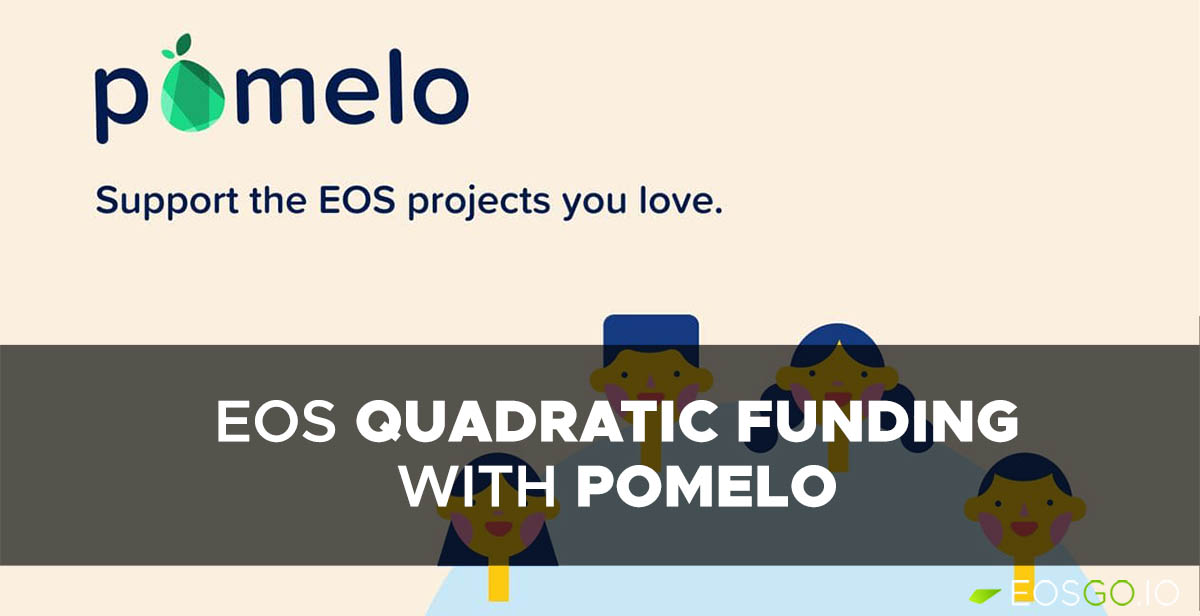 Pomelo, a new Quadratic Crowdfunding platform inspired by Gitcoin and powered by EOS, was recently announced. The initiative got off the ground thanks to a Block.One's grant, while EOS Nation and EOS Asia, two of the most prominent EOS block producers, are working on it.

The platform is inspired by Gitcoin and will be completely community-focused, able to receive bounty requests and grants in EOS tokens in a completely free manner. Block.One has also proposed to directly fund some community-selected grants once the portal launches later this year.

The crowdfunding system is based on Quadratic Funding, an algorithm that favors projects funded by multiple contributors over simply the amount of funding received. Through quadratic funding, the matching funding is allocated based on the square of the sum of the square roots of the contributions made by the funders.

This system encourages funding from small donors, in a more democratic way as the "Number of contributors matters more than the amount funded". By doing so, it is possible to fund projects that benefit the community as a whole, such as open-source projects, protocol improvements, libraries that help developers, free education, etc. These are basically public goods.

The Quadratic Funding mechanism is already popular on Ethereum crowdfunding platforms, and was first proposed by Vitalik Buterin himself in a 2018 paper, "A Flexible Design for Funding Public Goods", Buterin, et al., 2018.

Once released, Pomelo will be fundamental to stimulate the development of new services not only on the EOS mainnet but on all the EOSIO chains. More details will be released soon, plus tips and tricks to maximize fundings.

"The platform’s goal is to help developers within the community capture the value they create and grow the developer population. The platform is voluntarily self-funded, democratically driven, carefully administered, and aims to help the community become more independent."

TokenPocket recently announced the release of TP Exchange, a new trading platform that allows users to trade with the l...