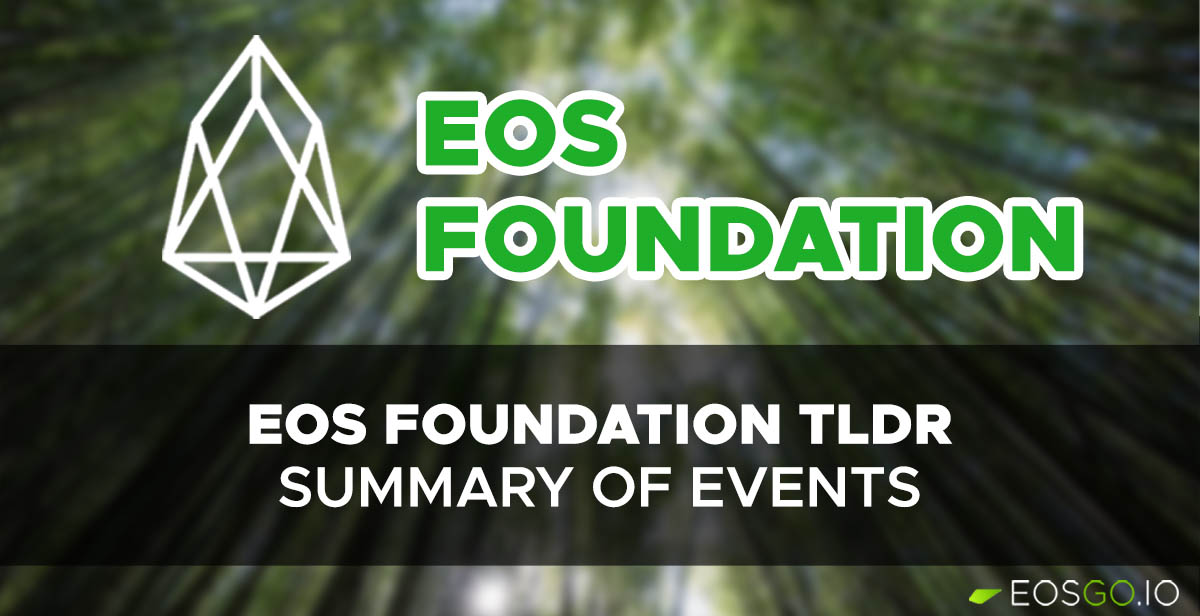 Yves La Rose, former CEO of EOS Nation, published a blog post announcing his plans for proposing the EOS block producers to fund an EOS Foundation whose mission will be to lead the vision and roadmap for the EOS blockchain. At its core, the Foundation will work to empower developers, businesses, and individuals to build on EOS.

Multi-signature and Advisory Board

Yves La Rose updated the community to inform them that since the initial announcement, he has been gathering feedback, addressing concerns, and working towards reaching consensus amongst the block producers and key stakeholders to support the funding for an EOS Foundation.

This update also included plans for how the initial MSIG for the Foundation would be structured as well as how an advisory council is to be set up to provide strategic advice on the overall direction of the Foundation and to advise as well as sign off on all grant recipients and project sponsorships.

The first MSIG that was described on August 9 was proposed on-chain for the block producers to sign off on. This proposal would create a new eosio.grants system contract, which would be under the management of Yves La Rose, Zack Gall (Everything EOS), and Dafeng Guo (EOS Asia).

As an additional layer of checks and balances, a 36 hour time delay was also included in the MSIG plans which would allow block producers to intervene should they ever need to do so to stop a transaction.

Upon the passing of MSIG #1, a second MSIG is to be proposed which will transfer the 3.4m legacy EOS fees contained in eosio.ramfee and eosio.names to the eosio.grants account which was established in MSIG #1. Additionally, MSIG #2 will increase network inflation to 3%, of which 1/3 will continue flowing to BPs and 2/3 will accumulate in eosio.savings for future funding requests on a periodic basis.

With roughly $15m under its management, roughly the size of a Series A VC funding round, the EOS Foundation will be empowered to begin its work to deliver on its mission to lead the vision for the EOS blockchain.

At this point, EOS will begin its next chapter that includes the leadership, funding, and resources that it has been lacking over the last several years. Announcements of core team members, advisory council, and further details on EOS Foundation operations are expected to be released over the coming weeks.

Dan Larimer recently announced on Twitter that he designed a new approach to the CPU that will significantly reduce CPU...

BOSCore developers recently announced the BOS Oracle. This is a service that provides verified external data for DApp s...