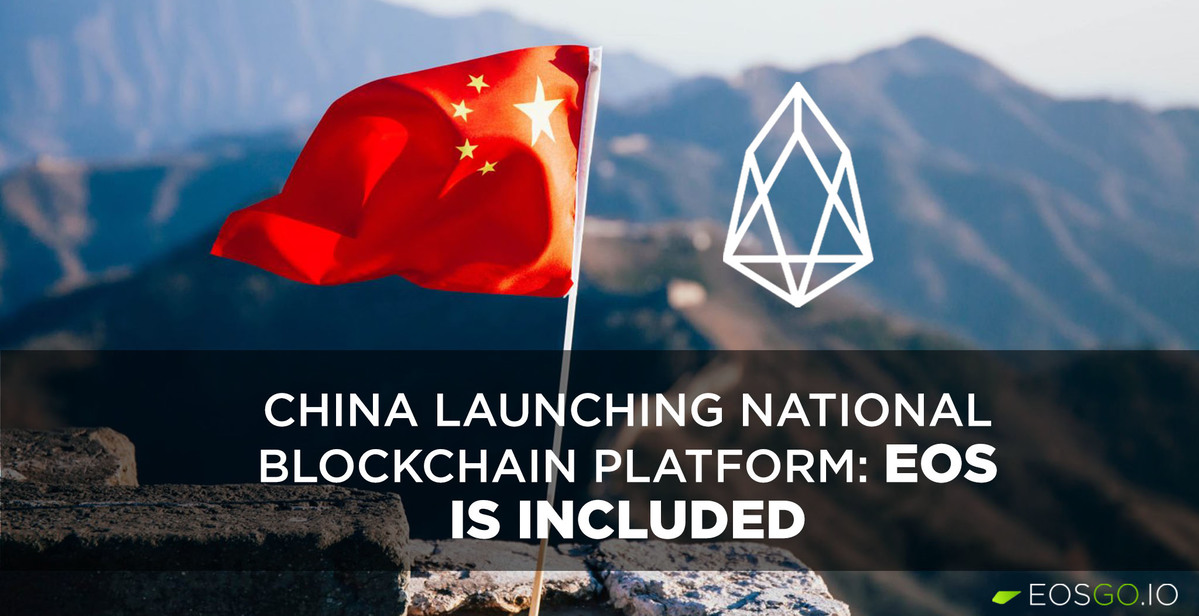 China's National Blockchain Platform: The Blockchain Service Network (BSN), will be launched on April 25. This is a centralized platform that will allow developers to build blockchain-based applications by choosing various technologies, including EOS.

The goal of BSN is to reduce the cost and complexity of developing blockchain-based applications. Developers will have at their disposal several enterprise blockchain protocols, permissioned as Hyperledger Fabric, but even public chains. The latest version of the BSN white paper specifies the introduction of Ethereum and EOS!

From this point of view, China is doing all it can to be an innovative leader in the field of blockchains, not to be unprepared in case new projects such as Facebook's Libra should emerge. For this reason they are not only aiming at permissioned blockchain technology, but cautiously engage with public blockchains, and they could only choose EOS, the highest performing blockchain technology ever.

"Designed to unify the fragmented market, BSN is a cross-cloud, cross-portal and cross-framework public network that enables developers to easily and affordably develop, deploy, operate and maintain permissioned ... and permissionless blockchain applications and nodes" - Leon Li, CEO of Huobi Group

For September 6 LiquidApps will deploy a bridge to unlock new features with Ethereum. For the first time we could see l...

The CCID Research Institute of the Ministry of Industry and Information Technology of China published the 20th Global P...