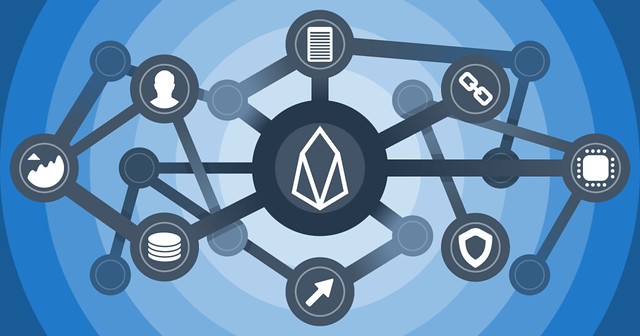 How does EOS work?

EOS is to build a blockchain platform that can process 1000s of transactions per second without on-chain transaction costs. Blocks are generated by Block Producers, similar to a miner on Ethereum. When they generate blocks, they are paid by the EOS blockchain itself, removing the fees from the user. The EOS token has a built-in inflation-rate which supports maintain the ecosystem. On the EOS blockchain, 2 blocks are generated every second. Only 1 block producer is promised to make a block at any given point in time. In order to make sure the network is performing at an optimal rate, a block producer that does not generate a block within a predefined time slot is temporarily removed from the network. According to the EOS white-paper, the DPoS protocol is what permits the network to operate free of transactions fees. Fewer nodes are needed to confirm transactions, which has the outcome of requiring less power to operate the network as a whole. Additionally, the delegated nature of verification assignment stops centralization of the network. The EOS protocol links Horizontal Scalability, which permits EOS network to process up to million transactions per second. Horizontal Scalability gathers several software and/or hardware entities into a one entity that acts as one to process transactions. Traditionally, most networks have used Vertical Scalability, which involves including more PC power to a single entity that process transactions.

Cloud storage in a system called IPFS (InterPlanetary File System) will be a part of the EOS system as well. As a decentralized application developer, you will be able build and deploy apps, allow cloud storage, and download bandwidth in a totally distributed manner. This open up you to bring your ideas into reality free from the demands of securing bandwidth and storage. As a developer, you also have right of entry to usage analytics for storage and bandwidth directly from EOS and are capable to set restrictions for specific applications. You pay for these services by staking EOS tokens.