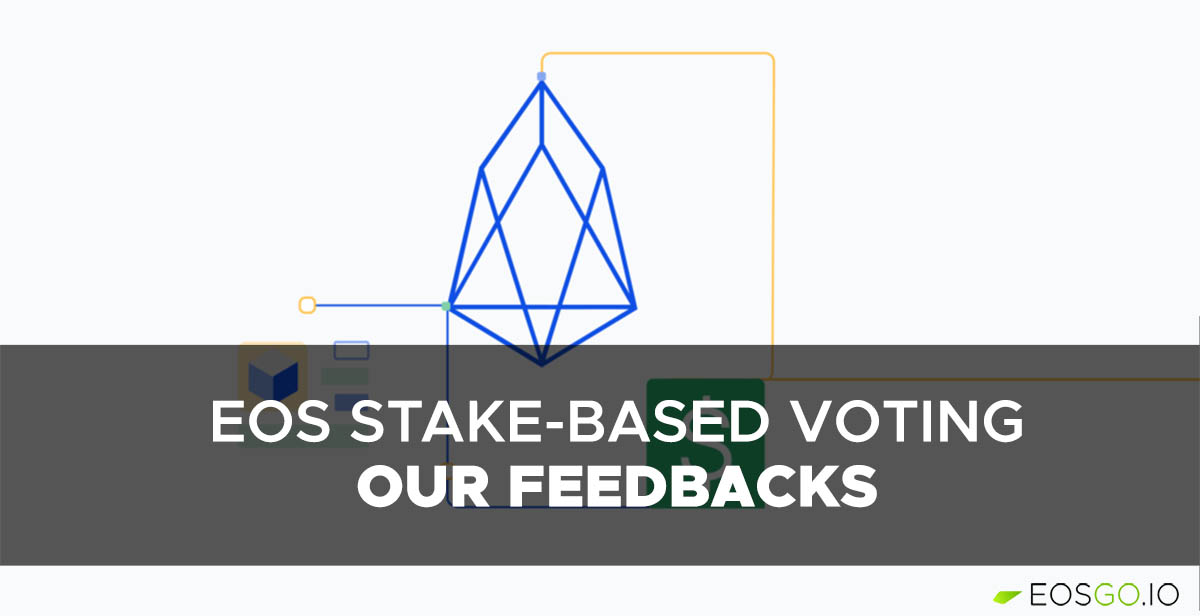 We reviewed the analysis done by Prism Group, based on the 6 recommendations:

After careful examination, we agree with the above recommendations.

We would like to highlight the fact that the Block Producers are themselves token holders, and also with substantial shares since they receive from the launch of the mainnet the entire amount of inflation. This does not seem to have been stressed enough in the analysis, but it was one of the fundamental factors for the initial idea of staking pools proposed by Dan Larimer.

Following this reasoning, through the implementation of stake-based voting, it can be assumed that the Block Producers themselves will be able to stake a portion of their rewards to make up for the lack of the block reward.

Indeed, this has been evaluated in the analysis, in section V, footnote 21, however, it would be interesting to bring a further study on the subject to determine the actual difference between the rewards that Block Producers currently receive, and those that they will receive with the Stake-Based system by evaluating: BP operating profit + staking profit.

The EOS Authority team has already published a webpage comparing the differences between the current rewards and the BP operating profit of the Stake-Based system using a 1.2% inflation destined to Vote pay at https://eosauthority.com/staking_model_producers_pay

Based on the information found above and in the paper released by Block.one with the analysis by Prism Group we can say that if this mechanism is to be added to the mainnet we would be keen to the 3.8% of inflation over the 1.2%. This, because at first glance it wouldn't make much sense to make such a change for a marginal change in the way Block Producers receive rewards with no advantage given to token holders (even though these parameters are easily adjustable).

However when looking at it from a outsider, if I was a small token holder the system would seem to be beneficial for me due to the additional Stake Rewards and possibly the added Vote rewards given to me by block producers. As a Block Producer with no stake available it would not be as good as it seems due to the fact we would have to pay multiple parties for votes with no additional rewards (to be counted the fact that the total amount of rewards as a BP may go down for some). While as a Block Producer with a large amount of stake I would get more rewards than the system allows since I would be entitled to System Vote Rewards, Stake Rewards and Vote rewards given by other BPs I vote for.

Therefore, considering the ecosystem I would be conflicted as to implementing the mechanism or not, since while it gives marginal benefits to token holders, this seems to be giving a higher control to the whales that are also BPs. One big factor that can sway this however is the withdrawal limit, which as described in the paper may be giving more hardship to the exchanges that want to stake a lot since they need to possibly consider a longer unstake period.

The last point we’d like to touch however is the upgrade procedure required to implement this new mechanic. We believe that if the procedure involves re-registering the producer and users need to re-stake their tokens, this upgrade shouldn’t be taken into consideration. Instead we support the idea taken in consideration by EOS Nation which involves increasing the REX APY for stakers.