State of the DApps

There are over 100 live Dapps on the EOS mainnet, and that number is growing EVERY DAY.

The EOSIO software was developed by block.one CTO Dan Larimer with the goal of creating a functional base software that apps could be built upon. Five months after the EOSIO mainnet launch, it’s safe to say that Larimer has accomplished his goal.

State of the Dapps (https://www.stateofthedapps.com) is a website that measures the activity of Dapps on EOS. We will be using the data from State of the Dapps as DappRadar has already been extensively covered.

State of the Dapps has 7 general categories for Dapps and their state development:

State of the Dapps has 12 categorizations for DAPPS:

Categories are added as needed.

Of the 43 DAPPS listed as live on State of the Dapps, most of the dapps fall under the gambling category. This is not surprising as the speed and functionality of the EOSIO software makes gambling online easy. And because it is decentralized, the trustless system helps to ensure that funds are deposited per smart contracts as they are supposed to be.

Top 10 Dapps on State of the Dapps on the EOS Platform: 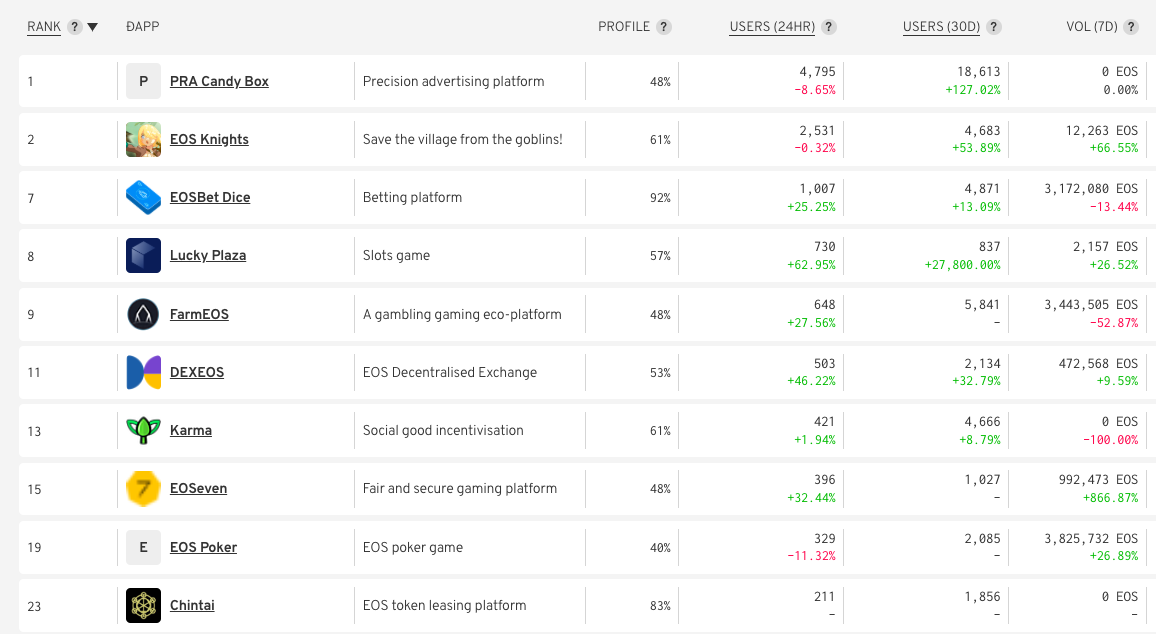 There is a healthy mix of dapp categories currently dominating the top 10 spots according to State of the Dapps, with gambling DAPPS having the slight edge.

EOS KNIGHTS is a mobile game that runs on the EOS blockchain. Villagers become knights and defend the town against goblins. You can collect materials to craft useful items for use or trade. You can also trade your items on an inside market for money. 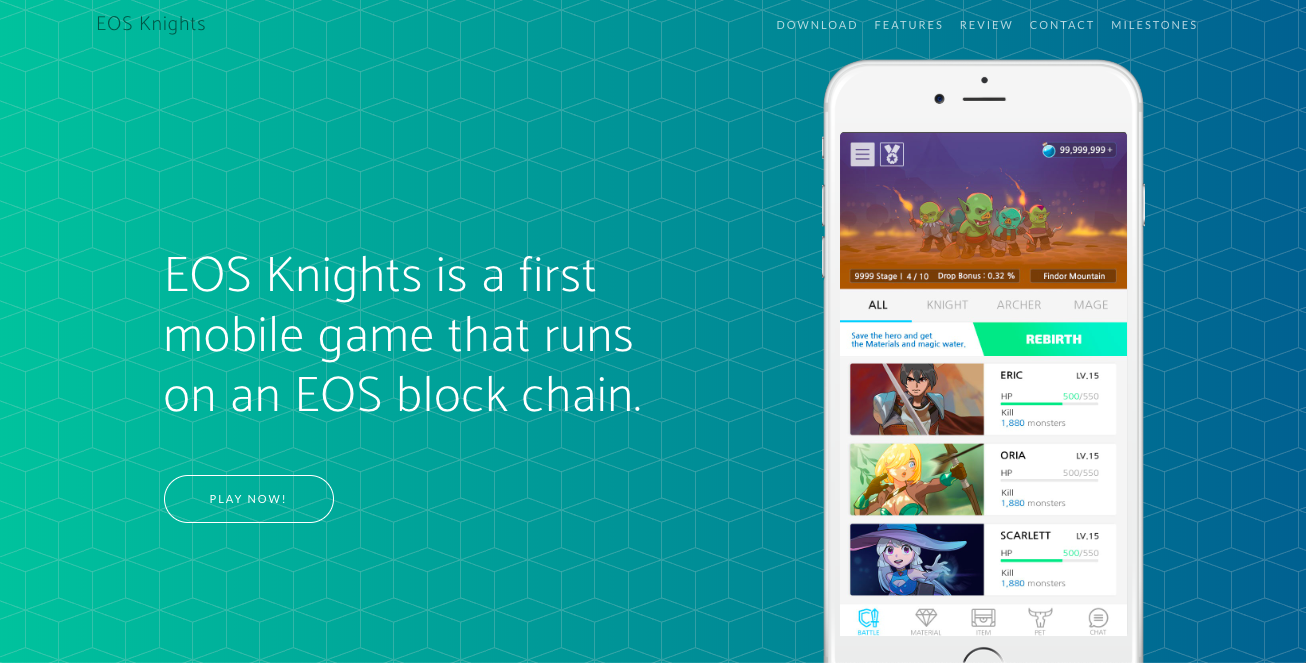 EOSBet Dice is the largest gaming platform on EOS. They offer feeless, decentralized betting. Net profit from their game is returned to holders of their BET token. 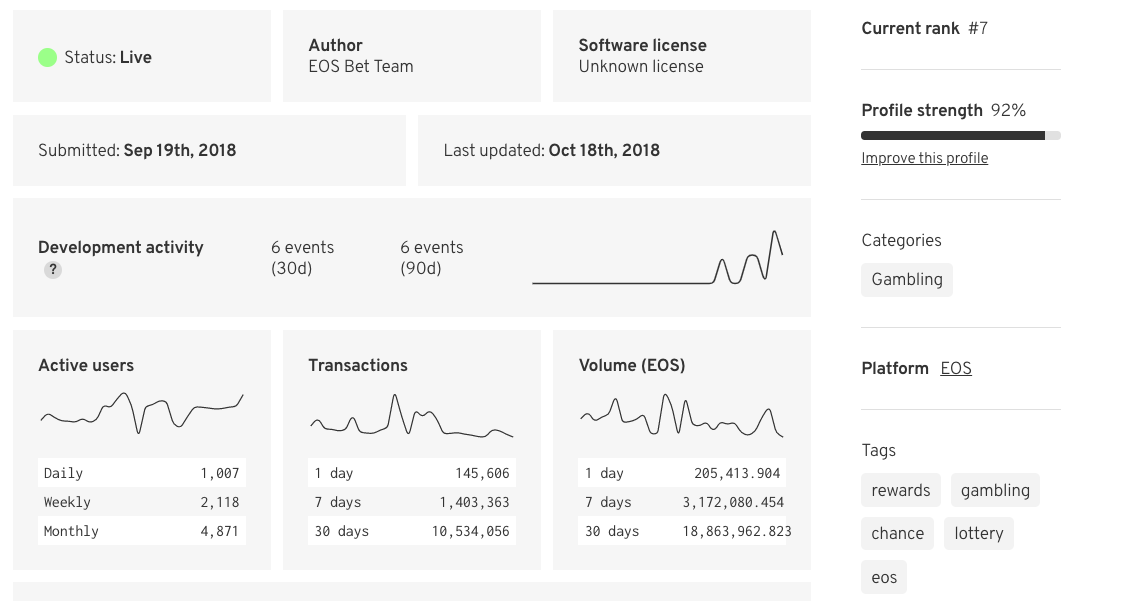 DEXEOS is a decentralized exchange that allows you to trade in EOS. You can trade by using your existing EOS account, and don’t have to create a separate wallet within exchange. There is no KYC, and every transaction goes on to the EOS blockchain. 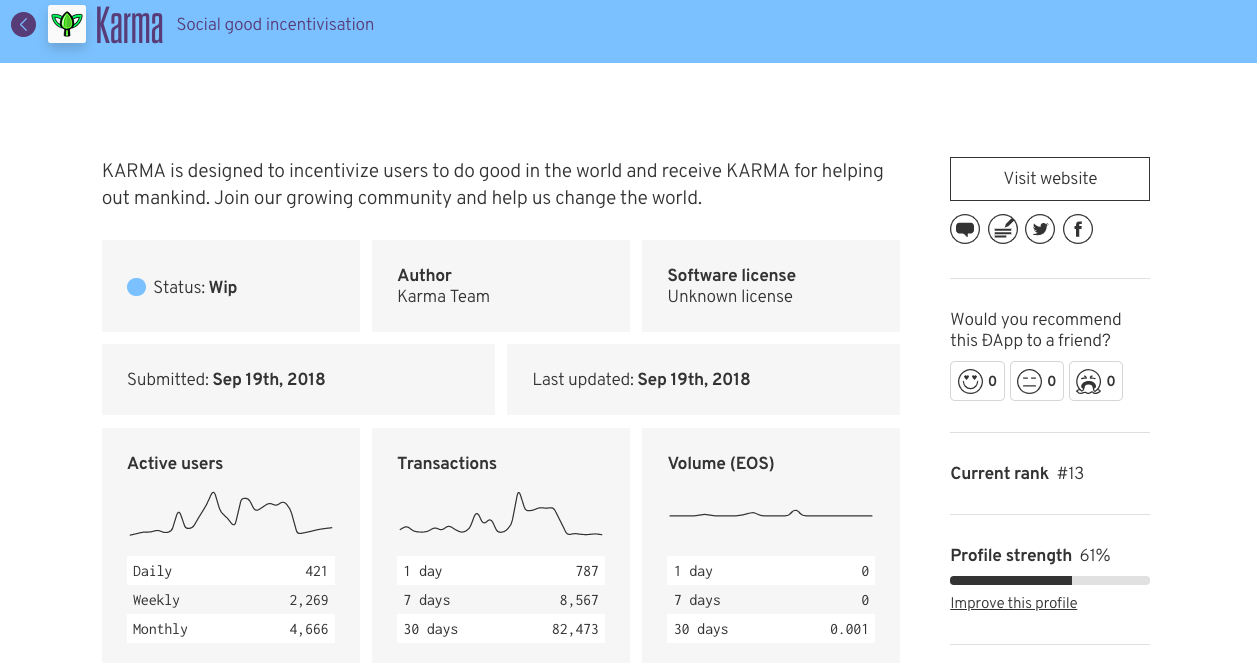 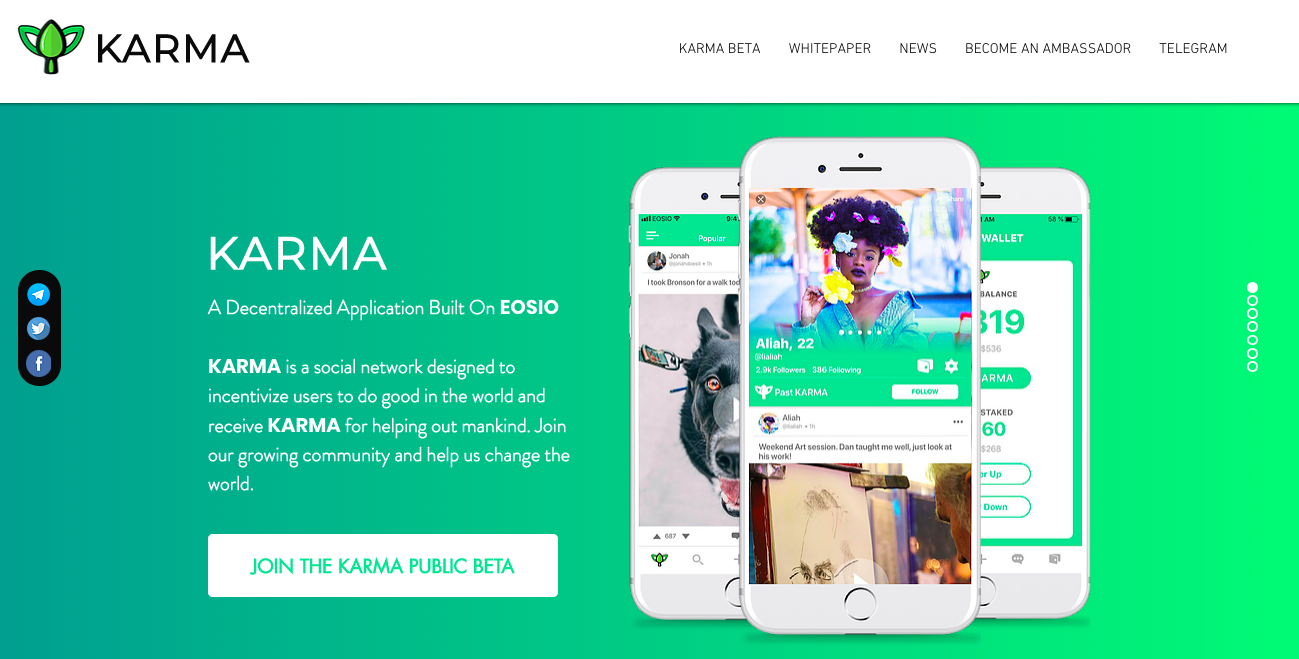 POINT OF INTEREST - PIXEL MASTER CANVAS COMES TO AN END 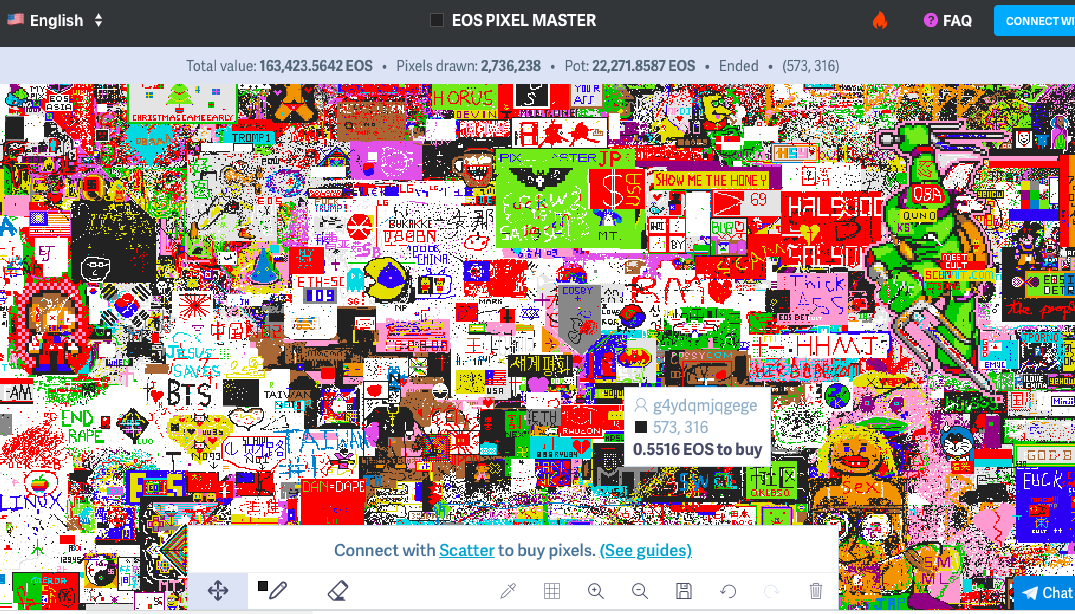 The FOMO game, although successful, dealt with its fair share of controversy. The game was originally going to be launched by the BP team EOS Asia, but, ,due to legal concerns, was handed over to the community. The self styled “Pixel Master” launched the game using EOS Asia’s open source code, and the game experienced immediate success. Like many FOMO games, eventually the hype died down and the community looked for solutions. Block.one CTO Dan Larimer shared ideas on how to save the game, and the Pixelmaster team implemented some of Dan’s ideas which brought the game back to life. Since the game ended the Pixelmaster has been tight lipped, thanking the community for playing the game, but releasing no details on when the new canvas will be released.

The most uplifting news for the EOS community is the fact that EOS DAPPS, only 5 months after mainnet launch, are DOMINATING the DAPP space. This screenshot from State of the DAPPs shows how EOS DAPPS are dominating the top 10 in terms of use while ETH DAPPS are struggling to hang on. 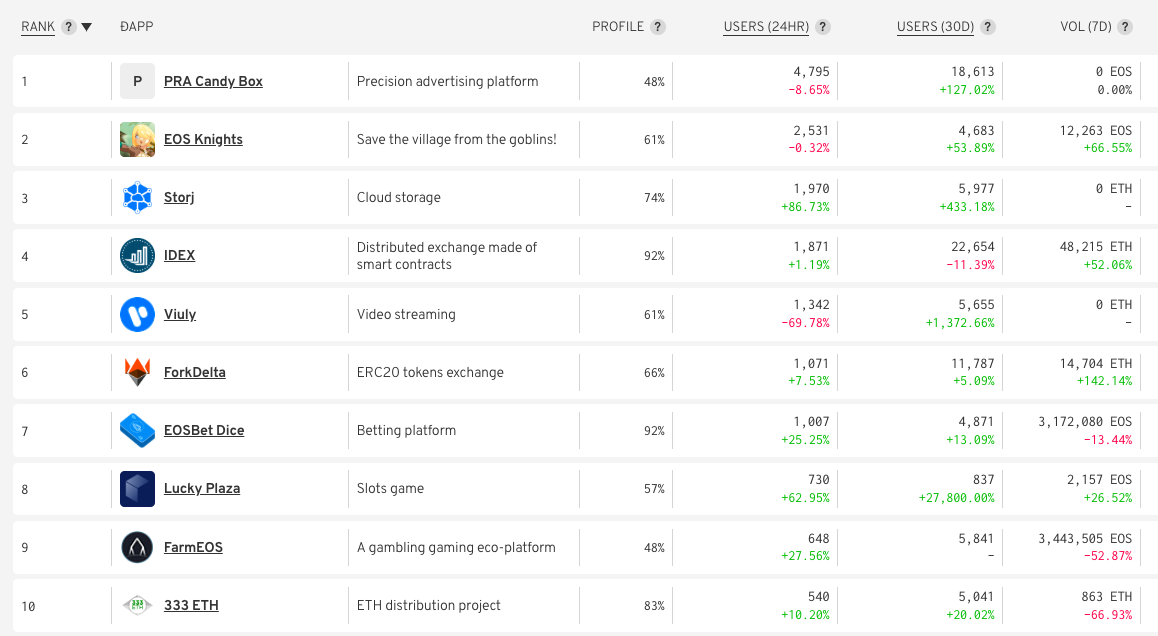 In EOS there is a place for EVERYONE. To find your special niche join the EOS GO telegram group and learn more about how you can contribute to the EOS ecosystem.