On the Way to Hell in a Handbasket

Article credited to Jimmy D and provided by EOS GO 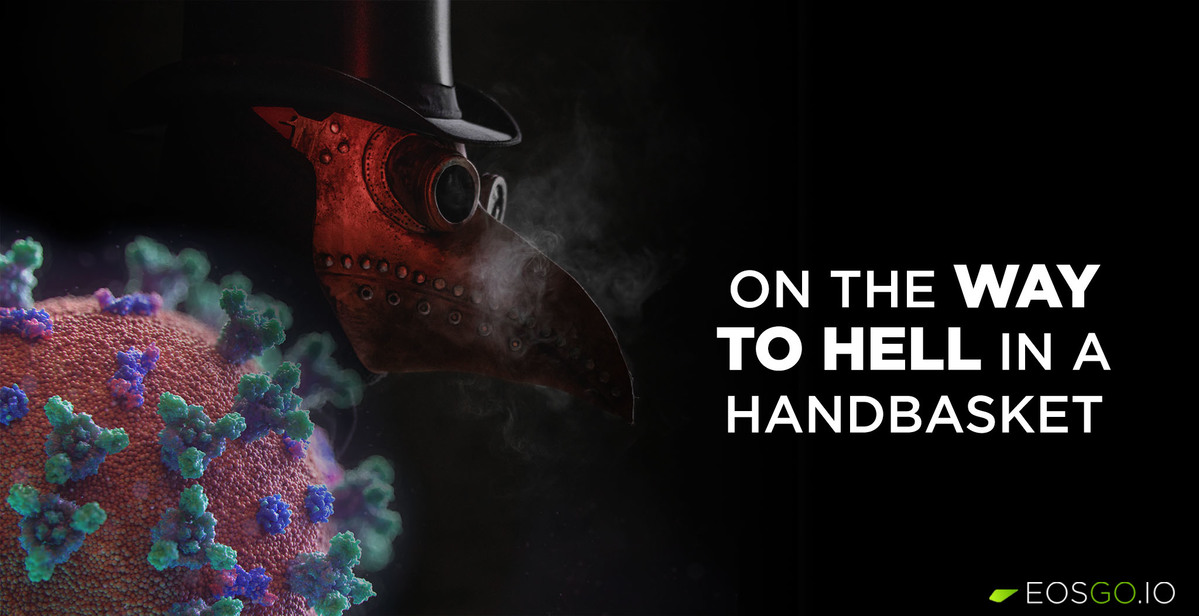 Have you ever wondered what it would be like to be a droplet of water?

Imagine all the places you could travel.

Imagine condensing down to form part of a white fluffy cloud that travels at leisure across vast distances from the the oceans to the mountains.

Imagine falling from the sky and being gently caught in the little green leaf hammocks of a tree high up on the mountain top before gently rolling your way to the edge and falling silently on to the moistened Earth.

Imagine finding that path of the least resistance working your way through all that appreciates you for your life giving properties and nourishment on your way towards the river that is your hi-way.

Imagine the thrill of continual growth of speed in the frenzy that the river has become as more and more of those like you rush in and towards the same end as you.

Imagine taking just a little longer than the rest to stop and appreciate the view at the top of the waterfall, knowing eventually you will have to go over but prolonging as long as you can in an effort to suck up the amazing views before the inevitable from which you may never return.

Imagine the sounds and the distortions as you fall freely beyond any sense of gravity towards a bottom which you know not where it exists until it is upon you.

Imagine plunging deep into the chasm of whirling forces coming towards you from every direction not knowing which way is up or down, left or right, excitement or fright.

Imagine the feeling of gently slowing of no accord of your own in the pool that has become an intern resting place to look up from whence you have came and wonder where the path you are headed towards will lead you next.

Imagine gently following the current through the rolling hills and the forests, past the inlets and fjords, around the sandbars and islands quietly and calmly out to sea in wait to find your space at the end of the roller coaster line to be mystified once more as you condense and float your way back to the heavens and buckle up for for the next unpredictable run.

Imagine how utterly wonderful, while at the same time terrifying it must be to be a droplet of water in the midst of all that encompasses its being.

Now that you have led yourself away from all that not so long ago occupied all of your thoughts, let them trickle back in calmly and slowly - not just the good or bad, the distant or recent, those that were concrete in your reality or found biasly in your fears and dreams.

Remember when you first learned about Bitcoin, Tesla, EOS, or Apple up there in the clouds preparing to embark on what would surely be the most noble of all forces you have ever thrown yourself at the mercy of.

Remember all those dreams of lambos and glazed over eyes above that conceited smile as you peered into the eyes behind the mirror knowing the majority out there will someday wake up and wish they had been a risk taker like you when it was still early enough to be life changing. Remember 2017 when you were rejoiceful for buying the top and again in 2019 when you were rejoiceful for selling the bottom in 2018 only to buy it back up at half the that price a few months later.

Remember the frustration you had at all the Bitcoin OG’s when you discovered the value of Ethereum smart contracts, and when that resentment turned towards the ETH maximalists for being too stuck in their ways.

Remember that one good trade you made to acquire a substantial stake in just about every EOS project to hit the market and every EOSIO sidechain to roll out something better than Block.one, only to realize that when the dominoes fall there is no refuge preventing casualties.

Remember looking at the traditional markets in throws of decline and wrapping yourself in a warm emotional embrace in the knowledge that your foresight into blockchain and cryptocurrency has saved you.

If it wasn’t obvious before it should be by now - cryptocurrency markets are no hedge against the more traditional financial assets.

So before you go all crazy on crypto Reddit and Twitter maybe take a second to reflect.

It’s not China’s fault that the coronavirus has grinded the world economy to a halt and your precious coins with it.

It’s not the whales fault that you got liquidated 5 times last month.

It’s not Block One’s fault that EOS has not utilized their massive war chest of funds to overtake Ethereum and become the go to for the new financial revolution.

And it’s certainly not my fault that you are raging at these comments having already tuned out because you fail to see clearly beyond the emotional lens that you have grown accustomed to in moonboy town, crypto cynicville, or any other camp you have decided to pitch your tent.

Crypto is a pipe dream. Both pointed upwards looking towards the clouds at blue skies over yonder and how magnificent they will someday be, while at the same time beating you with little remorse until every inch of your body aches. As the saying goes there is no love without hate, no gain without pain. There is no saviour to ply you from your wretched existence and coddle you into a life worth being proud of and if there is it sure the hell is not Satoshi, Vitalik, or Dan. But that is not to say these icons of crypto have deceived you, because they haven’t - at least not to the extent of the system from which they were born.

And for the ‘hodlers’ out there it is true that someday your Bitcoin may be worth 100,000, 250,000, or even a million. It is possible that Ethereum will revolutionize the world with smart contracts. It is possible that EOS will be the next Apple and all you have to do is hold on just a little longer. But the real question is what does this really mean? When you’re on your way to hell in a handbasket maybe it does not mean quite as much as you thought.

Maybe the question that we should all be asking ourselves is not ‘wen moon’ so soon I can have enough for that million dollar mansion. Or ‘wen ETH fail’, ‘wen EOS new ath’ or ‘wen Bitcoin hedge’ is of little concern to those that have grasped the subtle precariousness of the world in which we live. When the FED prints more money in one day to stabilize an over extended economy than equates to the entire value of the US student loan debt or the whole current market cap of Bitcoin it might be time to take a step back and focus on more important questions. Although it might come to pass, cryptocurrencies were not created to make you rich. They were created to try to provide a better way forward from a scenario just like this.

The corona virus does not fear monger and attack political, financial, technological, or any number of institutions that have been built, it attacks those that have built them. And yes, we can see from recent news that these things are suffering, but it’s not the fault of the corona - but rather that of the way they have come into being and continued to be propped up under increasing risk of failure. In a way it reminds us of Atlas, down on one knee propping up the world on its shoulders. Someday he shall have no choice but to falter and at that time it’s very likely that the house of cards will topple. And it is then and only then that we might actually be aware of the power of our crypto assets should they weather the storm and progress towards their similar ‘raison d’etre’ and providence for change that each in their own way uniquely represents.