At the moment, the main problem with EOS is its governance. Enthusiasts and regular token holders are concerned about the unreliability of the current governance system on the blockchain. Many point to the fact that it is vulnerable to cartel formation and manipulations, such as vote buying. Many Western users are worried about the noticeable drift to the east, both in the number of users and Block Producers (BP). The system of switching BPs itself is under question. 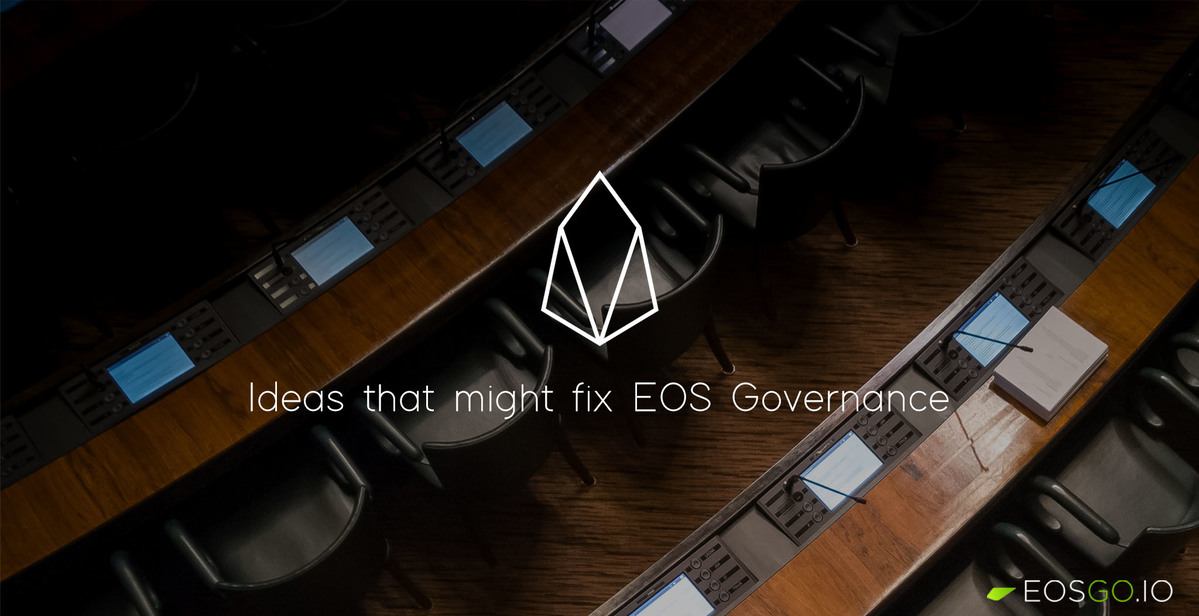 While there are no major news or breakthroughs from Block.one, EOS holders are getting more and more concerned about the intrinsic problems of the blockchain, which has lead to the steady downward trend of the cryptocurrency’s price that we have been observing for the whole summer.

On the other hand, the problem facing the community has opened up an inexhaustible source of ideas for improving blockchain governance. And not only theoretical: in August, a historical event within the EOC took place: @Colintalkscrypto activated the “regproducer” protocol with proxy voting. Why is this so important?

“Regproducer” is basically an agreed-upon guide for protecting the EOS blockchain from lazy and outright malevolent BP’s. It sets a performance standard high enough to automatically eliminate those BP’s from the top 21. But it is not even the content of the protocol that matters, but the fact that it has been adopted and how it has been achieved.

And this “amendment” is live because of the combined weight of seven million votes, which were delegated to a single proxy. It made it possible to dislodge those BPs who disagreed with the introduction of the protocol, enough to make the proposal pass.

And there are more than enough ideas on how to change it, so we decided to present the most interesting of them. Globally changing the game or correcting a small flaw, with proper discussion, could not only change the state of the EOS governance system, but also the direction of the price chart of the cryptocurrency itself, which largely relies on the introduction of stable governance solutions.

A random pick of 21 BP’s from 100, top BP’s are determined by the number of tokens staked. BP’s doing their job poorly would be disconnected. Quotas on BP’s number per continent/country. Voting is available only to exclude certain BP’s if there is a consensus between holders that they are hurting the network.

The point is that democracy is underminable in its nature and humans are always the weakest part of any system: if there is any chance to play not by the rules - they would do it. An infinite random shuffle of BP’s, selected by unchanging criteria would lower the possibility of collusion - nobody really knows who would be a BP next.

To implement it, Block.one has to intervene in decision making on the blockchain and radically change the rules. Also, BP’s lose motivation to interact with the community, which affects the influence on their ranking. It might be hard to set the criteria for the automated exclusion of malicious BP’s.

Proposed by: BlockchainKid, on Medium

A portion of inflation should be allocated to All EOS accounts based on the number of staked EOS on account, this would be called “Universal Inflation Entitlement Rate” (or UIE Rate). Users have to set their UIE rates as an EOS account parameter, from 100% to 0%, in 20% increments. With another introduced parameter Vote Power (VP), which is dependant on the UIE rate, accounts will have to choose between VP and UIE income.

PoRE attempts to disrupt the relationship between power and profit by forcing network participants to choose between them. Voting as an ability to influence the blockchain governance should be a privilege, not a right. And the incentive to “flip-flop” parameters would be mitigated because of VP and UIE taking full effects over time.

After the “regproducer” contract was implemented, the author of the concept decided to abandon his idea due to the difficulty of its implementation. However, between all the proposals on the separation of voting and profit powers, this is one of the best thought out.

Proposed by: LiquidEOS, on Medium

Liquid EOS has three proposals to improve voting mechanisms and allow productive BPs, beloved by the community, the opportunity to pass the whales and get into the top 21. They propose:

LiquidEOS believes these improvements would result in the constant diversification of the active BP set. The free market incentive will add variety to their offer, the voting cap will soften the voting imbalance, and negative votes will diversify the opportunity for voters to speak out.

Most of the criticism touched on the first proposal. The most obvious problem is: what if checks and balances do not work in practice? Then the most profit-oriented BPs will set the maximum inflation, due to which they will earn even more tokens and get even more power.

A democratically controlled voting proxy should be created to amplify the voice of an individual token holder, regardless of his token balance. The main guidelines for this proxy would be:

The short-term profiteering schemes extract EOS token value by Block Producers not contributing to the EOS ecosystem. The problem is systemic and it tends to steer the governance towards plutocracy. The only force that is able to keep capitalism in check is a regulatory one. Also, this incentive might free Block.one from any responsibility for interfering with the EOS voting process.

All the problems with this proposal have been addressed in detail by colintalkscrypto. The bottom line is, this proposal might give even more power to cartels and whales if they figure out how to take advantage of this “regulatory power”.

Proposed by Moran, on eoswriter.io

The idea is to achieve regional diversity in block production activity. It can be done by separating block producers reward into two components and changing the mechanism for selecting 21 active block producing teams. The basis of this idea is to divide the top 21 block producers by regions, loosely based on world population allocation percentage, giving each region a specific number of seats:

Also, this might finally calm down the ones who say that the system is controlled by Chinese colluding BPs.

The points of weakness are also indicated in the proposal itself:

“BP region verification process has to be bullet-proof.

If one African man sets up an office in Beijing, business is registered in Sydney, uses AWS as BP infrastructure, and spends his time physically in London. Will this BP be considered: African (nationality), Asian (office location), Oceanian (business registration), North American (infrastructure), or European (team presence).”

And the idea of diversification based on the population of a region is only representative when we assume all people in this region use EOS.

All these proposals are of a different scale, but they aim at one thing: to change the system design so that users of and investors in the EOS blockchain can be confident in its future. Most of these proposals are focused on defeating the mentality of short profit, which can only be done through the trust and effectiveness of the governance system.

And the clock is ticking because if these problems aren’t fixed before the major updates of the blockchain and big releases, such as Voice, they might become ugly birthmarks of the EOS blockchain and its main weakness. And you know who can solve this problem?

Because any EOS user has their say in the future of the blockchain. So, if you like some EOS governance proposals or have your own idea, post it with #eosgovernance on twitter or send it to hello@lumiwallet.com and we’ll take a look at it in the next one, an expanded review of political thought on EOS.