Dan Larimer: How EOSIO will become the future database standard 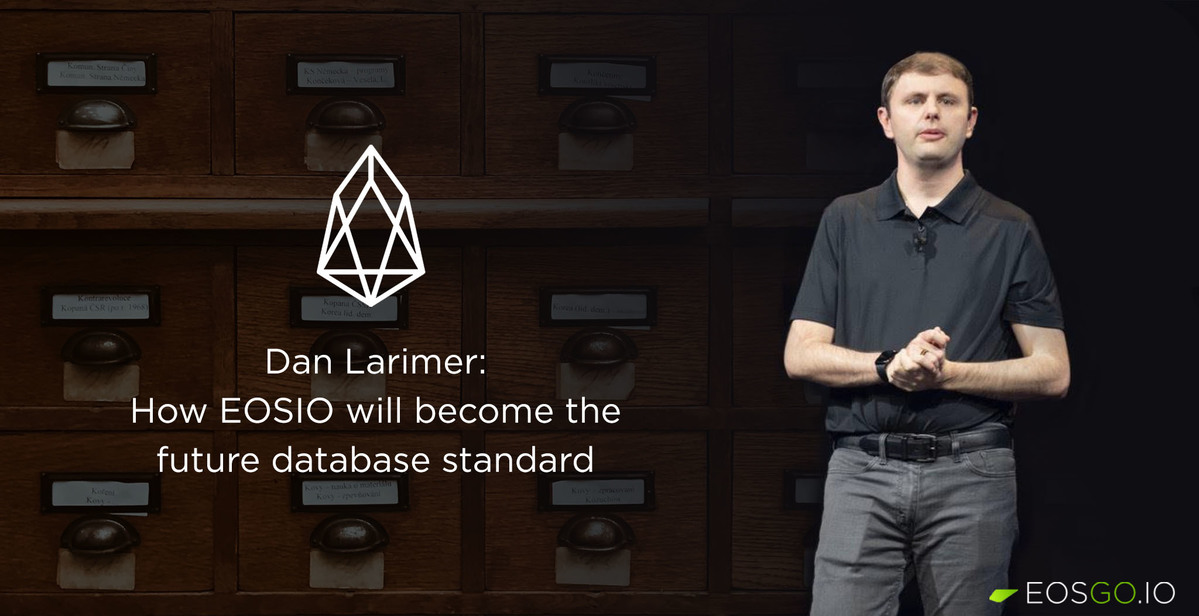 Ever since his speech during the Government Blockchain Association, Dan Larimer kept on expressing his desire to make EOSIO the new database standard of the future. But why should a blockchain be used instead of a normal database? And how can EOSIO achieve this?

Dan Larimer and Block.One aim to solve the database security problem, which has been affecting the security of any application since decades, And Block.one wants to make it possible through EOSIO.

The future for a greater security is to completely eliminate the password system and replace it with a private hardware key system that is directly integrated with the database of any application, and for this the blockchain must be used.

A system based on private keys would allow any application to identify its users without any risk of identification thief/hack. It would create a database of immutable, traceable, signed and authenticated messages from each user. No one can modify the database without leaving traces. Consensus is reached on everything that has been recorded in the database, as users themselves will be able to confirm that they have voluntarily entered certain data and all others will have the ability to verify its validity.

That's the whole point of the security debate right there. Using a blockchain you can be sure that the data was written by the usersvoluntarily without the need to verify their identity, which is not the case with any other type of database.

As a result, blockchains are not only useful in their public version, which all of us in the crypto community know very well (Bitcoin, Ethereum, EOS, etc..), but also in their private version. In the latter case they would be able to maintain a database with a higher level of security than those currently used in any industry.

But in order for the blockchain to be used also in these fields it is first of all necessary to improve its performances, so that it reaches or even exceeds the performances of the current database systems. Block.one wants to achieve this purpose with EOSIO and make this open source software become the future standard of databases, aiming not only at at performance but above all at security in a passwordless world.

"Blockchain is not just a system for token, it can be incredibly useful inside every business" - Dan Larimer

What are Dan and Block.One's plans to achieve this?

In the last few days Dan Larimer, the CTO of Block.One, has answered some questions on Twitter, sharing some plans for the future of EOSIO and maybe also some future features that will be implemented. 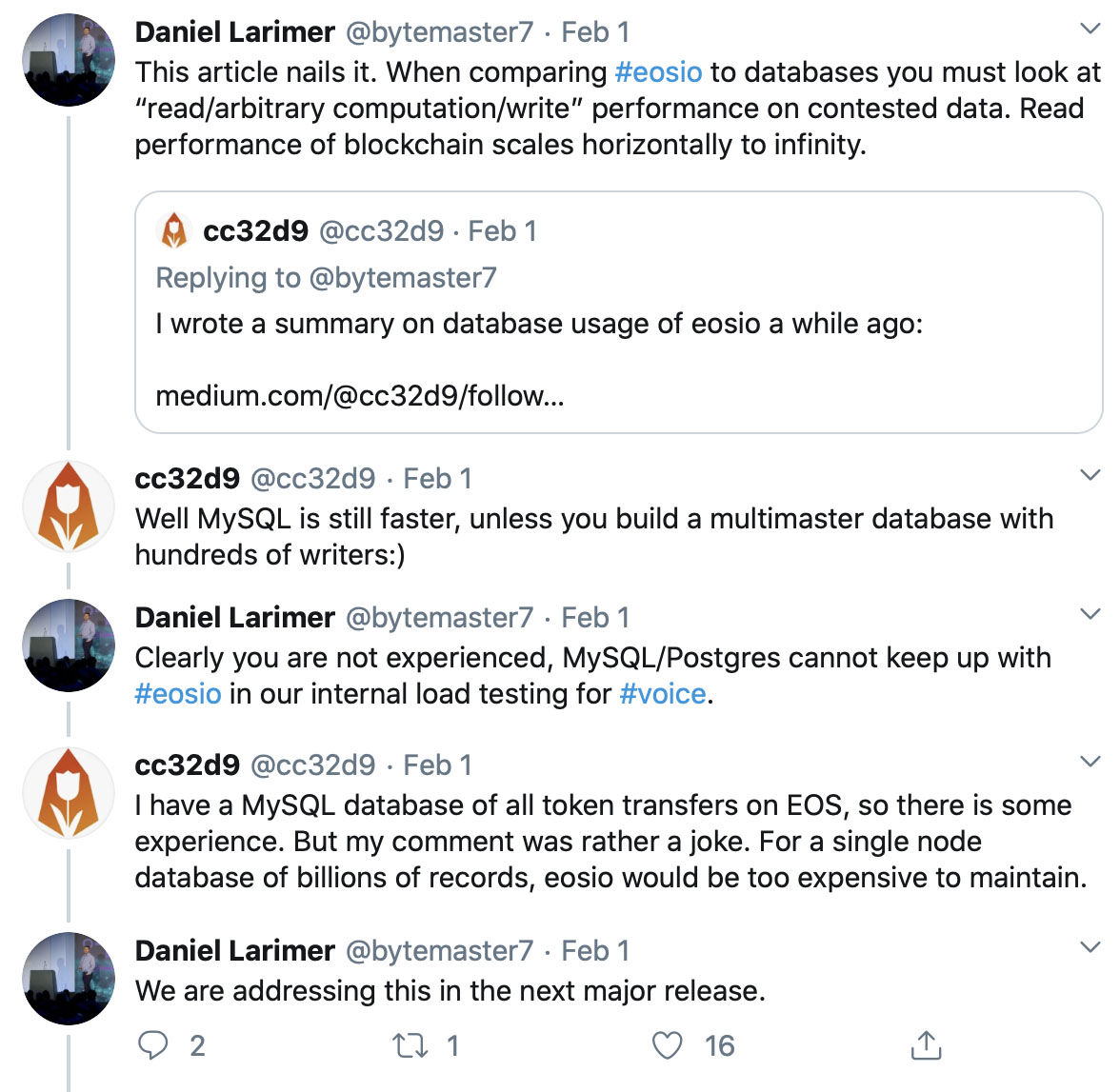 Querying blockchain state as easily as on SQL 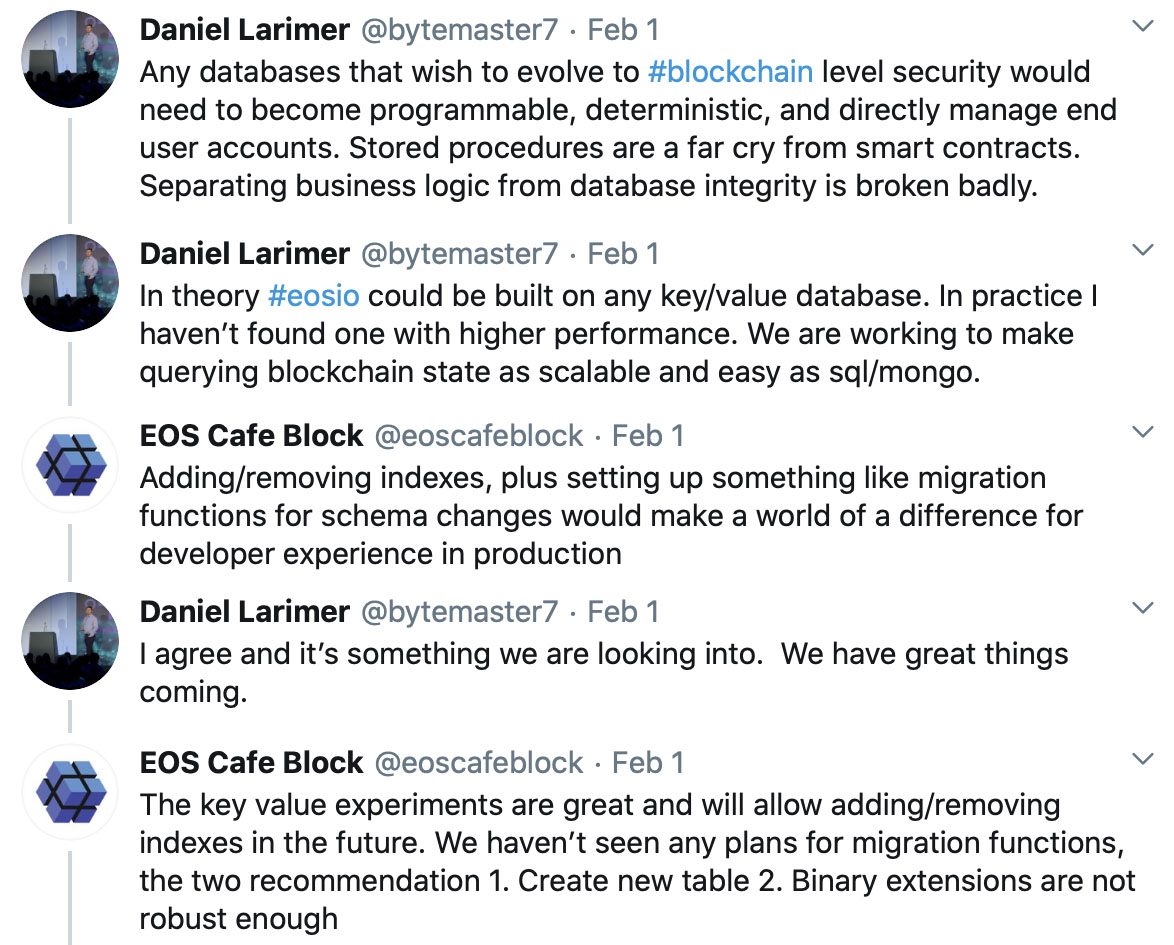 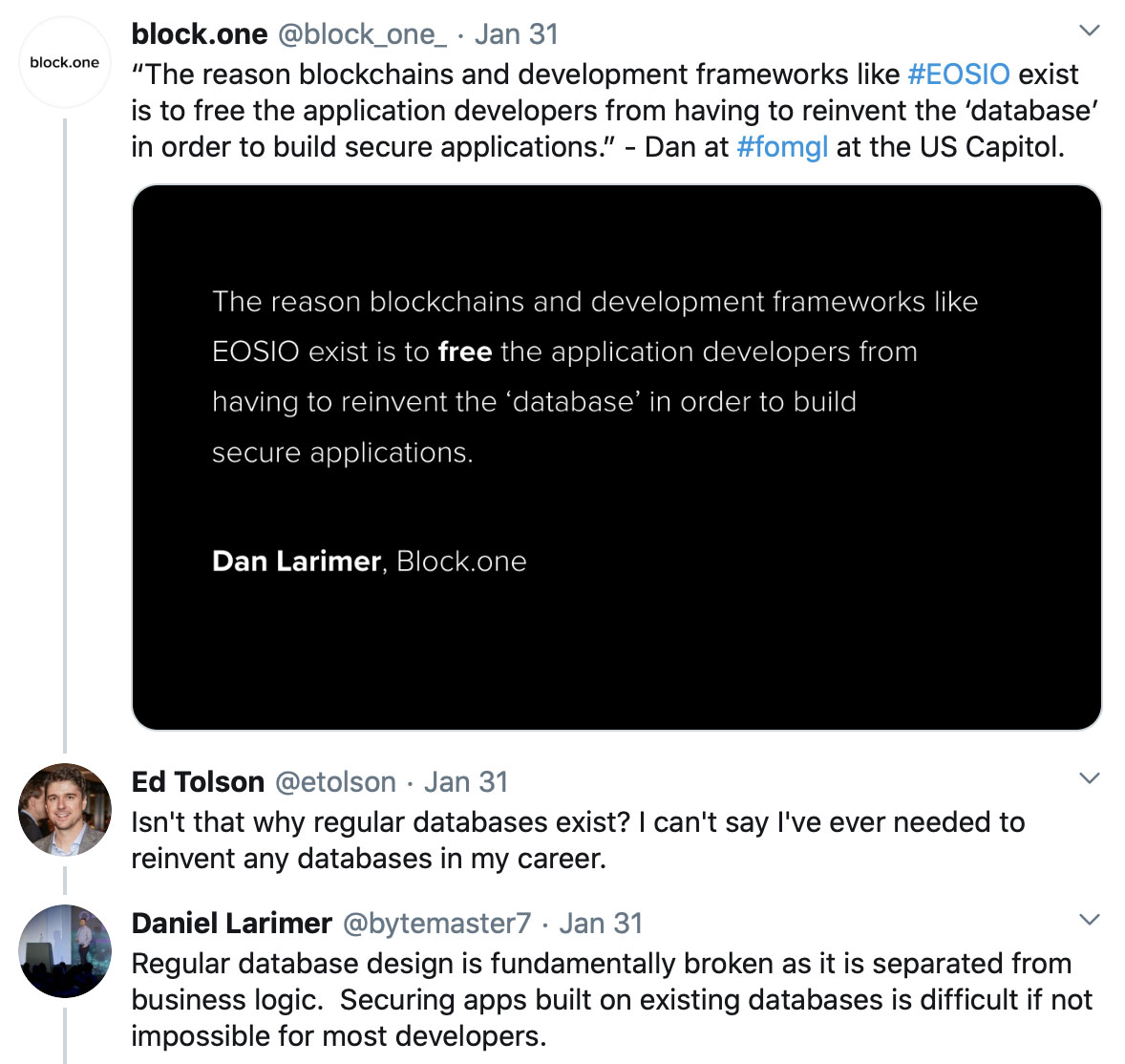 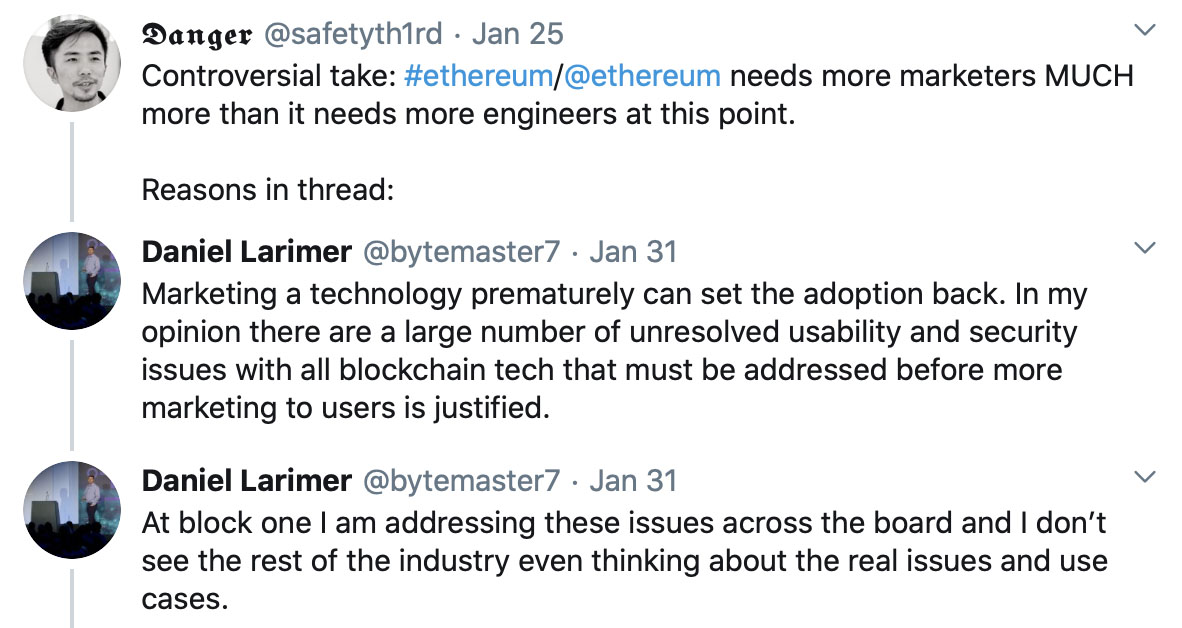