The EOS blockchain is already the most performing and most developed blockchain today. Innovation however doesn’t seem to be slowing down in fact the opposite is true, things are speeding up. Not only is LiquidApps helping speed things up, they’re also lowering entry costs for both developers and users of EOS dApps. 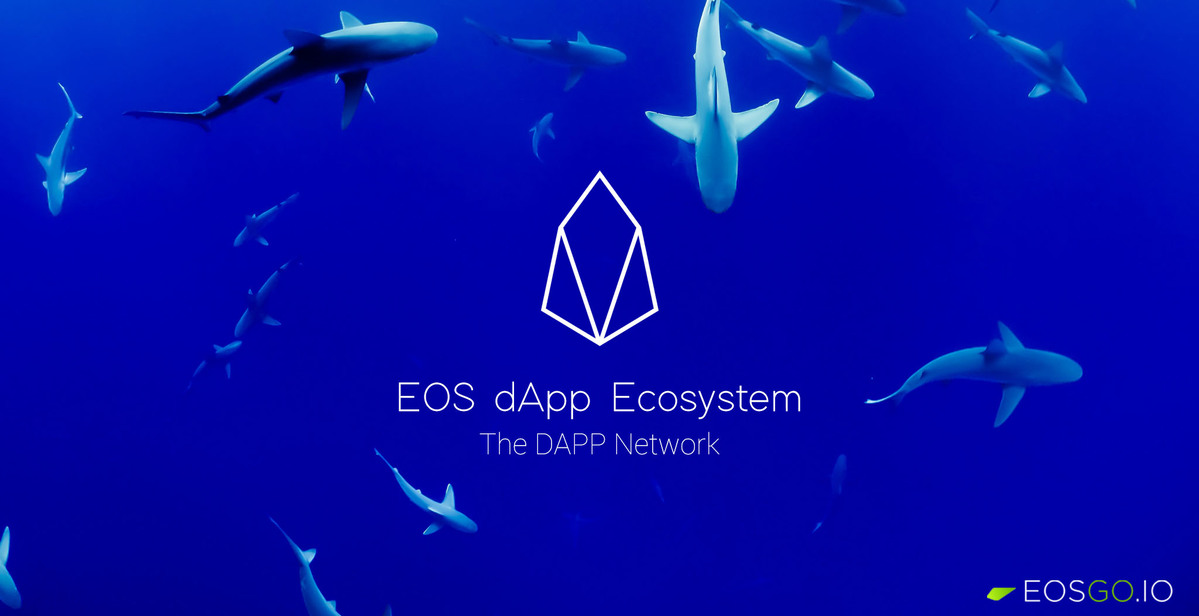 Many of you reading this probably know a thing or two about what LiquidApps does but there are few people who understand the difference between LiquidApps and the DAPP Network. Learning to define the two will prove valuable in understanding the exact roles each play within the EOS dApp ecosystem. LiquidApps is a project that builds services for the DAPP Network thus the role it plays is similar to that of Block One.

The DAPP Network is a protocol introduced into the EOS blockchain to complement it and help EOS dApps to scale even further. Right now we’re still in the early-adopter stage of blockchain technologies. The infrastructures we have can accommodate these early adopters but in order to support mainstream adoption further development still needs to be done. LiquidApps is here to help EOS get there faster through the DAPP Network so we can be able to support mass applications like Facebook, Twitter, Uber etc.

Within a short span of time since its launch in 26 Feb 2019, LiquidApps has managed to build a plethora of services for developers on the EOS blockchain via the DAPP Network. In this article we investigate the DAPP Network and the services it provides.

As mentioned earlier the DAPP Network aims to help blockchains scale further in preparation for mass adoptions by setting the stage for mass applications. To achieve this goal, the DAPP network provides a free market of services offered by DSPs (DAPP Service Providers) in the form of service packages. dApp developers then gain access to these services by staking DAPP tokens to their preferred service package. This allows developers to build dApp even quicker and cheaper than they already can with EOS.

DSPs are incentivized through inflation rewards to create and offer services on the network, same way Block Producers get rewarded on EOS. Users stake DAPP tokens to the preferred service package offered by the DSP. Operating as proof-of-stake network the best DSPs can then be “voted” to the top of this free market. Non-developer users can stake DAPP tokens into DSP service packages and then delegate those resources to projects of their choice.

LiquidApps has built services for the DAPP Network such as vRAM, LiquidAccounts, Zeus SDK, LiquidOracles, and LiquidLink. Each of these services aim to alleviate some issues that a developer might face whilst building or running a dApp on the EOS blockchain. Let’s have a look at what these services have to offer developers.

vRAM is the first service LiquidApps built which launched consequently with the DAPP Network. This service is a memory solution for dApp developers on the EOS blockchain by helping reduce costs associated with storing smart-contract data on-chain. Since EOS operates similarly to a computer it requires RAM to store data and ensure dApps run smoothly.

For instance, Block One spent $25 Million on RAM which is believed to be used in launching their big social media platform – Voice. It is still awaiting the 23 Sept EOS upgrade in order to be able to launch on the blockchain and it will be interesting to see how much RAM the platform will consume. Block One could also decide to make use of LiquidApps’ vRAM service to cut its costs on RAM.

Whether or not Voice takes this route in its operations I have no doubt that many other developers will adopt vRAM for their dApps.

A major obstacle for EOS is the creation of accounts. I’ve had trouble myself trying to help friends and family create EOS accounts so they could join-in on the game I’m playing; or even an interesting platform I found. This is even harder to do for a blockchain noob who isn’t going to appreciate having to deposit money for an EOS account, especially with the negative rep usually associated with the blockchain space.

Imagine a new user could suddenly sign-up for a game, confirm their information and voila, they now have a free EOS account to play with. That’s what LiquidAccounts has managed to provide for EOS dApps! A user with no blockchain knowledge can now interact with EOS dApps without having to worry about keys or resource management as all that is taken care of. They might even continue playing their favorite game without them ever knowing it’s running on a blockchain.

I see this being the new norm for EOS dApps especially the gaming dApps where a user doesn’t necessarily do real-money transactions. The gaming experience will no longer be hindered by errors of insufficient resources and inability to execute transactions. Again this at zero cost for the new user which is what the blockchain needs for mass adoption.

Zeus SDK is an open source cross-platform Software Development Kit. It provides tools and basic applications for developers to start building their own dApps. Its cross-platform functionality sets the stage for software that can run across different operating systems like Microsoft, Linux and OS X. With the Zeus SDK developers can test and deploy their dApps securely in a way that they can’t accidently be shutdown.

Developers who build their own dApps or dApp services using this kit can then go on to offer these services on the free market of the DAPP Network. Monetizing these services not only provides a possible source of income but it incentives DAPP Service Providers (DSPs) to build valuable and much needed services for the free market.

An oracle is a service that tracks data in the real world and delivers the information to a smart-contract thus bridging the gap between the traditional system and blockchain. Examples of such a service could be an IoT system for identifying that your fridge is low on milk and verifies that your supermarket has the milk and sends that information back to the ‘IoT’ smart-contract. The smart-contract would then update and execute an action for your fridge to send a buy order for your milk.

LiquidOracles take this a step further by ensuring that the data received is as accurate as possible by verifying with different sources rather than just a single source. This could be checking with different supermarkets to find the best price for your milk. The applications for oracles are endless as they can tackle any task from grocery shopping to financial tracking to supply chains.

Businesses not familiar with blockchain technology are already looking to oracles to solve many of their big challenges. Oracles eliminate the middleman by automating its function and executing data instantly.

Perhaps LiquidApps’ most ambitious and daring project to date is LiquidLink. It allows for two different blockchains to communicate with each other in a trustless way. Imagine a dApp that can be accessed from both the EOS and the Ethereum blockchain. Any transactions interacting with this dApp from one blockchain are instantly relayed to the other. This could be a gaming dApp or a social media one, the use cases are endless.

The biggest advantage that the current internet has on blockchain is its interoperability but that comes at a cost of centralizing systems. LiquidLink connects blockchains and provides for cross-chain dApps. A vital trait for a fully inclusive and decentralized network or rather an internet 2.0. Payments are already becoming cross-chain through services such as ShapeShift so it’s about time dApps step up to the field.

We can look forward to new kinds of dApps which are built on multiple chains. A shared network of dApps also solves more problems than it creates new ones. Imagine your preferred blockchain experiences an unfortunate downtime and you can’t access your favorite dApp anymore for some this could be their work dApp. In this case a user could quickly switch to a different blockchain and purchase its token to gain access to the dApp until the other is fixed.

This creates a more direct competition between dApps as they try to optimize their performance against the other. Different blockchains could provide users special features for their dApps like themes, skins, reward points etc.

LiquidApps is only one of many reasons why EOS is the fastest growing blockchain. It’s exhilarating just writing these articles as I learn so much about different projects in this community. To gain an understanding of why developers choose EOS over its competitors I highly recommend you read ‘Episode 1’ of this series of articles.

Also ensure that you read from other sources because I do not always have complete information when I write these articles as I may have missed other sources. I do however try to deliver this information as accurately as possible and in a way for anyone to understand it. Thanks a lot for reading until the end it means I did something right at least. Please continue to share with your circle to provide them valuable information and grow the EOS community.

Until the next one, #GoEOS!