The EOS blockchain has many functions to offer decentralized applications (dApps), but more importantly developers in this case. A developer’s concern when deciding on a blockchain to build on is firstly, the time it takes to do so. Secondly, what costs are involved in the building or deployment of dApps and lastly whether the blockchain will be able to handle multiple transactions at a time without a decrease in the quality of service. 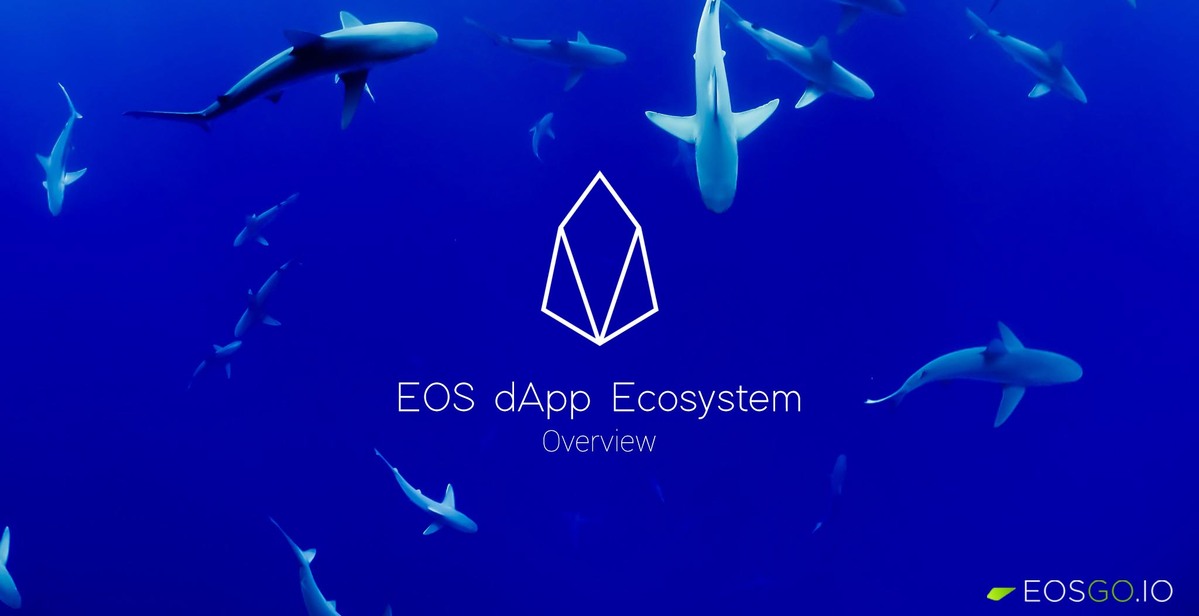 Based on these 3 points, amongst others of course, a developer may decide to build on the blockchain. Ethereum is clearly the market leader and the compass to which other blockchains are targeting. Currently there are roughly 2 511 tracked dApps across all blockchains which is more dApps than there are tracked cryptocurrencies (2 449) on Coin Market Cap. Ten percent of those run on the EOS blockchain with Ethereum grabbing a massive 74% share. However, this is changing. Let me explain.

Why dApps choose to build on EOS

In Dec 2017 the Ethereum blockchain experienced extremely slow transactions due to a clogging on their network. Apparently a big contributor to this clogging was a dApp that was popular at the time called CryptoKitties. I was around back then but never got to play this game about cats despite the rave, well it was a game about cats after all. Users were selling these cats to other users for a low average price of $100 with the record sale being $118K for a single cat. CryptoKitties accounted for nearly 20% of Ethereum’s total traffic.

While many enthusiasts saw this as a positive sign of Ethereum’s potential some people were not convinced as this highlighted the blockchain’s limitations. I wasn’t surprised a lot by this except by the fact that the kitties game had become so popular. At the time I was looking at Litecoin as a means of exchange but even it was not as fast as I thought. The thing is once I got used to transacting on the Steem blockchain with incredible speeds everything else seemed slow. Waiting 10-30mins to send funds on the blockchain is unreasonable.

Fast forward to a year later, EOS launches its mainnet on June 2018 in a voting process that seemed to take long to pass I must admit. Speculators and holders of the EOS token were all eager for the ball to get rolling and see the possibilities the blockchain had to offer. It took a while for developers to familiarize themselves with the blockchain until they were confident enough to start building on it.

It’s been a year now since the mainnet launch and many projects have chosen to migrate to this blockchain because of its capabilities. The biggest players to migrate from Ethereum to EOS were the gambling dApps. The highly competitive nature of gambling sites and the importance of maintaining a reliable 24/7 service in a competitive industry led them to the faster and more scalable blockchain – EOS.

Not only that. Transactions on this blockchain were/are free on this blockchain which means users are not placed at a huge disadvantage when placing bets. The same is true for users who are sending tokens from one person to the other, transaction have zero fees and are instant. Whereas blockchains like Bitcoin and Ethereum charge a fee for each and every transaction you make. These start to pile up to a couple of dollars a year depending on the amount of those transactions.

Basically, dApps migrate to EOS for faster transactions, low cost to run dApps and no fees for the end user which makes for easier onboarding. Again, there are more benefits for moving to EOS but for the sake of keeping this article a reasonable length we’ll save those for a future article.

Blockchains have certain algorithms which govern how they operate and have certain rules that are coded in to protect the network from bad actors. This ensures that the network is secure from exploitation or hacks. Bitcoin and Ethereum use the Proof of Work (PoW) algorithm which rewards “miners” who produce blocks of transactions to be verified for accuracy on the network.

EOS on the other hand applies a Delegated Proof of Stake (DPoS) algorithm which delegates the block producing work to a selected group of capable producers. These block producers are selected/voted in by the EOS token holders. The reason why DPoS is used for the EOS blockchain instead of the traditional PoW or PoS algorithms, is because, for the latter, consensus takes a very long time in order to implement vital changes to the network.

There have been many instances regarding both Bitcoin and Ethereum where consensus could not be reached between the miners protecting their networks. These disputes have led to the splitting of the blockchains into two groups with opposing ideas about the best way to move forward, in a process known as a “hard fork”. As you can imagine this takes a lot of time which should rather be spent on innovating and strengthening the network, instead it does quite the opposite.

At first Ethereum spoke of switching to a Proof of Stake algorithm by June this year. Quite recently its lead developer, Vitalik Buterin, has changed paces suggesting that Bitcoin Cash blockchain should be used instead in oder to scale. He came under scrutiny of course for even mentioning Bitcoin Cash for such a thing. People are only now starting to realize what EOS (Block One) lead developer, Dan Larimer, knew way back in 2016. Ethereum cannot scale. And EOS based dApp LiquidApps could have just the solution for Ethereum.

As I write this there are thousands of developers all building hundreds of dApps on top of EOS with a focus on mass adoption. Since these apps are built on top of EOS it means by default they’re ready to scale. There is an underlying idea within the EOS community and it’s the innate understanding that each dApp improves the entire ecosystem.

Many of the existing and new dApps being built are innovative and unique. Not because they haven’t been thought of before but because until now it wasn’t practical to build these dApps on existing platforms. The only way to build them would be to create your own blockchain from scratch, which is a tough task even for companies with the means to do it.

That’s where Block.one blows everybody else out the water. They provide all the necessary tools and materials for start-ups to start deploying their app ideas on the blockchain. Block.one also funds start-ups with promising dApps. A lot of work has been put into this blockchain, to a point where EOS standards are still ambitions for other blockchains. The EOS ecosystem keeps growing each day, improving and tweaking the little nuances and building more dApps for its vision of dominating the new-world. A new world order perhaps?

How EOS will scale

First and foremost, the EOS community is the most passionate community I’ve ever been a part of and I say that knowing very well what the Bitcoin community is capable of. I always say that the people on EOS are so passionate about this project you would swear they were paid for it, aside from the value they’d get from using the token. Simply put, EOS will scale because of word of mouth from its community.

Secondly, Block.one has billions of dollars it raised from the EOS ICO (Initial Coin Offering) and as much as they used some of that to build new products like the eagerly awaited social media dApp – Voice. The funds will also be used for marketing the blockchain and its products to the general public on a massive scale. All the foundations being laid and the bolts being tightened are a testament of the massive marketing to follow. Once those flood gates open EOS will be the most prepared blockchain to handle such activity coming from the blockchain and beyond.

Watch this space with a keen eye and you’ll see the big moves that are silently being made. I understand that not everyone has time to keep up with everything that’s going on with blockchain. Sometimes finding the right sources for reliable information is also hard to do in such a saturated space.

I do not claim to be an expert in this space, I’ve just learned a lot about it and still passionate to learn more. I share my knowledge and my understanding of new information with my audience across the internet. I will be posting more EOS content on EOSGo.io and posts unrelated to EOS will be shared via my Twitter: (cryptomandate). Thank you for reading this all the way through. Now that you made it this far I hope you’ve learned something of value to you or at the least I was able to provide you a fresh perspective about EOS. Until the next one, #GoEOS!