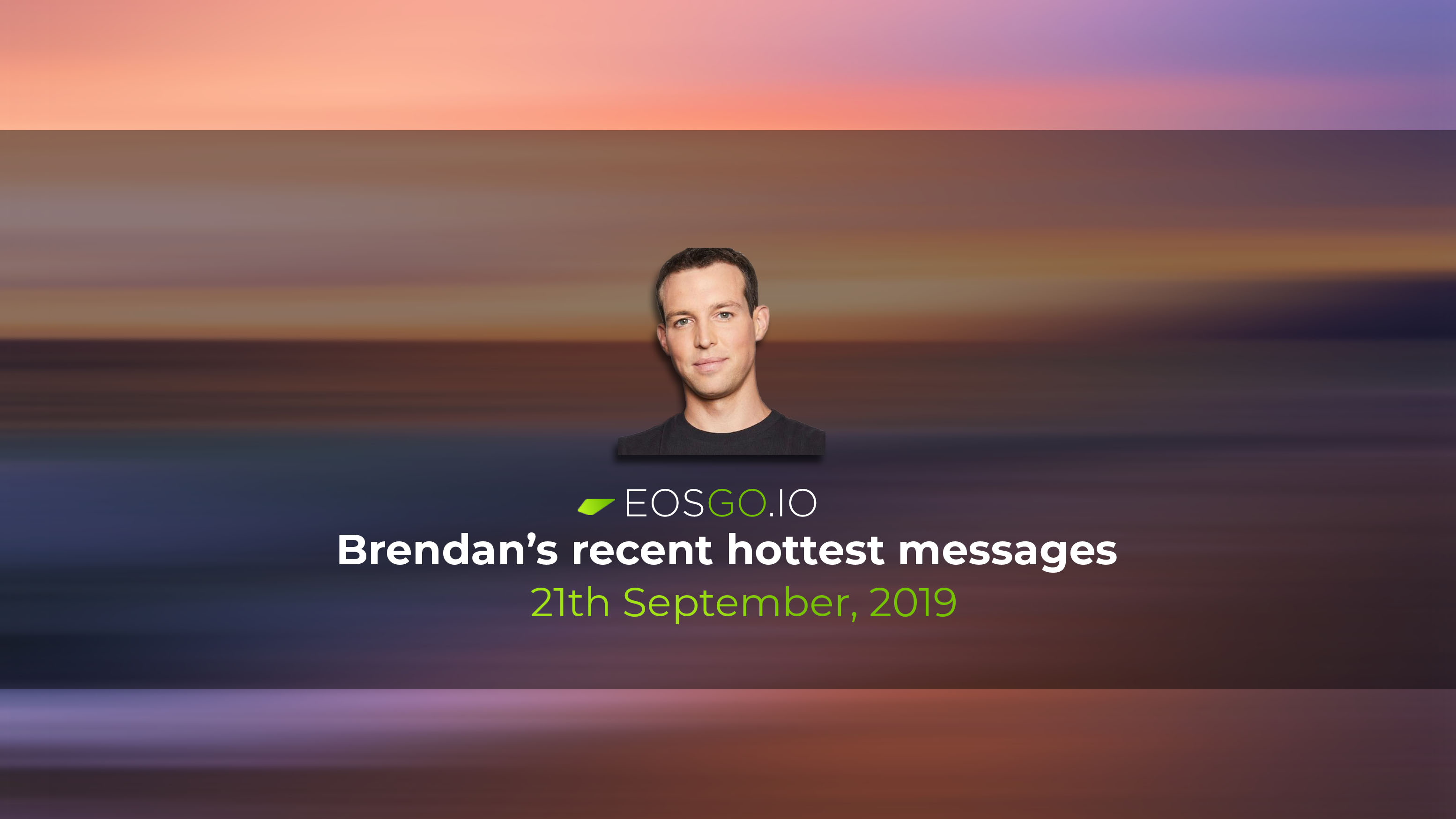 This weekend Brendan Blumer came back on Twitter to share his opinion about the latest community concerns, such as vote buying and manipulation, how to account for the performance of BPs and how to identify value-adding BPs.

While they were designing EOSIO, Block.One wanted to minimize the inflation rate of the network. Block Producers would compete over the number of votes, and voting rebate was already something they considered. 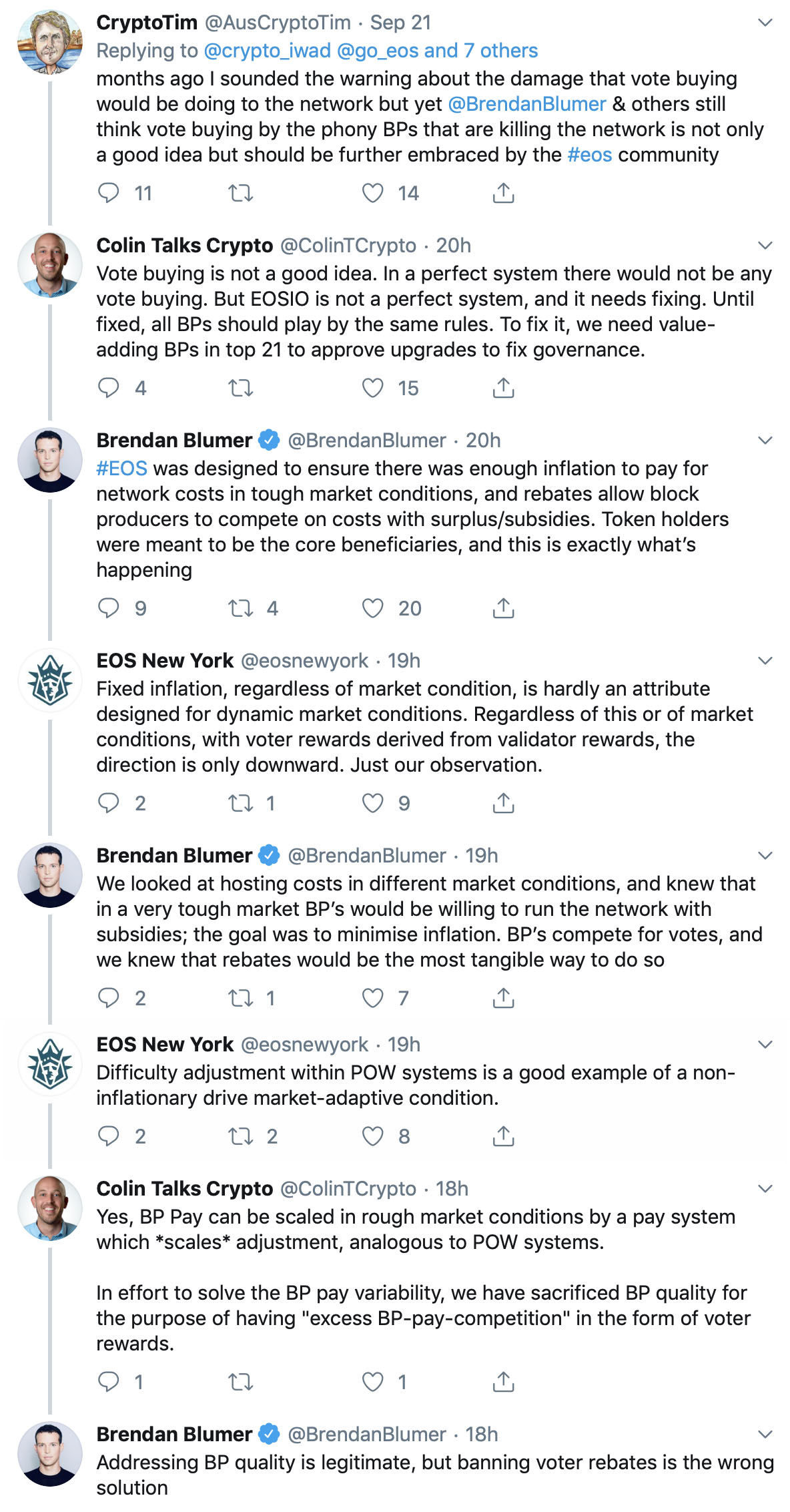 According to Brendan Blumer, PoW expenditure is non-productive, while dPoS is more efficient on performance and scalability. 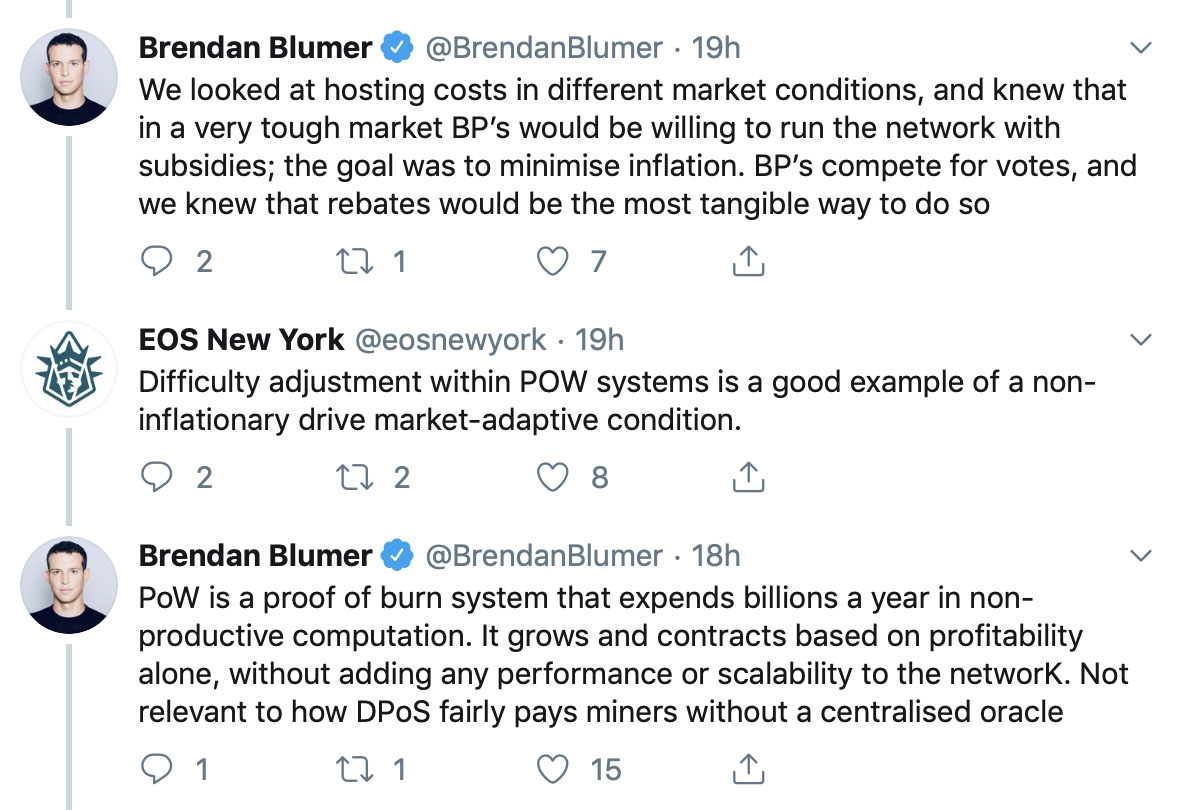 Brendan is in favour of voting rebates, and suggests that complaining about those who have been elected is counterproductive.

"Driving value on EOS means high-quality, long-term-thinking BPs who enact upgrades on EOS that are for the best interest of the network, and who are forward-thinking and not just caught up in day-to-day vote buying."

The EOS base-layer was designed to remain simple. According to Brendan, Block.One is always looking for new features to add on higher layers to achieve the same results. 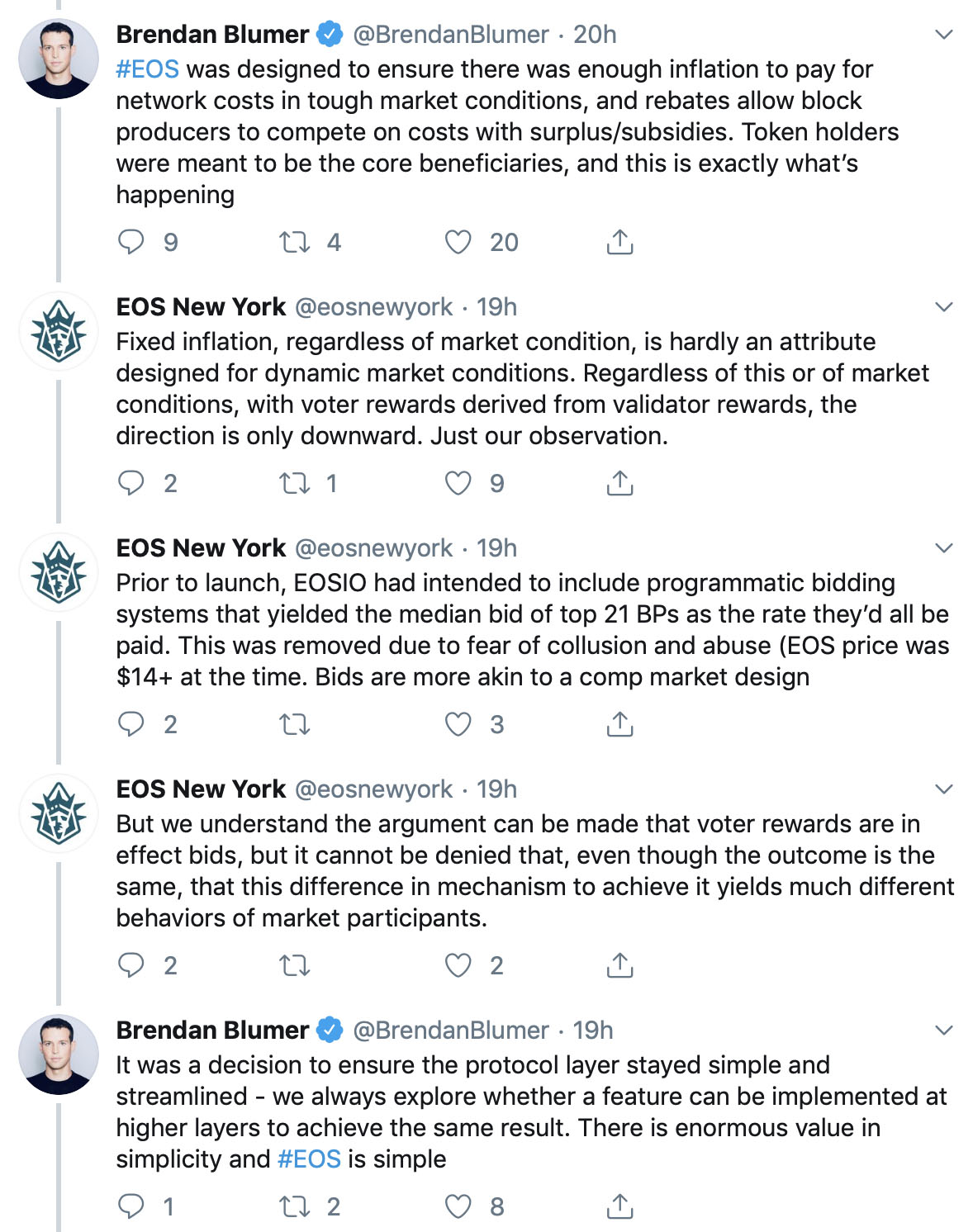 Brendan lists some metrics that he believes are needed to account for BPs. 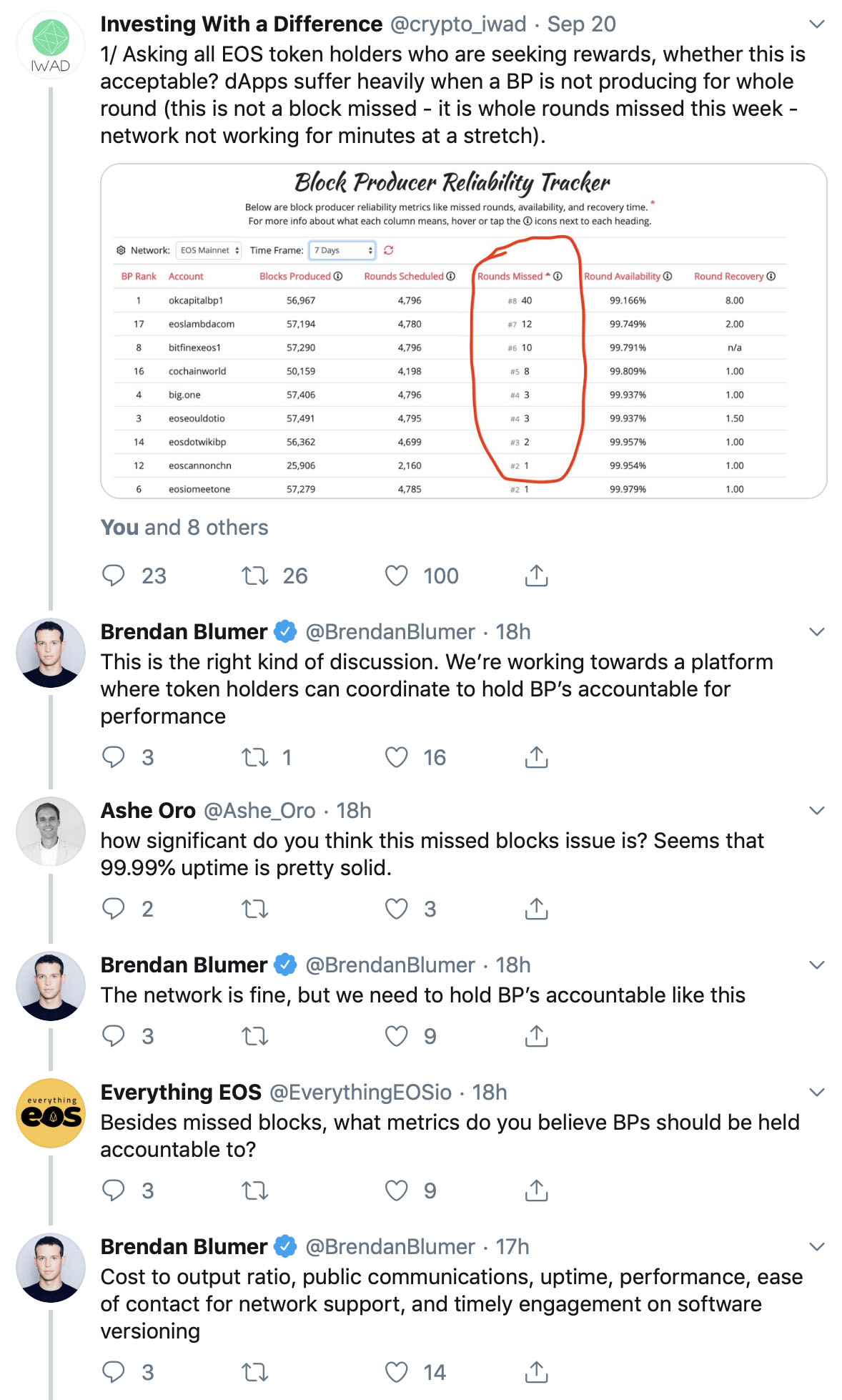 According to Brendan, voting rebates is a good way to make Block Producers compete and to return value to the token holders. In any case, BPs can be removed from the same token holders. 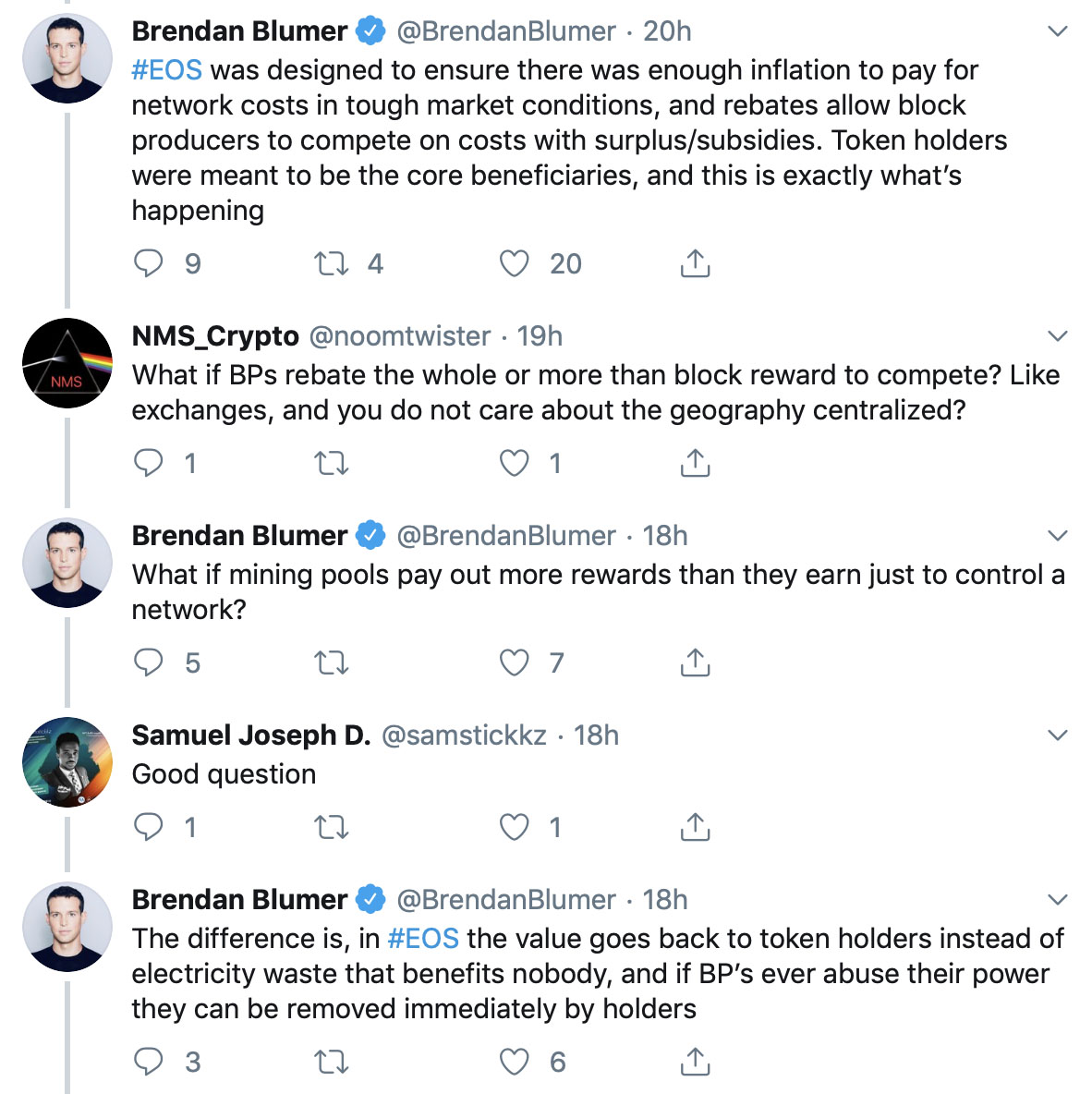